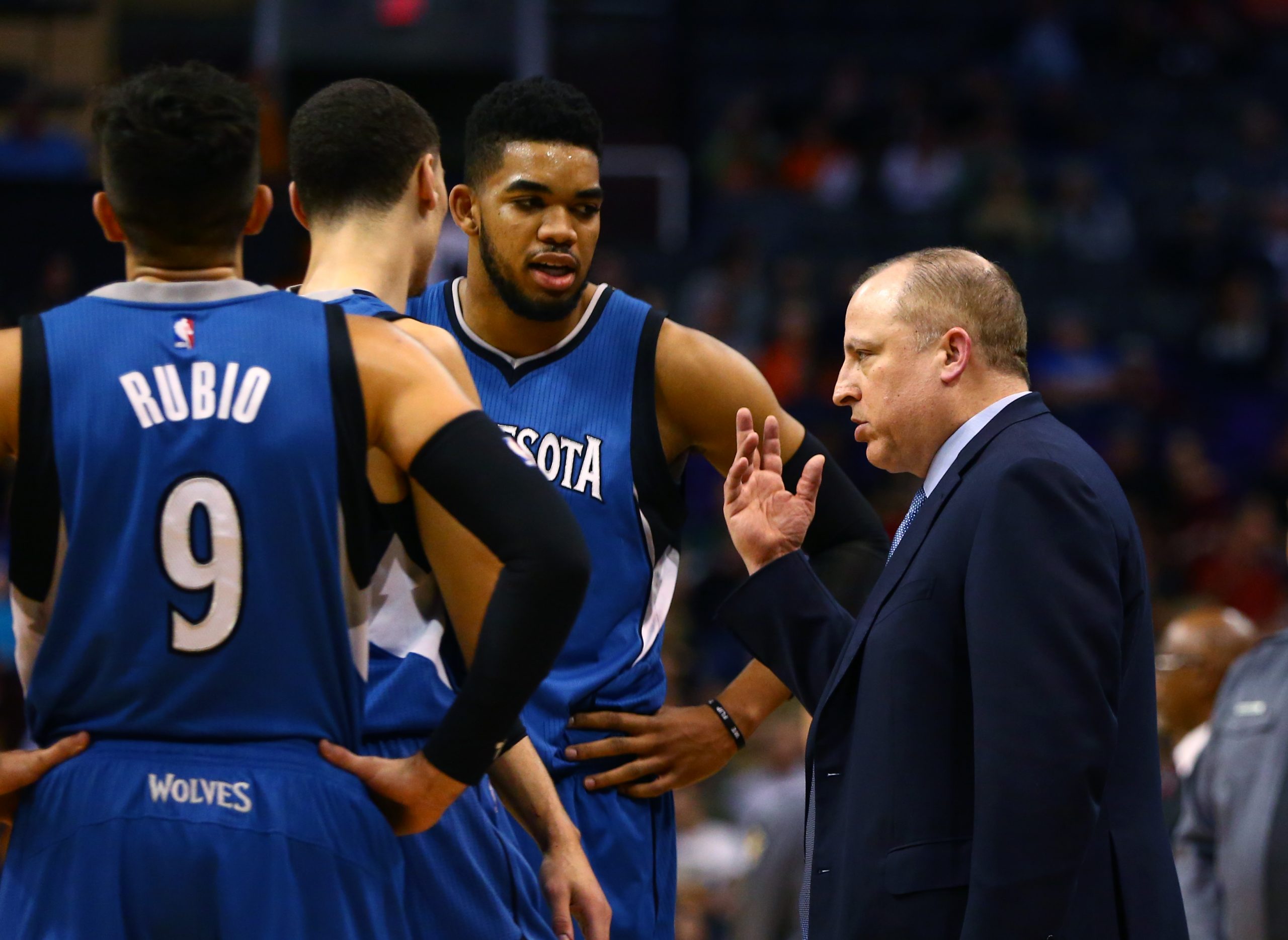 Well, we’re 27 games into 2016-2017 season and it’s safe to say Wolves fans may have been sniffing their farts a little prematurely last summer. Grand aspirations of a return to the playoffs and competitive relevance haven’t gone out the window, but they have been severely tempered by the team jogging out to a 8-19 start, the fifth-worst record in the league. Can you imagine the scorn and derision that would’ve greeted you last summer if you suggested that after the quarter-season mark, the Wolves would be even in the loss column with the just-happy-to-be-here Nets? And yet, the records speak for themselves.

There are plenty of reasons for frustration: blown leads, hashtag Turd Thirds, and a shockingly atrocious defense headline the list, but perhaps most vexing of all is the wildly inconsistent play by everyone from Brandon Rush to our beloved KAT. All the unmet expectations have prompted flailing excuses about youth, bizarre trade ideas, and click bait-y “hot takes”, yet one simple fact has remained for the most part undiscussed: just how incomplete this roster still is.

Consider this: even in the starting lineup, only three players have established their clear place in the future of this team — KAT, LaVine and Wiggins. Ricky Rubio, the team’s resident grey-hair, has long been defended passionately by Wolves media/diehards, yet he seems to lose supporters with each unimpressive game. Dieng has somehow managed to average career highs in points, assists and eFG% while regressing dramatically in most advanced stats: Win Shares, Value Over Replacement Player, Boxscore Plus/Minus, not to mention career lows in steal, block, and rebound percentage. Frankly, the eye-test backs up the advanced stats.

Meanwhile, the reserve play has been an absolute dumpster-fire — and not because they’re hot right now. The Wolves’ bench is bottom five in the league in the following categories: points (30th), field goals made (30th), field goals attempted (30th), threes made (28th), threes attempted (29th), three point percentage (26th), rebounds (28th), assists (26th), and blocks (27th), while playing the fewest minutes of any team in the league. If you’re wondering what the Wolves bench does well, the answer is: not much.

Now, Thibs is notoriously (over)reliant on his starters, so it’s possible that with more burn, the bench would produce more, but many of the numbers, especially those relating to scoring and efficiency, stay pretty steady if the stats are expanded to per-36 minute averages. Every step forward seems accompanied by several steps back.

Case in point: Tyus Jones has played over thirty minutes exactly twice in his NBA career: a two-game stretch in which Rubio was injured and Dunn wasn’t stepping up. In those two games, Jones put up a combined 22 points, 12 assists, nine rebounds and seven steals on 7-16 shooting and 50% from three. This back-to-back occurred in early November, and Jones seemed poised to secure himself a handful of minutes as the primary backup PG. Yet it’s been over a month since Jones scored more than six points or dished out more than three assists, and he’s only played six minutes the entire month of December, seemingly indicating that despite his solid play, decent advanced stats and apparent chemistry with the starting unit, he has lost Thibs’ trust.

He’s hardly the only one. Dunn has been pretty bad in his young NBA career, though he too has managed to accumulate multiple-game stretches of late where he seems to be putting things together, only to go back to his turnover-prone, reckless-driving and defensive gambling roots. Much the same could be said for Bjelica and Shabazz, who have both been major disappointments with only the briefest interludes of decent play.

So what do we really need?

How can we fix these issues?

1. Trade Rubio. Neither Dunn nor Jones are ready to be the starting point guard on a winning team, so shipping off Rubio would essentially be admitting another (final?) rebuilding season. Depending on who the Wolves get back in the deal, this would allow Jones and Dunn to split minutes as they duke out who will get the starting gig. It also would alleviate some of the pressure the big dogs have let get to their heads, though the possibility remains it could have the opposite effect.

2. There are several ways to address the need for another big man:

3. The solution for wing depth is actually already on the roster: play Wiggins as the backup shooting guard! During Wiggins’ rookie year, he spent 35% of his time at the two spot. His sophomore year that number dipped to 30%, but under Thibodeau, it has plummeted to account for just 6% of his time on the floor. Wiggins is a very good small forward, but he’s an absolutely dominant shooting guard. Playing him at the two gives him a size advantage over almost anyone he will face on a nightly basis. Since LaVine has proved for the most part that he deserves the starting 2-spot, Thibs should be playing Wiggins at shooting guard any time LaVine isn’t on the floor. This won’t help alleviate Wiggins’ workload, but it would allow the Wolves to run out an oversized line-up, say, of Dunn-Wiggins-Shabazz-Bjelica-Dieng, a lineup which has yet to play this season (though a version with LaVine instead of Wiggins has the highest point differential of any five-man unit this year).

While it’s easy to fantasize about another potential ROY on our roster, it’s important to remember that soon, Thibodeau and Scott Layden will have important financial decisions to make. Given the high likelihood of Towns and Wiggins receiving the “Designated Player” label afforded to two players per team under the new CBA, as well as the likely upcoming max offers LaVine will receive and possible Rose Rule contract Towns could play himself into, it’s possible that the next two summers could be the team’s last opportunities for a while to land a high-impact free agent.

So while it’s not sexy, one of the most practical approaches could be to sign a player like Serge Ibaka (who has regressed in recent years, thus hurting his contract value, but still has the ideal shooting/defensive skillset to fit alongside Towns) to a two-year deal while holding onto Rubio and drafting one of the big men listed above. That way, when both Rubio and Ibaka come off the books after two years of playoff appearances, their replacements are ready and waiting in the wings, rather than being thrown in the deep end with punctured water-wings and being told to swim up a class VI white-water rapid.

What do you think, readers? How do you want to see these missing puzzle pieces filled in? 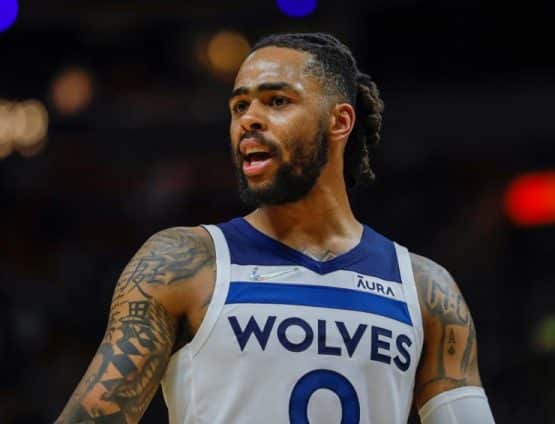 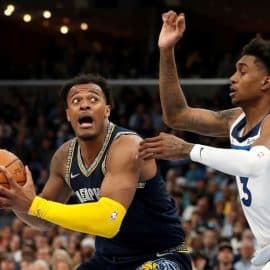 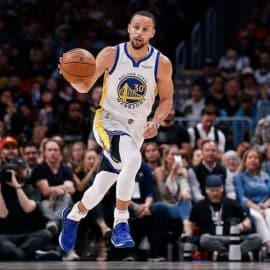 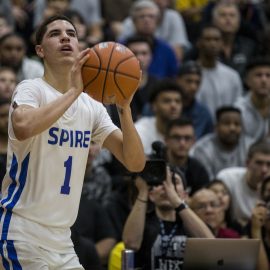 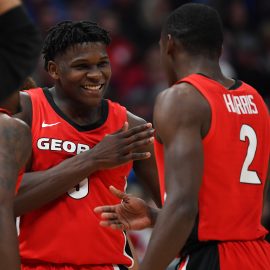