This Shannon’s Restaurant / Cardinals Drama Is Kind Of Juicy 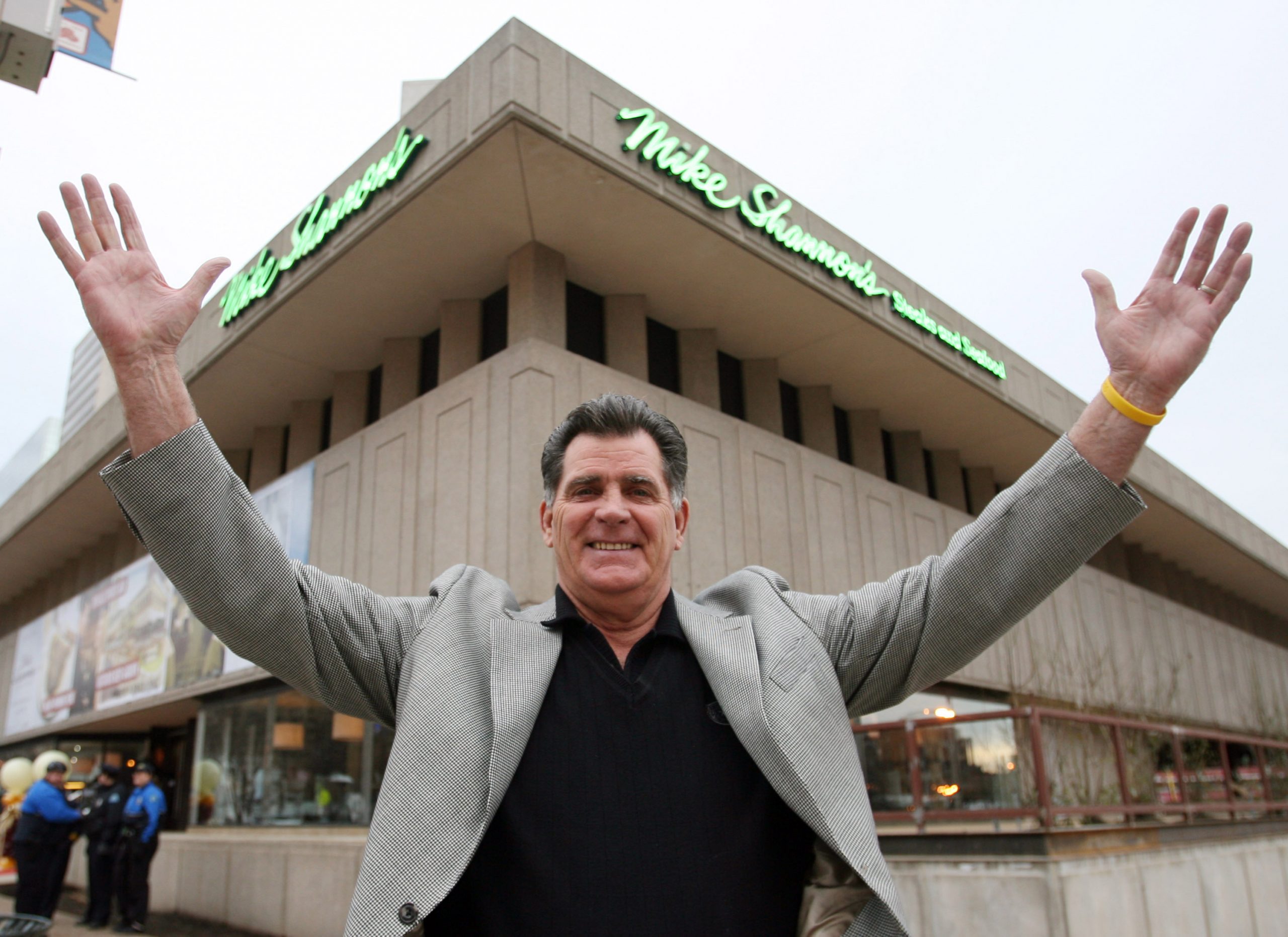 Hard to believe, but we’re approaching a whole year since Mike Shannon’s Steak & Seafood closed its doors after 30 years in downtown St. Louis (the most recent iteration on Market Street open since 2006).

Once a stalwart of pre/post game partying before Cardinals games, Shannon’s, like many downtown businesses, faced declining revenue in the shadow of Ballpark Village’s rise.

No hard feelings, though. It had a good run, right?

Shannon wants to sell the building and land that housed the restaurant to a developer, but a provision that the city of St. Louis granted the Cardinals is putting the brakes on any serious offers. Turns out anything built over 35 feet from grade around BPV is subject to the approval of the team.

From the STL Business Journal:

The city of St. Louis, St. Louis County, state of Missouri, and the developers of Ballpark Village — the Cardinals and Baltimore-based Cordish Cos. — must provide their consent to remove the restriction. The Cardinals and Cordish have refused to do so without seeing what would go on the property, worrying about proximity to Ballpark Village, the people said, adding that Shannon wants it removed without conditions.

Some have claimed that the Cardinals are anti-competition.

Cardinals President Bill DeWitt III said the team is not worried about competition, but does not want to release the restriction “for anything that would negatively impact the operations of our huge investment across the street.”

DeWitt cited a proposed free-fall amusement ride as an example of development that would be unacceptable. “They just need to tell us what the use is,” DeWitt said of Shannon’s team. “As long as it’s not obnoxious and detrimental to the district, we would approve it.”

As you would expect, Shannon is finding it hard to find any takers on the property knowing they’d be subject to this extra layer of approval. His lawyer is keeping it civil (for now), saying talks are ongoing.

With the retirement of Vin Scully this year from the LA Dodgers, Mike Shannon is now the 4th most tenured broadcaster in MLB. And – generally – when a person has banked that much goodwill with a fan base, he gets what he wants. Will that be the case here? Or will the Cardinals stick to their guns?

This could get very interesting.