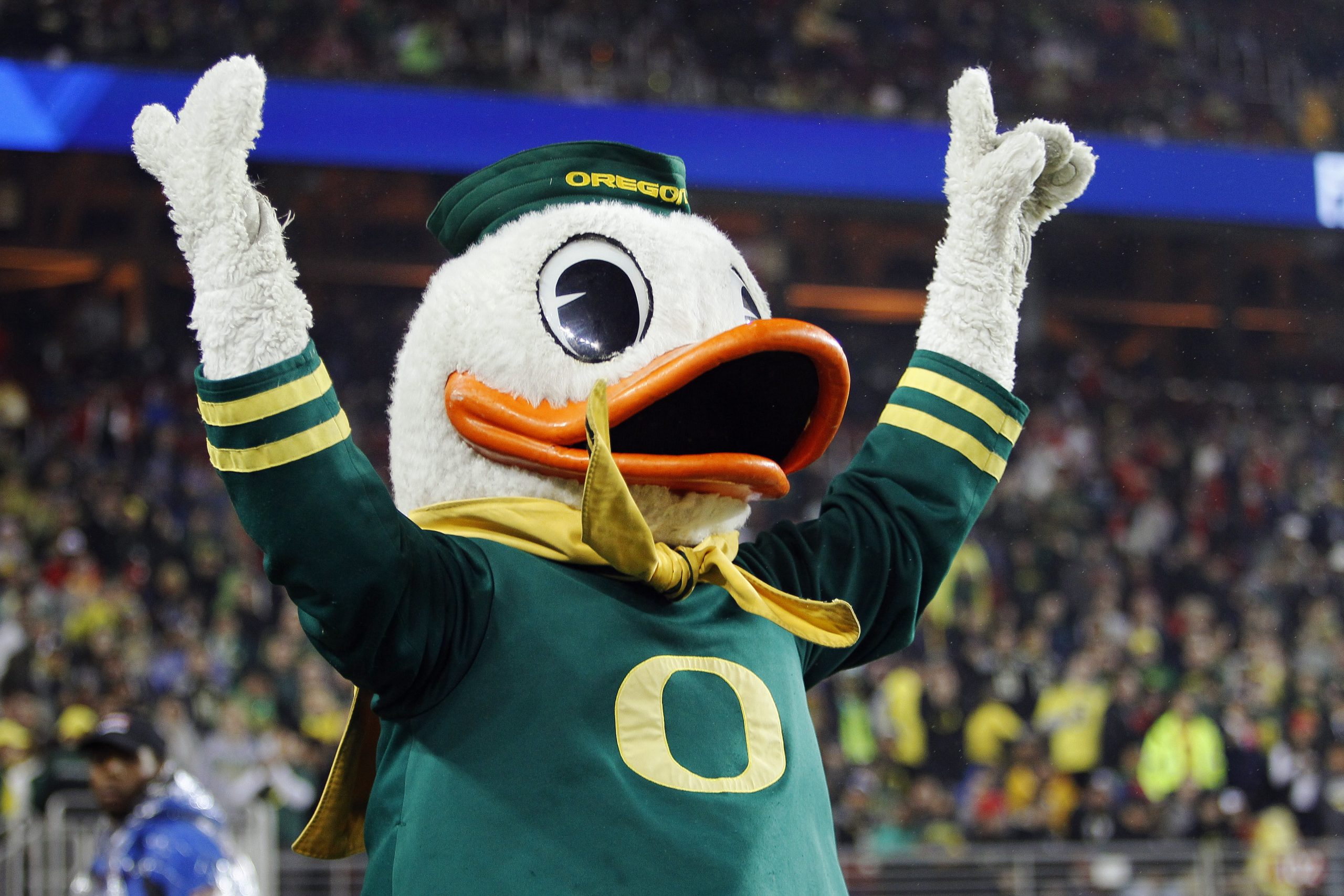 An incoming football coach has to shed the old culture and hire a new staff. He has to acclimate 105 or so kids to his way of doing things, his practice routines, his schemes.

For the Ducks, the cupboard is not only bare in spots, it has some mold and blistered paint. This is a kitchen where the smoke alarm has gone off a few too many times. The air is acrid and a little stale.

Trust Willie Taggart to open the windows and air everything out. He’s already brought a fresh coat of enthusiasm to recruiting and his early coaching hires, and secured a handful of major coups. Royce Freeman and Tyrell Crosby are returning for their senior seasons. Darrion McNeal, Jordon Scott and Thomas Graham joined the flock.

This is a team on the upswing. Next year’s offensive line will feature Crosby and four talented redshirt sophomores with a year’s experience. It will have a healthy Freeman to block for as well as a rising star in Tony Brooks-James. Justin Herbert will be coming off a freshman season in which he completed 63.5% of his passes for 1936 yards with 19 touchdowns and just four interceptions. He showed himself to be smart, athletic, and a competitor, a leader who won’t be satisfied with just a handful of wins.

Taggart’s enthusiasm and charismatic personality have set a wonderful tone in his first three weeks on the job, and he’s hired a defensive coordinator in Jim Leavitt who can match his fired-up, get to work style. The two will create an awesome accountability.

No reasonable fan expects the Ducks to contend for a national championship every year, and especially not next year.  There’s significant rebuilding to be done in the defensive front seven, an entirely new coaching staff, some holes to fill at defensive tackle and linebacker. The team has to readjust to 3-4 principles and new nomenclature. There will be not only hiccups, but a few belches and an occasional stomach ache.

It’s a much tougher conference than the one Oregon dominated in the dawn of the Chip Kelly era. Washington State coach Mike Leach recently told the press that quarterback Luke Falk is returning for his senior season. Chris Petersen has built a juggernaut in Seattle. USC is again the fast, talented team with almost unlimited resources, tapping back in to the tradition that made them a football power–they’ll face Penn State in the Rose Bowl on Sunday, a great springboard for Sam Darnold and the rest of his blue chip cast.

The Huskies and the Trojans will be favorites next year, and most experts will tab the Ducks for 6 or 7 wins.

Taggart and Leavitt are already busy on the recruiting circuit, and they’ve added two quality coaches to the staff in Jimmie Dougherty (receivers) and Donte Pimpleton (running backs). Both are energetic recruiters.

Change happens, and in many ways had to happen, but the two coaching dismissals I most regret are Gary Campbell and Steve Greatwood, two exceptional mentors who contributed so much to the rise of Oregon football.

Rebuilding is hard, but after three event-filled weeks it’s evident the Ducks chose the right contractor for the project. Willie Taggart is busy doing something. I believe he’ll succeed in restoring the pride and competitiveness to Oregon football, and 2017 will be much more entertaining. There will be an improved effort.