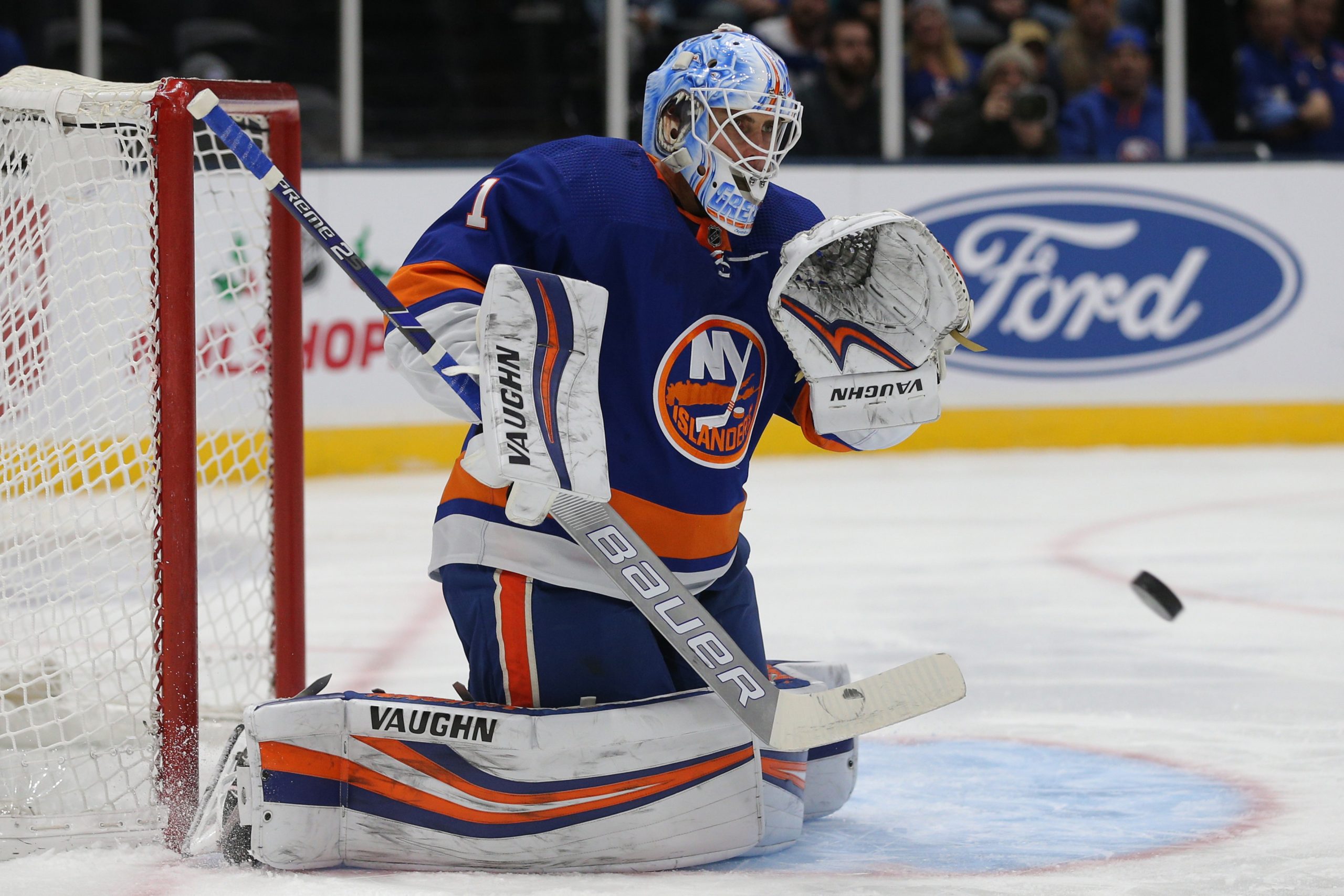 Thomas Greiss was off to an exceptional start this season. Posting a 10-2 record, a .931 save percentage and a 2.16 goals-against average in 13 games to start the season, it seemed his success from his career-best 2018-19 campaign had carried over.

That all changed when the calendar turned from November into December.

In his six games in the final month of 2019, Greiss has truly struggled. He has one win in six tries, with an abysmal .894 save percentage and allowed 3.77 goals per game.

It gets worse if we look deep into his last three starts during which he has been pulled twice and has zero wins. Greiss has looked lost and struggled to track the puck.

Against Nashville back on Tuesday Dec. 17th, Greiss was pulled after allowing five goals on 15 shots in the 8-3 loss.

Rocco Grimaldi pushes the Nashville lead to 2! What a tough shot, what a beaut!#Preds pic.twitter.com/vhC72VF7NS

We can look at those two goals and think the first one was a great feed from behind the net and that the second one was a defensive breakdown. The first goal was truly a stellar pass, but Greiss’ reaction was too delayed leading to the goal.

On the second goal, Greiss made a pivotal mistake.

A goaltender’s job is to anticipate and react, however, on this goal, Greiss cheated to the middle anticipating a pass. When the shot came he was not in the proper position to make a save.

On Friday, in a pivotal matchup against his former counterpart in Robin Lehner, Greiss just did not show up. Head coach Barry Trotz did not like what he was seeing and pulled the struggling netminder after allowing three goals on 11 shots with still time to play in the first period.

It seems that these types of goals are happening at an alarming rate.

In the start in which he wasn’t pulled, Greiss still did not play his best hockey.

That was a shot that Greiss needed to have, as his positioning is spot on, yet the puck ends up going five-hole.

And on that fluttering shot, Greiss could not control his rebound, which went directly to Garianov who stuffed it into the net.

Besides Greiss not playing to the best of his ability, the team in front of him has struggled in their own zone with costly turnovers. Putting the puck into the back of the net has also become an issue.

In those 6 games, the Islanders have scored just 10 goals while Greiss has been in the crease.

Greiss’s counterpart Semyon Varlamov has fared much better in the month of December posting a 5-0-1 record, with a .917 save percentage and a 2.43 goals against average. In those 6 games, the team had scored 19 goals.

These issues have been consistent over the team’s last 10 games, leading to a mediocre 5-4-1 record.

Friday against the Blackhawks was the first time this season that Thomas Greiss has been rewarded with back to back starts. It might also be the last time for a while.

If this lackluster play continues, Trotz will have no choice but to name Varlamov as the starter.

With the new year around the corner, hopefully December was just a fluke and Greiss can find his game. With the division getting away from the Islanders, they certainly need a strong Greiss if they want to have more success down the stretch.