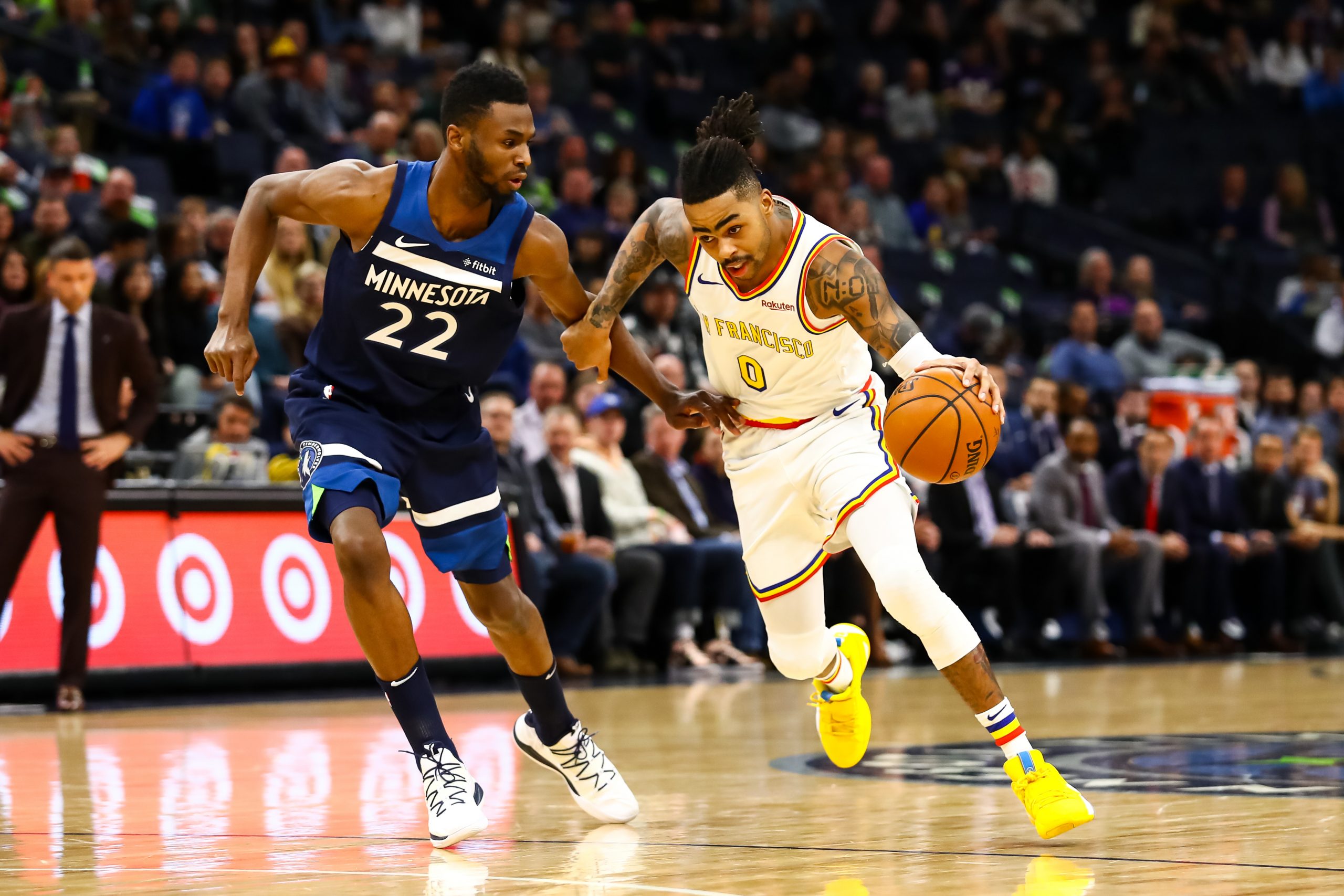 Before anything starts circulating, let me start out by saying this is a purely hypothetical article, with no sourcing behind it. These are three hypothetical trade scenarios that I think the Timberwolves should offer/accept if the Warriors were willing to agree to the deal. With D’Angelo Russell being on a max contract, I hesitate giving up too much for a player that might not vault the Wolves into a high-tier contender alongside Karl-Anthony Towns. With that said, the Wolves need a point guard, and D’Angelo Russell fits a lot of the team’s holes at that position. Additionally, he’s extremely close to Towns, which would surely make the big man a lot happier. With that said, let’s get into three trades that I would do if they were on the table.

I’ve gone on the record on Twitter saying that I would only part with one of the following in a D’Angelo Russell trade: Robert Covington, Jarrett Culver, and the 2020 unprotected first-round Pick. I think those are the most valuable assets the Wolves have to offer and that they would be willing to part with. In this deal, RoCo is the main asset going to Golden State, giving them wing stability when Steph Curry and Klay Thompson are back healthy next season. Acquiring Covington would give Golden State one of the top defenses in the NBA with RoCo, Klay, and Draymond Green, along with not hurting their spacing on offense.

Additionally for the Warriors, they are getting off on about $4 million in the trade, eliminating the luxury tax bill for this season. Furthering the deal, the second-round picks, looking like high second-round picks, would give the Warriors the flexibility to add young talent, or package those picks for another role player down the line. For Minnesota, getting their guy without having to part with their 2020 first-round pick would be a plus. They get their point guard of the future without giving up more than one of their main assets.

The second scenario that I would accept in a trade to acquire D’Angelo Russell would be parting with Andrew Wiggins and the Wolves’ unprotected first-round pick for this season, projected in the top-7. The Warriors are rumored to want draft assets in any trade involving D’Angelo Russell and this would surely be one of the best draft assets they could realistically acquire. Receiving Minnesota’s 2020 first would give the Warriors the chance to have two top-10 picks in June, with the potential of both picks being in the top-5. Again, the Warriors could use those picks to infuse their team with quality young talent, or they could package one or both of the picks to acquire a veteran that fits with the Splash Brothers.

With Andrew Wiggins, I have no idea how Golden State feels about him. Wiggins has had one of his better seasons in the NBA this year, finally showing the ability to rebound and pass, along with his confusing scoring outputs. I think a scenery change could do wonders for the former top pick in the 2014 NBA Draft, as Timberwolves fans have continued to be increasingly frustrated with his play. For Minnesota, getting rid of a projected high draft pick isn’t ideal, but it is widely considered a weaker draft, so this would be the year to do it. While some may still have hopes for Andrew Wiggins, his fit and effort has not been consistent throughout his career in Minnesota, and his contract far outweighs his performance on the court. Additionally for the Wolves, while it may be hard to move on from Wiggins if they think the potential is still there, bringing in Russell on a max contract with Wiggins and Towns also being on max deals ties their hands for the extended future. Finally, not trading Robert Covington in a Russell deal would allow them to shop RoCo to contenders around the league and restock some draft capital.

In a similar deal to the first one, I think the Timberwolves should be open to trading Jarrett Culver if it brings back D’Angelo Russell. Culver has looked a lot better since the start of the new year, but being able to get D’Angelo Russell without giving up Covington, or the 2020 first-round pick would be worth it. The Warriors would get a young player that is controllable for the next four years, who has a good amount of potential. Like the first trade scenario, they would get additional draft assets that they could flip for a role player to play next to Curry and Thompson next season. While this trade wouldn’t put the Warriors completely below the tax line, it would lessen the hit by moving them toward just $1-2 million over the tax line.