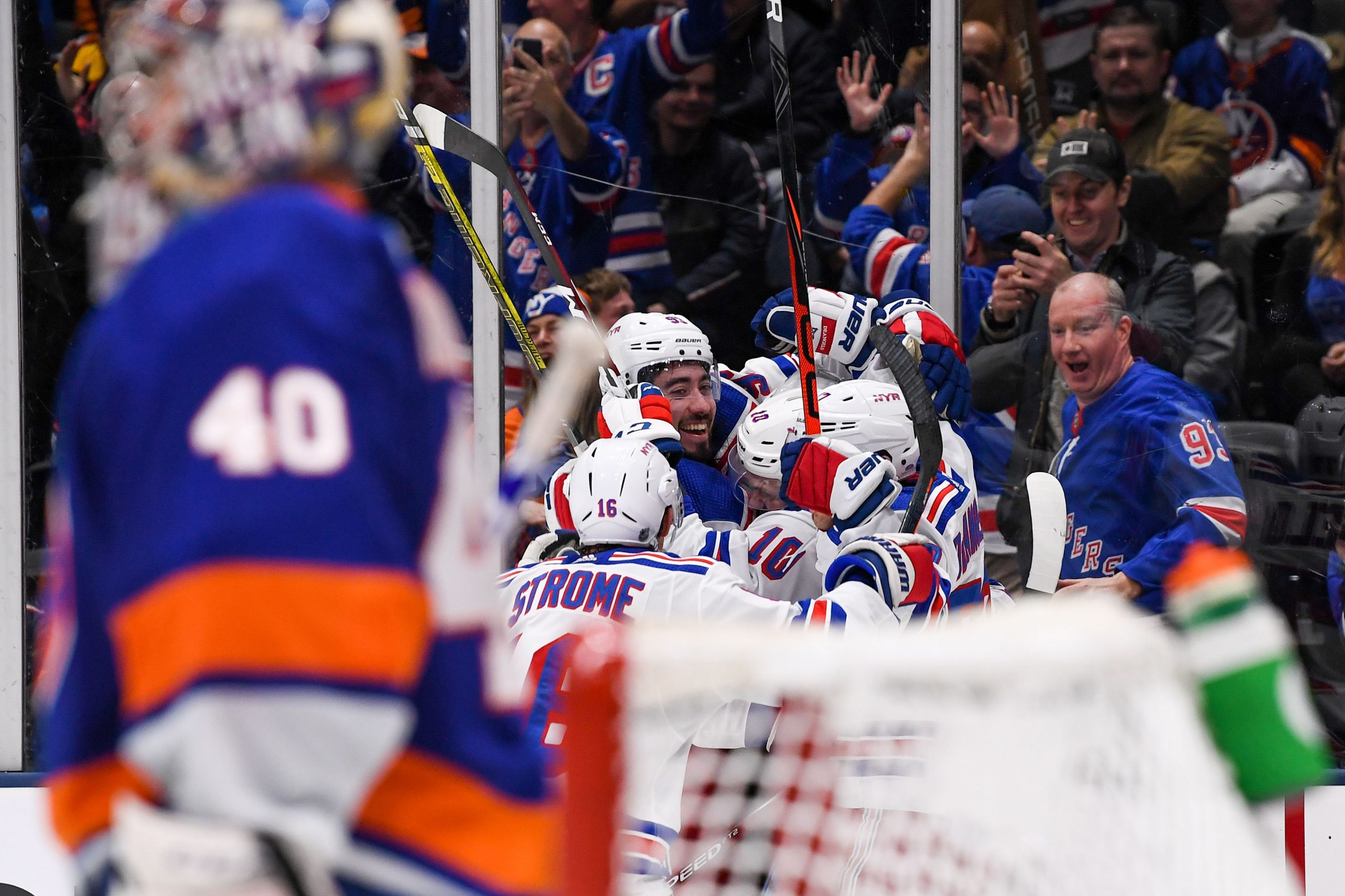 Josh Bailey and Anthony Beauvillier scored for the Islanders, and Semyon Varlamov made 25 saves.

Below are three takeaways from the Islanders’ loss to the Rangers.

call it the power(less) play

The Islanders went 0-for-5 on the man advantage on Thursday night and special teams proved to be one of the differences. By comparison, the Rangers scored twice during their five power-play chances, which included Mika Zibanejad’s goal that tied the game at one and Kreider’s goal that won the game.

The Islanders’ power play spent a lot of the time passing the puck instead of putting shots on net, which allowed the Rangers to break up a lot of chances.

“I think we had some chances,” Islanders coach Barry Trotz said. “The best chances, I thought the goaltender stepped up and those guys become your best penalty killers. Right now I have some emotion, obviously, we lost in the last few seconds there. We’ll look at (the power play) thoroughly and reassess it again.”

The Islanders’ best power play of the night came on their last man-advantage opportunity in the third period. Alexander Georgiev made a pair of impressive stops and then Jordan Eberle rang a shot off the crossbar.

“They had their power plays and we had ours,” Anders Lee said. “I think they had two (power-play goals). You look at it that way we didn’t match their special teams, but overall it’s a full 60. It’s 5-on-5, it’s 4-on-4 the whole game. I think we’re right there. Credit to their goalie and timely scoring for them.”

Whether you agree with the call or not on Derick Brassard, the Islanders needed to be able to kill that penalty. The argument can certainly be made that Jesper Fast embellished the crosscheck, but that’s when the Islanders need their penalty killers to step up.

Brassard was visibly upset when the locker room opened up to reporters after the frustrating loss to the rival Rangers. Part of his anger was aimed at the timing of the call and who made it.

The penalty came in the closing minute of the third with the game tied at two. Also, the ref that made the call was out in the neutral zone and not the one right in front of the play.

“I still can’t believe that was a call there in the corner,” Brassard said. “It’s not a good feeling we just lost a game. It was a really good hockey game and they call that with a minute left. The ref in the corner had nothing, but the guy in the neutral zone deciding to call that. It is what it is, but it was just a good hockey game. It’s too bad it ended up like that.”

frustration abound for the islanders

The Islanders put up 22 shots in the first period and battled back to tie the game with 7:20 left in the third, but still the Islanders couldn’t come away with two points.

What made it sting more was how close they were to picking up at least a point in the standings and forcing the game to overtime.

The Islanders did catch a little break on Thursday with some of the teams around them also losing. Pittsburgh fell to Boston and Caroline lost to Columbus, so the Islanders remain three points back of Pittsburgh and four points in front of Carolina.

That’s crucial with their next three games against divisional opponents. The Islanders host Washington on Saturday, travel to Carolina on Sunday and then face the Rangers for the third time on Tuesday.

“I felt like we deserved at least a point,” Trotz said.