Three Takeaways from the Islanders win in Minnesota 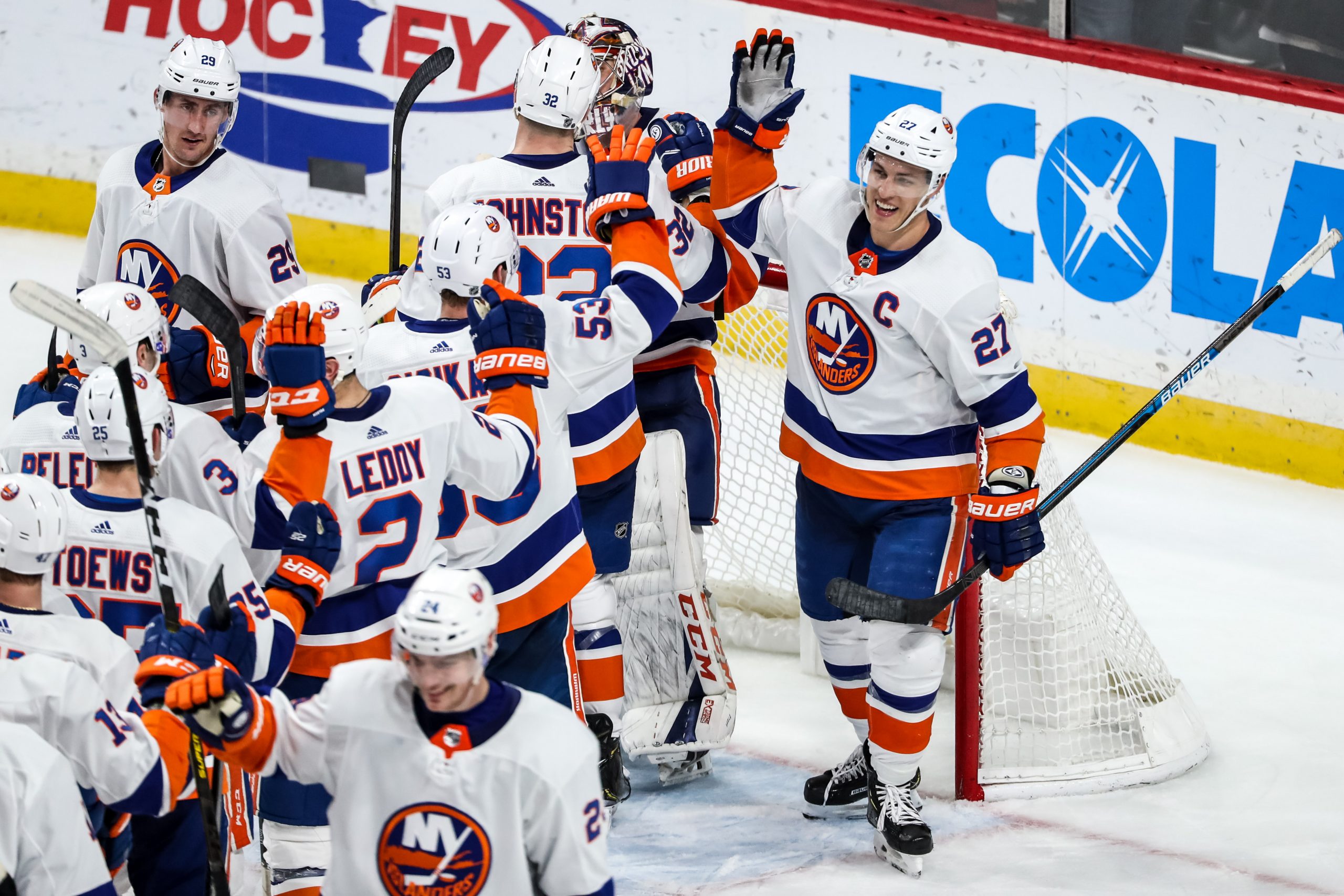 Coming into the game against Minnesota, the Islanders needed to try to find a way to stop their three-game skid. The only way to do so would be to get back to the basics and play to this team’s strengths. After trailing 1-0 for 40 plus minutes, the Islanders were able to come back and take the game by a score of 3-1.

Over the Islanders’ last handful of games, particularly the last three, scoring was a major concern. The Islanders’ top players Mathew Barzal and Anders Lee seemed to be the only ones putting goals up on the board, but they could not do enough to carry the team to victories.

This team, over the last year and a half, has had success when each line is rolling and that was something head coach Barry Trotz stated needed to happen for the team to be successful.

Sunday’s victory came with help from some unlikely heroes making plays and putting pucks in the back of the net. The stars of the team did not have to carry the majority of the workload to leave Minnesota with two points.

After trailing 1-0 following two periods of play, Ryan Pulock was able to get the Islanders on the board early in the third.

The other two goals in the contest would come from Matt Martin and Thomas Kuhnhackl, two players that are not known for their goal-scoring prowess.

The sweet dish by Leo Komarov set up what would be the game-winning goal and Martin’s third of the year. Komarov has been a player that has been in and out of the lineup and to see him come through in a pivotal situation for the struggling Islanders is a great sign for his confidence.

“I just have to play my game, be physical, forecheck hard, and play good D, and when I get my chance I am just trying to do my best,”  Komarov stated following the win.

we LOVE to see it 😍 pic.twitter.com/Qv7qoVhiLA

Kuhnhackl was able to register his first goal of the season, after missing significant time with a lower-body injury. After the game, Kuhnhackl broke down the Islanders’ mentality over the 60 minutes of action.

The Islanders tonight outhit the Minnesota Wild 18-7 and the Wild are not a team that is used to being pushed around. Big hits tonight from Martin and company helped the Islanders stay close when trailing 1-0, and then helped maintain their eventual two-goal lead.

Twelve Islanders registered hits in the win, with Martin and Leddy registering three to lead the pack. We even were witness to Jordan Eberle laying the body a few times in this one, as guys were doing what they had to do to control not only the momentum, but the pace of play as well.

With goaltending being a major concern as of late, Semyon Varlamov continued his strong December play. Tonight’s game was simple for Varlamov who stopped 25 of 26 shots. His positioning was spot on, and his ability to track the puck resulted in a limited amount of rebounds. He was able to take home the second star of the game, as even with the team struggling to score after 40 minutes, Varlamov gave them the chance to come back and pick up the important two points.

“You’ve got to make extra saves because the team needs that from the goalies,” Varlamov told Newsday’s Andrew Gross. “If you cannot make saves, you cannot win the games. As goalies, our job is to go out there and give our team a chance to win.”