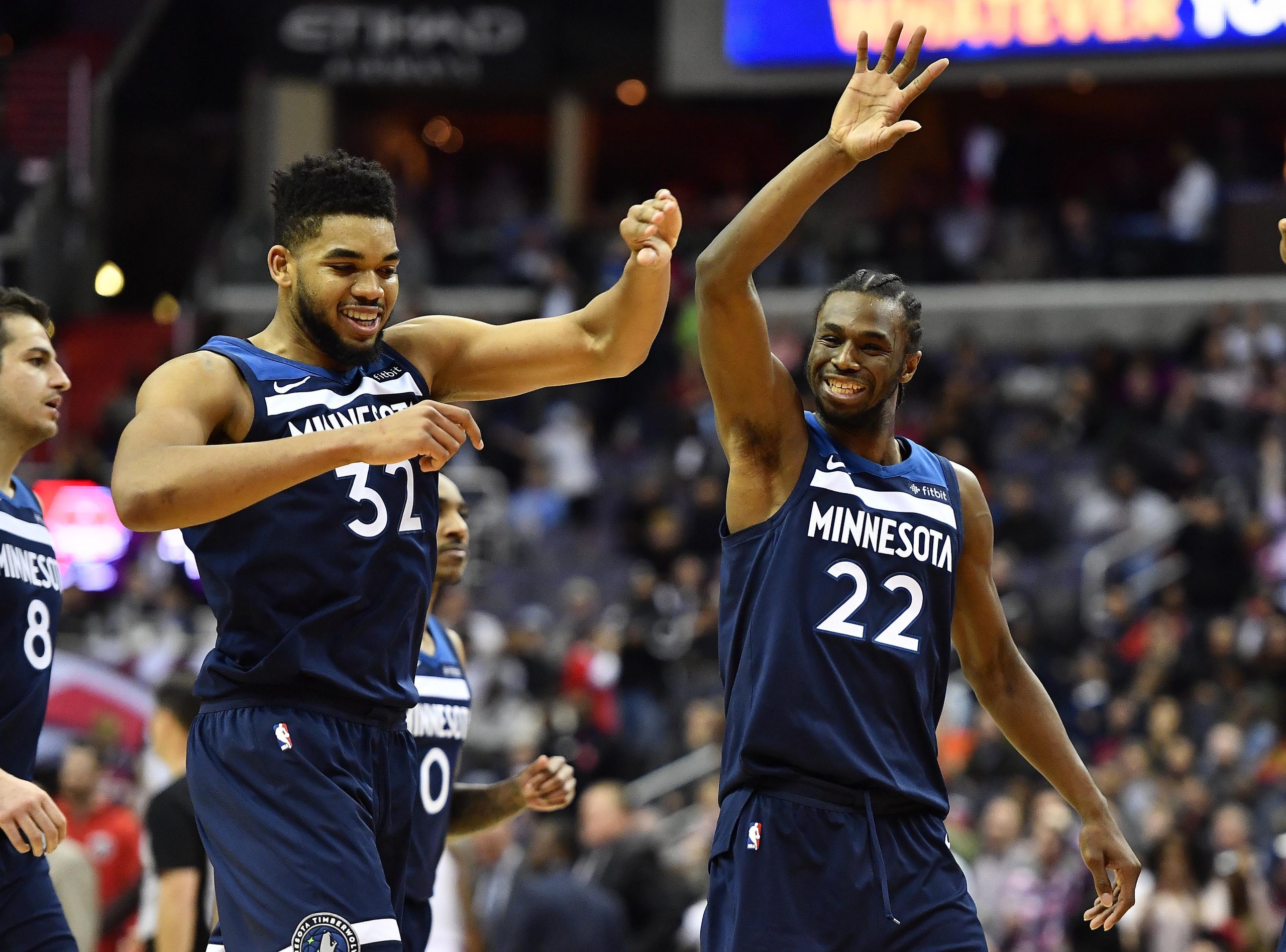 Another nice win for the Wolves. Bjeli/Towns were massive down the stretch

Takeaways:
1) Huge comeback win
2) KAT carried the team first 3 quarter
3) The rest of the team showed up in the 4th
4) KAT big down stretch again
5) Wig 16 pts but only 1 reb & assist
6) Tyus and Jamal good off bench

This is one of the best defensive possessions I have ever seen from Andrew Wiggins because it doesn't stop.

What a gritty #Twolves win!! 2 tough Ws inarow! Towns has been fantastic lately. Bjelly has been a stud. Tyus doing TYUS things. Love the grit in the 4th! #AllEyesNorth @1tyus @karltowns @nemanjabjelica

I wish I stayed home and watched the Wolves game on tv instead of going to the #MNWild game tonight. I’d be in a way better mood right now. #AllEyesNorth

T-Wolves took the dub again!! KAT is so gooooood!!! #AllEyesNorth