Time to re-name this thing to Seahawks blog? 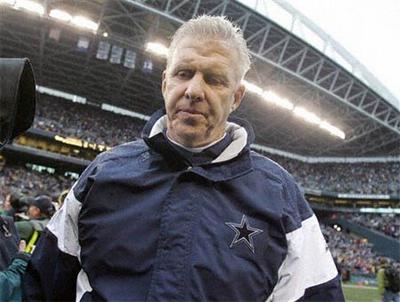 This just in – the Big Tuna is pissed!

Seriously though, that must be one of the top 5 greatest W’s in Seahawks history. With all the adversity, for Hass to take the bull by the balls and drive them into the endzone to tie it up, without his top THREE WR’S (DJack, Engram inactive, Jerivicius out with a stinger) against a top-flight defense, is just HUGE. This is the kind of game that changes an entire personality of a franchise, and who knows? Maybe in the near future, they’ll look back to this game and say “yeah, that was the game that made this season.” In the wide-open NFC, anything can happen!

By the way, Lofa Tatupu. WOW. I keyed on him the whole first half of the game, and I swear, it’s like he’s reading minds. It’s amazing. I’ve never seen a guy anticipate so well. He moves players around, in complete control of what is happening, and never, ever takes a false step. It’s amazing. Next chance you get to watch them play, for a series or two, just watch him in the middle. Sure, he’s on the small side, but he has something that you just can’t teach – instincts for this game beyond any rookie linebacker to come into the NFL in years, and he’s a GIGANTIC difference from last year to this year! There was an article at Seahawks.net in the beginning of the year, after Lofa won the MLB job, that said the Pats were frantically trying to trade up in front of Seattle to pick him in the 2nd round. He’s exactly that brainy, instinct, winning, team-first type of guy that Belichick gets hot for, and Ruskell nabbed him! What a tremendous pick.

Also, Walter Jones – another WOW. They had iso cameras on his so-called “battle” with DeMarcus Ware, but what a domination that was. Ware didn’t even sniff a sack, and only had one TFL on a Alexander cut-back. That was it. In fact, in the first half, there was one play where Walt just drove him 15 yards up the field behind the play! Another time Ware took like three steps, and Walt just shoved him to the turf! Truly, Walter Jones is the greatest tackle in the NFL right now, and will be wearing a yellow blazer in Canton some day. Put that in INK. Just like Lofa, when you watch them play again, just watch what happens when Walter blocks. It’s just amazing how much better he is vs. the guy across from him.