Tips Before Tipoff: 76ers at Clippers 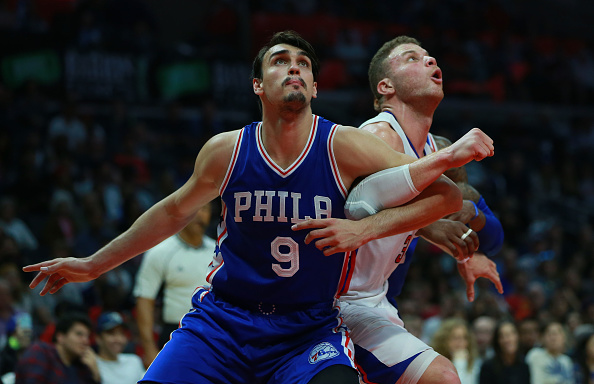 The LA Clippers are returning home for 1 quick game before going out on a 5 game road trip. Prepare for J.J. Redick to potentially go off for 20+ points tonight in his return. The Clippers may be playing the worst Basketball they’ve ever played in the last 7 years, having lost 7/8 games. They look to snap their 5 game losing streak tonight against the Philadelphia 76ers. These aren’t the 76ers of old, so the Clippers will need to bring their A-game. Their A-game consist of – pushing the pace, and playing aggressive defense.

The 76ers are 25th worst defense team in the league, allowing opponents to score 109.8 PPG. However, they’re also the 4th best rebounding team, at 47.6 RPG. That means the Clippers need to attack, and they need to attack fast. Push the pace as fast as possible to expose the 76ers defense, and don’t allow any of their big men to establish themselves. The Clippers need to shoot decisive shots with a pace like this:

If a team is a bad defensive team, then there’s no reason to shoot poorly forced jump shots. Move the ball, push the pace, and attack.

The 76ers are a top 10 offensive team (107.9 PPG), that are also 2nd best in assists per game (26.3 APG). However, their achilles heel is that they are tied as the most turnover prone team in the league (17.8 TOVPG). The Clippers have to interrupt the ball movement of the 76ers; they need to interrupt Philadelphia’s offensive flow by aggressively staying in their face. Los Angeles needs to make the 76ers too scared to shoot the ball, and have them make unnecessary extra passes. Hopefully with Patrick Beverley back, he and Austin Rivers can be the dynamic defensive back court that they previously were.

Wild Card Prediction: The Clippers will win by 10+ points.