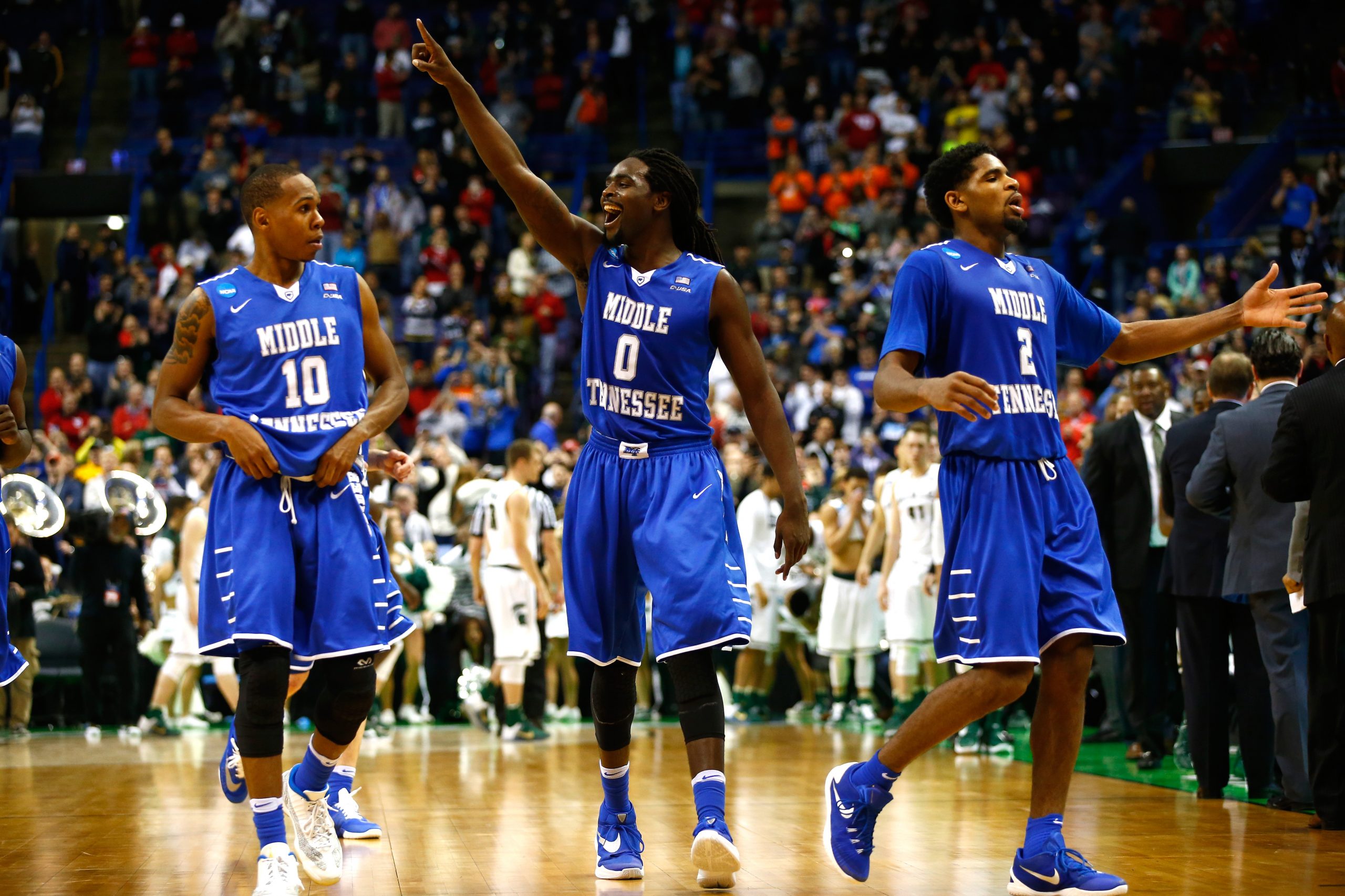 Most of us really want to watch the powerhouses compete in the biggest games – even if we say otherwise. Still, George Mason University won’t soon be forgotten. Cinderella stories will always have a special place in our hearts, even if they don’t feature a player of Steph Curry’s caliber. A few of us here at The Lottery Mafia got together for a roundtable, in which we reveal our favorite underdogs for the NCAA tournament.

Joshua Cornelissen: Middle Tennessee State – Perhaps they are stretching the bounds of “underdog” since they beat Michigan St. handily last year, but this team is again a low seed (12 this time around) with talent above its line. It brought back the same core as last year’s squad, plus the C-USA player of the year JaCorey Williams is an addition after he transferred from Arkansas. This team is not hoping to pull out a win – they are expecting it. Against a Minnesota squad hailing from the tenuous Big-10 and playing above their heads this season, the classic 12-5 upset is almost a given. But beyond that, a Butler team that looked shaky at times down the stretch may await in the Second Round, and the Blue Raiders should not be counted out of that game either. At this rate, out of any game, period. Middle Tennessee State to the Sweet Sixteen!

Gabriel Allen: Southern Methodist University – Most people couldn’t tell you that SMU is located in Dallas, Texas, a widely known qualification for all Cinderella hopefuls. More importantly, they have lost only once since November, and they’ve got a star Duke transfer in Semi Ojeleye, whom Draft Express recently moved into the first round (No. 28) of their 2017 NBA Mock Draft. The Mustangs aren’t a deep team, typically playing just six guys, and that could be troublesome if they get tired as the tournament goes on. However, they’re very good at defending without fouling, a stout defense capable of holding opposing clubs well below their season average. What I like most about SMU though is their combination of size and versatility on both ends. Shake Milton (6-5, 190 lbs., 6-11.5 wingspan), Sterling Brown (6-6, 230 lbs.), Jarrey Foster (6-6, 220 lbs.), Semi Ojeleye (6-7, 235 lbs., 6-10 wingspan), and Ben Moore (6-8, 205 lbs.) can all switch screens and cover multiple positions, and Moore (their center) is the only one whose shot doesn’t extend out beyond the arc. Sixth-man Ben Emelogu (6-5, 215 lbs.) isn’t as quick or agile as the fellows in the starting five, but he hustles his butt off and sinks threes. These guys share the ball well, defend, and know their roles. There are no egos. The Associated Press ranked SMU 11th in its latest update. But since they enter the event as a sixth seed that might have to beat both Baylor and Duke (assuming the Mustangs advance past Providence or South Carolina in Round 1) in order to reach the Elite Eight (where they’d likely face Villanova), the small-ballers from SMU can still be considered underdogs.

Ilia Shatashvili: Florida Gulf Coast University – The winner of the Florida State-Florida Gulf Coast game has a serious chance to make it all the way to the Elite Eight. What makes FGCU an “underdog” with serious Cinderella potential is that they actually matchup very well against the tough FSU team, and this popcorn-worthy first round game could truly be a toss-up. Aside from playing a much weaker strength of schedule, both teams rely on a 10-man deep roster plus their length and athleticism. FGCU finished their regular season with a bang, winning the Atlantic-Sun conference and conference tournament. Also, this 14th seed has had some recent success shocking the world in March. In 2013, as a 15th seed they knocked out Georgetown in the first round and San Diego State in the second before losing to Florida. One more interesting factor for this game is that it will be played in the Amway Center, and it’s quite possible the Orlando crowd will be filled with UF fans gleefully cheering against the Seminoles. Beat FSU and the potential path through Maryland/Xavier and Arizona to an Elite Eight berth is feasible.