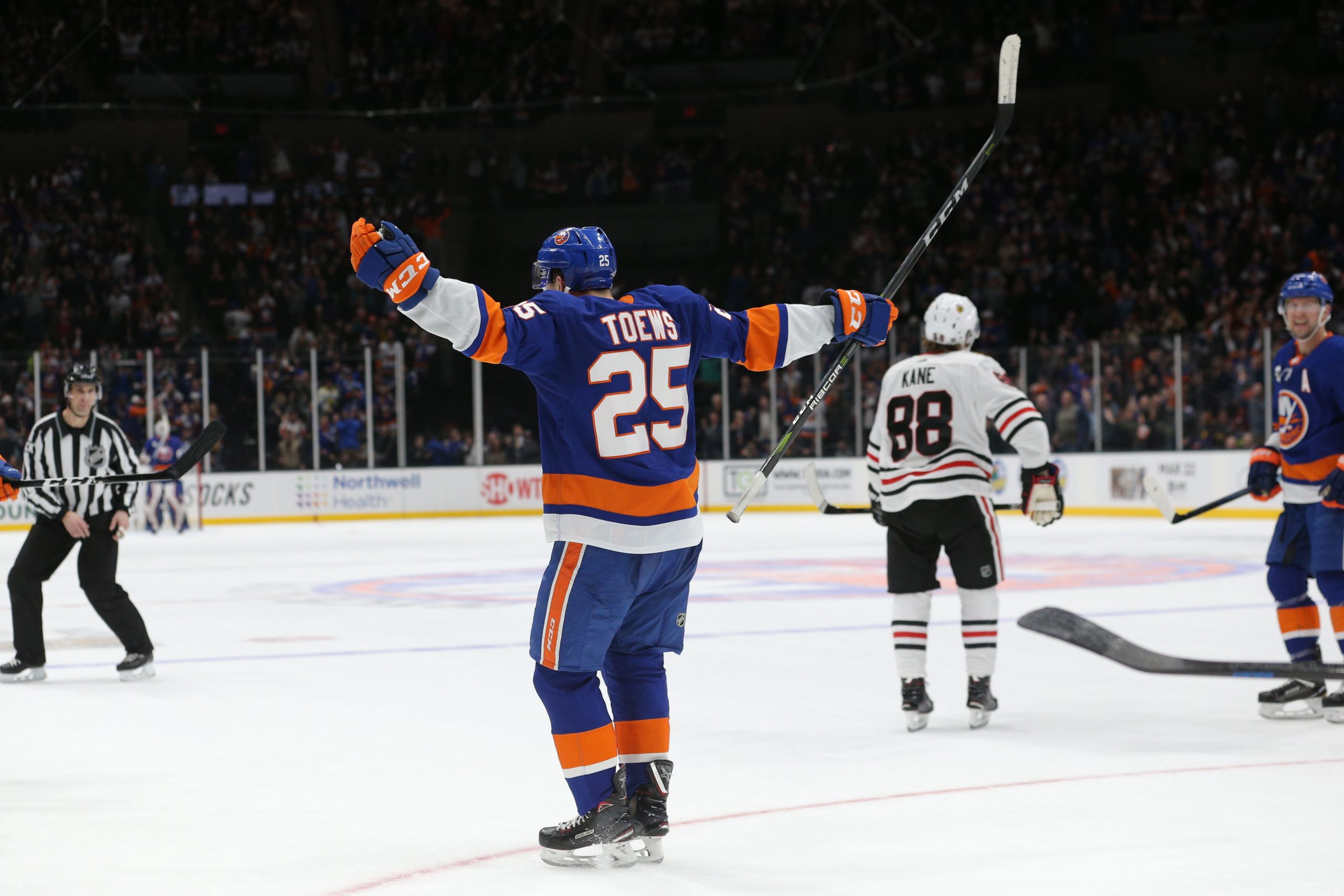 UNIONDALE, N.Y. — A game-winning goal in just your fifth NHL game, now that is one way to make yourself known.

For Devon Toews, Thursday night’s heroic effort was just the latest example of success the 24-year-old has had since his December 19th call-up from the Bridgeport Sound Tigers. Head coach Barry Trotz has seemed to take to the rookie defenseman rather quickly, allowing him to play just over 18 minutes in his NHL debut against Dallas.

Toews has seen similar ice time since over his five games in the NHL.

With Toews emergence, however, it raises the question of what will happen when injured defenseman Thomas Hickey is healthy enough to return to the lineup. Hickey has been on injured reserve since December 19 with an upper-body injury.

Trotz called it a “nice problem” when asked about it after Thursday’s win.

“Hicks is getting a little bit closer,” Trotz said. “Honestly I thought (Toews) actually during training camp made the team with his play, but he was coming back from a major injury. You get excited about the possibilities and that’s where the experience of Lou (Lamoriello) comes in. He says ‘you know what he just came back from an injury lets get him some confidence down in Bridgeport.'”

The confidence has been there and in his five games in the NHL, Toews has not looked out of place. The Islanders have won in all five games that he has been in the lineup and in that span they have allowed two or more goals in just two of those contests.

So the decision by Lamoriello to give Toews some more time in Bridgeport appears to be paying off.

“I’m glad Lou talked that way because as a coach you’re in the now business and that’s where experience comes in,” Trotz said.