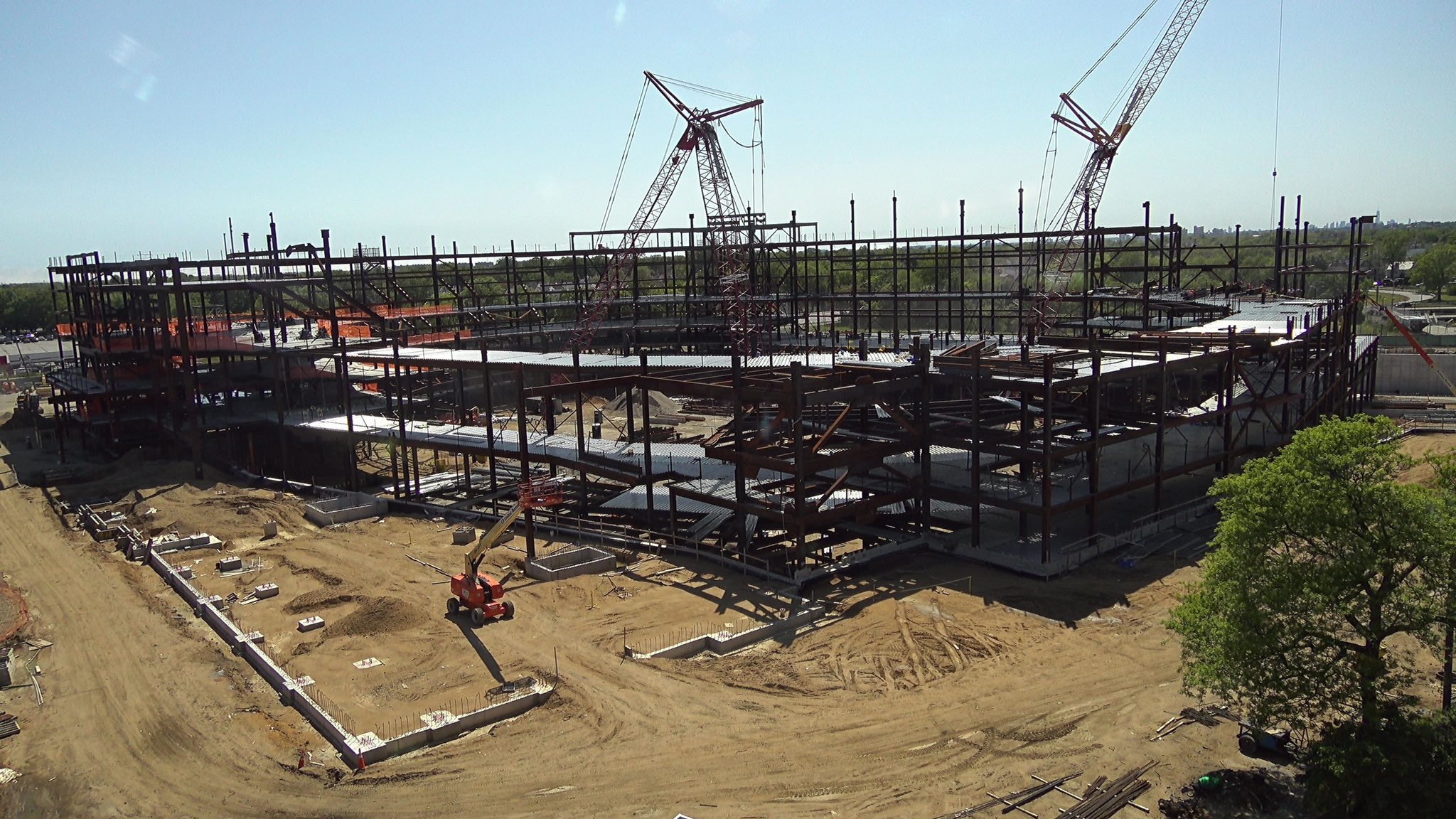 While construction continues at Belmont Park on the Islanders’ new home, the team that will run the arena has also taken shape.

New York Arena Partners announced on Wednesday that Tom Pistore has been named  President of Commercial Operations and Hank Abate has been named President of Arena Operations for the Islanders’ new home. Also joining the executive team was Charles Groneman as Chief Financial Officer, Zachary Klein as General Counsel and Lea del Rosario as Senior Vice President of Human Resources.

“During these unprecedented times, we’re fortunate to be building Belmont Park Arena, which we are confident will play a key part in New York State’s economic recovery,” Tim Leiweke, CEO of Oak View Group, said in a statement. “This is going to be a world-class venue with a top executive team – Tom and Hank are highly respected throughout the industry and the perfect choices to lead us.”

Pistore spent 20 years with Maple Leaf Sports and Entertainment Partnership and was a senior consultant for the Islanders on all business aspects. Abate brings 40 years of experience in arena, theater, and stadium management operations.

“I’d like to thank ownership for the privilege of joining this once in a lifetime project,” Pistore said in a statement. “Belmont Park Arena is going to be an iconic venue that will transform the way fans view sports and live entertainment.”

The announcement came a day after news broke that the Nassau Coliseum would be ceasing operations as its operator Onexim Sports and Entertainment looks for someone to take over the venue. The Coliseum was going to be the Islanders’ only home rink next season as they await completion of their new venue at Belmont Park.

The Belmont Park Arena is still scheduled to be completed in time for the 2021-22 season despite a delay on construction do the COVID-19 pandemic.