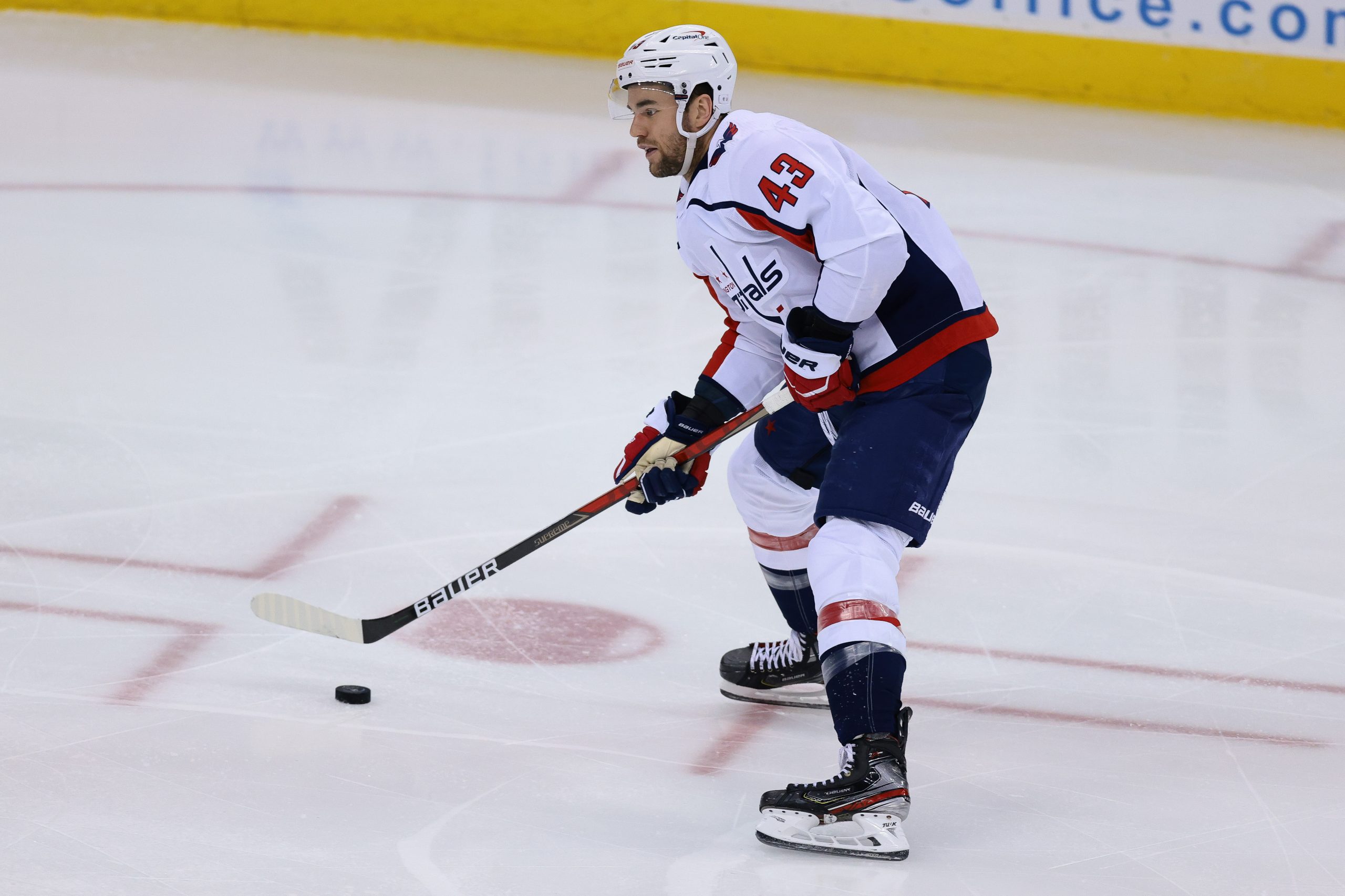 Washington Capitals right winger Tom Wilson of Toronto, Ontario will miss the first one to three months of the 2022-23 National Hockey League regular season after tearing his anterior cruciate ligament in game one of the Eastern Conference quarterfinals according to theathletic.com. The injury occurred in a 4-2 Capitals upset win over the Florida Panthers at the BB&T Center in Sunrise, Florida.

Wilson tore his ACL when he attempted to bodycheck Florida Panthers defenseman MacKenzie Weegar. However, Wilson missed, and slammed into the corner boards instead. He has since had a successful surgical procedure.

At 3:47 of the first period in the 4-2 Capitals’ game one win on May 3, Wilson actually opened the scoring on the power-play. He scored from right winger Anthony Mantha of Longueuil, Quebec, and defenseman Justin Schultz of Kelowna, British Columbia in an all-Canadian goal. However, Wilson did not have much playoff action afterwards, as he only had two shots on goal and three shifts in one minute and 31 seconds of ice time prior to the injury.

During the 2021-22 National Hockey League regular season, Wilson had 24 goals and 28 assists for 52 points (all career highs). He was a +13 (a career high), with 98 penalty minutes, 10 power-play points (a career-high), three short-handed points (a career-high), five game-winning goals (tied a career high), 151 shots on goal, 22 faceoff wins, 55 blocked shots, 240 hits, 36 takeaways and 44 giveaways. Wilson also had a shorthanded goal in a 4-3 Capitals win over the Panthers on November 26, and another shorthanded marker in a 5-3 Capitals loss to the Toronto Maple Leafs on February 28.

Related: Time for Tom Wilson to feel the Wrath of the NHL