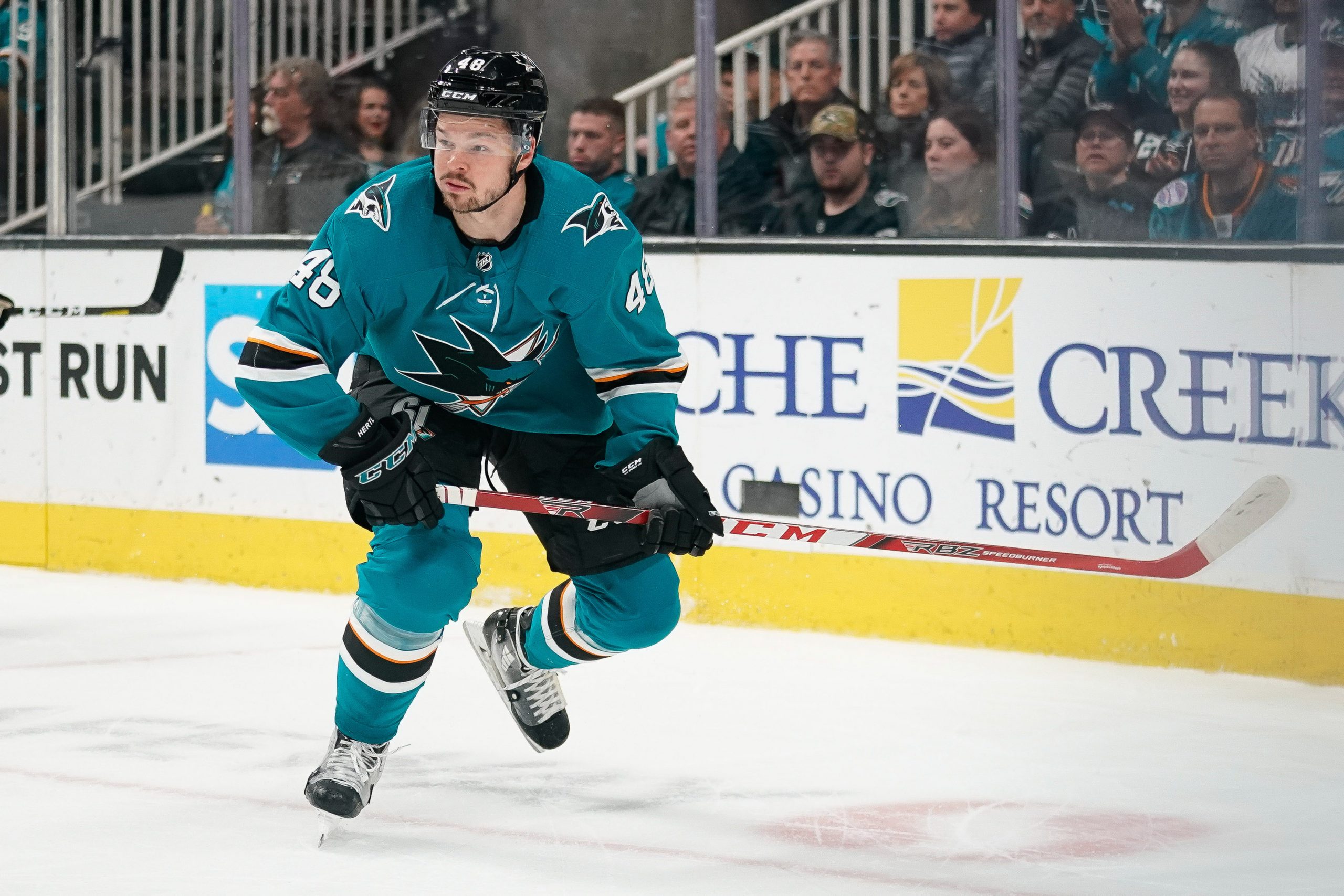 Tomas Hertl of Praha, Czech Republic recorded a very unique hat trick for the San Jose Sharks on Saturday. Hertl scored all three of the Sharks’ goals in a 3-2 win over the Philadelphia Flyers. He is the second player to record all of his team’s goals with a hat trick, and help his team win in the process this season. Andre Burakovsky of Klangenfurt, Austria achieved the mark on December 12 in a 3-2 Colorado Avalanche win over the Florida Panthers.

Hertl in fact had a natural hat trick on Saturday at Philadelphia’s Wells Fargo Center. He scored goals at 7:47 and 14:29 of the third period to tie the game at two after James van Riemsdyk scored two third period goals for the Flyers to put Philadelphia up 2-0 at the time. Brent Burns and Timo Meier each recorded assists on the Hertl regulation goals. Burns then picked up the lone assist on the Hertl games-winning goal in overtime.

On the season, Hertl now has 20 goals and 11 assists for 31 points in 36 games. He is a -1 with six penalty minutes, five power-play points, four game-winning goals, 103 shots on goal, 313 faceoff wins, 18 blocked shots, 43 hits, 21 takeaways and nine giveaways. Most of Hertl’s damage has been from even strength. He has 17 even strength goals, which leads the NHL.

With the win, the Sharks improved to a record of 19 wins, 16 regulation losses, and one loss in extra time for 39 points. They are tied with the Los Angeles Kings for fourth place in the Pacific Division.