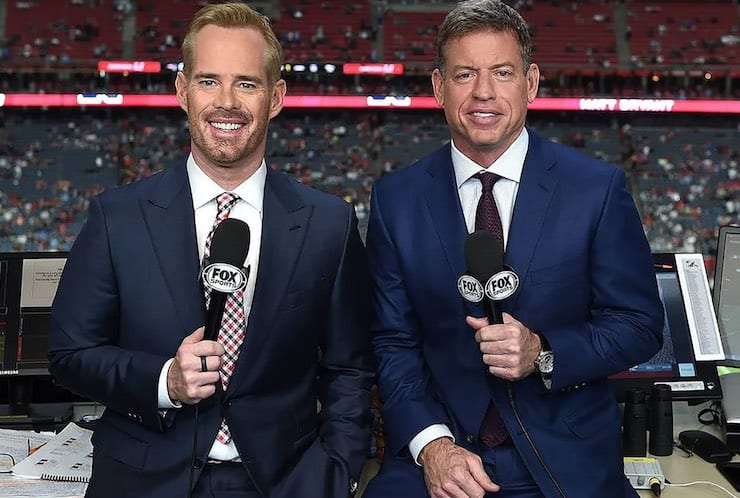 The salaries of sports’ biggest stars and coaches are often well known but they aren’t the only ones making millions of dollars.

In fact, the biggest events of the year call for well-known voices to call the game and provide the best experience for fans. Oftentimes, the top sportscasters and sports broadcasters can make even more than head coaches and players.

Below, we’ll go over the highest-paid broadcasters in sports.

The Super Bowl, World Series, major golf tournaments, and basketball games all call on the world’s well-known announcers, including Jim Nantz, Joe Buck, and Al Michaels. TV show and radio host personalities like Stephen A. Smith and Jim Rome are also among the highest-paid sportscasters.

Without even commenting on his first official game, Tom Brady leads all broadcasters as the highest-paid announcer signing a 10-year deal with Fox Sports for $375 million dollars.

Sports commentary is one of the most underrated aspects of the game. The highest-paid broadcasters are compensated generously for their color and play-by-play analysis of the game. 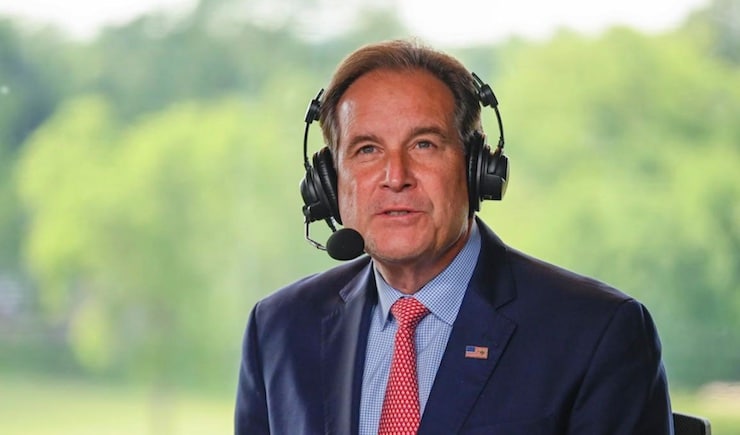 Jim Nantz has been with CBS since 1985 covering some of the biggest events of the year. He worked his way up from studio host to lead play-by-play announcer for the No.1 team for NFL games on CBS.

He heads the coverage for major PGA tournaments including the Masters, the first major golf tournament of the year. Nantz is also the play-by-play commentator for the Men’s March Madness tournament every year, covering the first round through to the Final Four.

In tandem with Tony Romo, Nantz has also called the Super Bowl. His salary with CBS has gone as $10.5 million according to his latest contract negotiation. 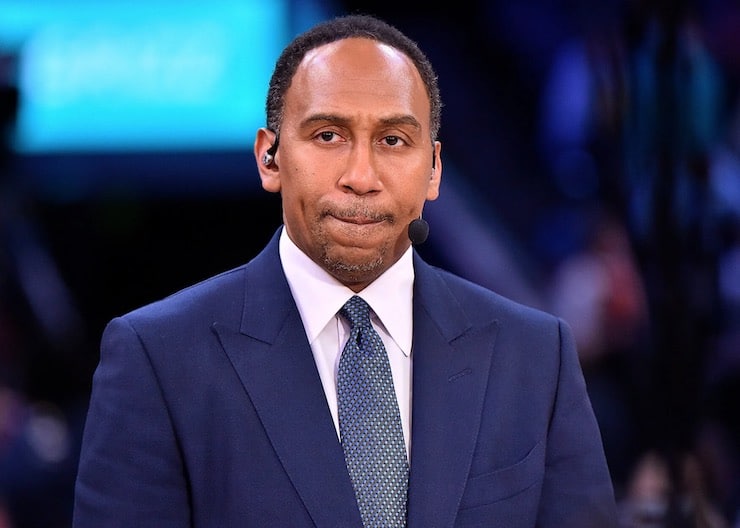 Stephen A. Smith may be known more as an entertainer than a sportscaster but he’s one of the highest-paid on-air employees at ESPN at $12 million per year.

Smith delivers controversial hot takes about the latest sports news as the host of ESPN’s First Take. He makes regular appearances as an NBA analyst on SportsCenter and ESPN. 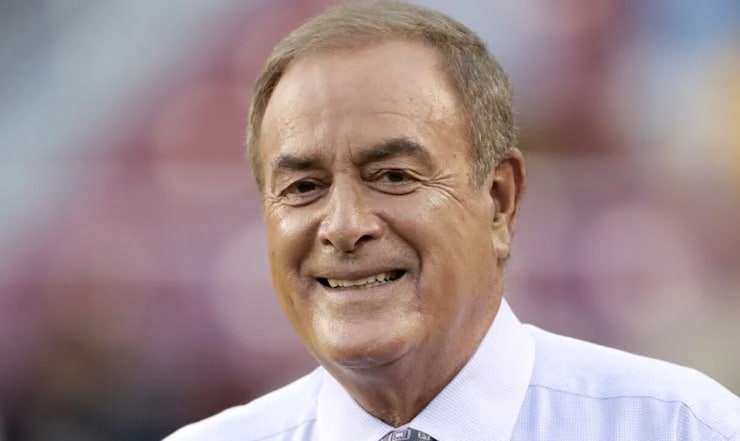 For over five decades, Al Michaels has been known to cover the biggest prime-time games and events.

Now Michaels took a huge payday as he leads Amazon’s broadcast of Thursday Night Football. Michaels is expected to be paid $15 million annually. 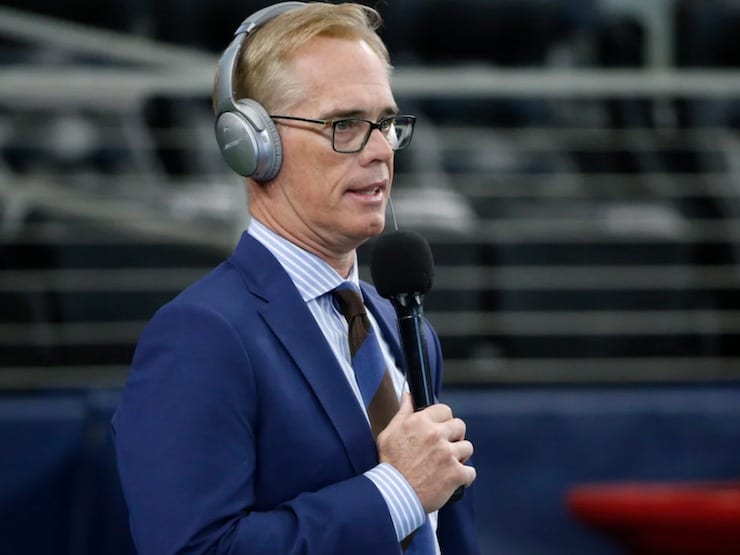 It’s a huge change for Buck after working with Fox Sports since 1994. He was the primary No.1 team’s play-by-play voice for NFL on Fox, along with the World Series. Buck also contributed to major golf tournaments like the PGA Championship 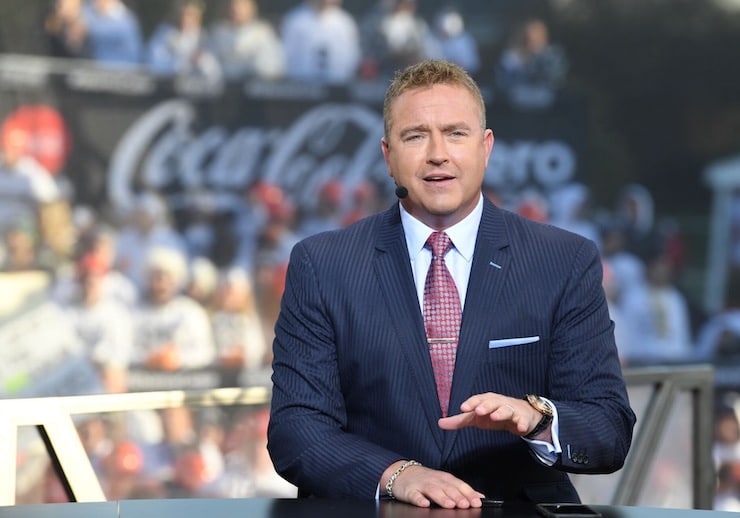 Herbstreit is a top analyst on College GameDay and a color commentator for ABC’s prime-time games. He’s rumored to earn about $6 million per year from these gigs.

In 2022, Herbstreit finally had his opportunity with the NFL as the lead broadcaster of Thursday Night Football with Amazon. He is set to make an eight-figure salary on TNF with Amazon.

With multiple different contracts, Herbstreit is set to receive $16 million a year. 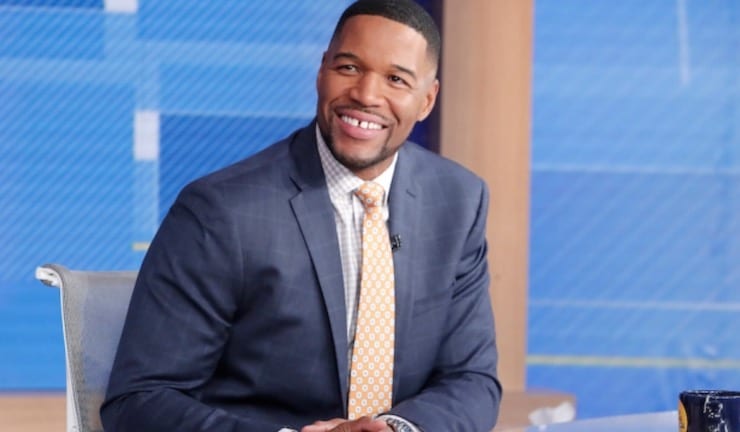 Michael Strahan is one of the NFL biggest broadcasting personalities. While he serves as an analyst on Fox NFL Sunday Night Football, he’s a part of many other broadcasts like ABC’s “Good Morning America”.

While most of his broadcasting salary stems from Good Morning America, he’s also a television host and actor. He has been featured as the host of ABC Pyramid and other game shows. 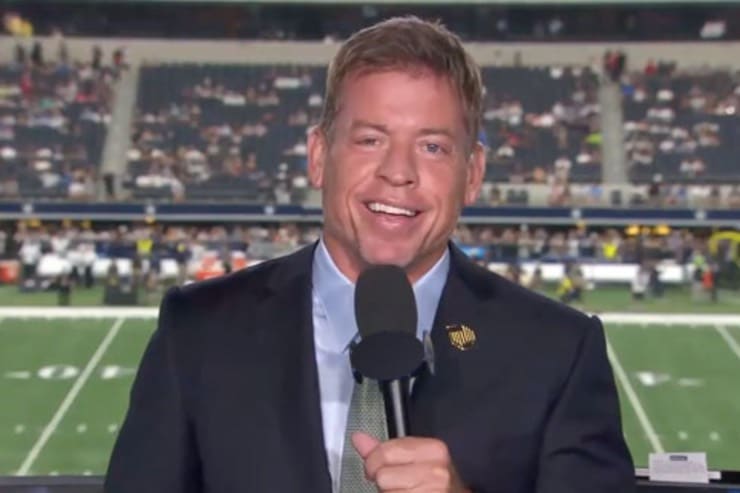 For the last 20 years, Troy Aikman has served as the color analyst for Fox Sports. But in 2021, the former Dallas Cowboy Quarterback joined ESPN for a 5-year $90 million contract as a lead analyst on Monday Night Football.

The legendary Pro Football Hall of Famer has announced six Super Bowls and will be a part of the 2026 broadcast, which will be the final year of his contract. 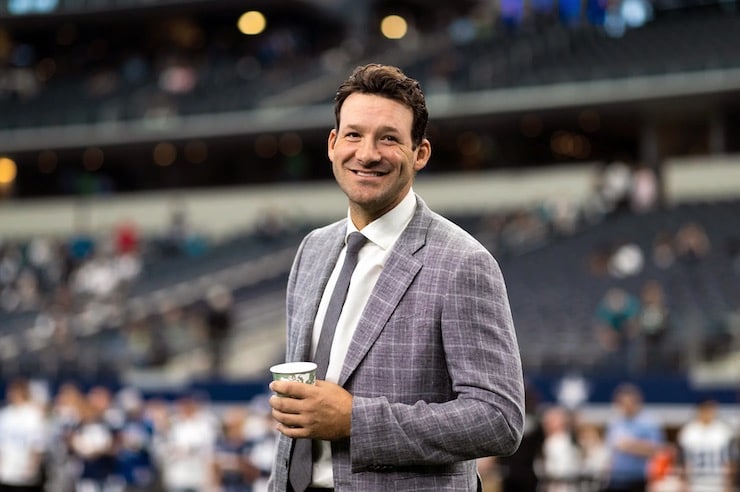 In 2017, Tony Romo replaced Phil Simms on CBS’ top pairing with Jim Nantz. Right out of retirement, the Dallas Cowboys quarterback was a hit and quickly drew praise as an analyst.

Romo brought fresh new energy to the CBS booth by dazzling fans by predicting plays. He used his skills to negotiate a 10-year $180 million contract with CBS when ESPN tried to lure him away. 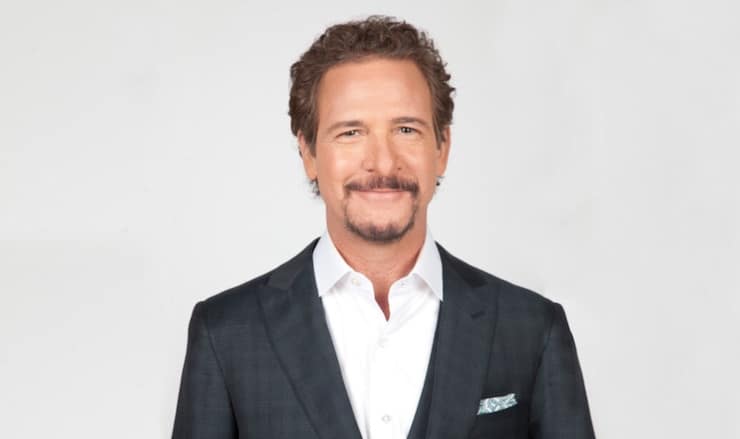 Jim Rome began his career in 1990 at a college radio station. He slowly built one of the biggest sports radio followers with more than two million listeners. Rome is one of the highest-paid sports broadcasters with an annual salary of $30 million.

The Jim Rome show now airs on over 200 radio stations each weekday and is tied for the 21st most listened-to talk radio show in the US. Rome is also listed as the 29th most influential talk radio personality. 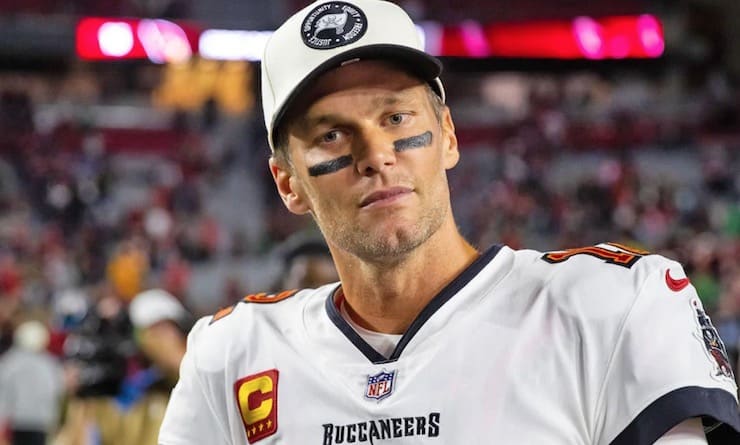 Fox Sports isn’t waiting around prior to Tom Brady retiring, the network has already locked in on the legendary quarterback with a 10-year $375 million contract.

The contract won’t begin until Brady is finished playing but he will become a lead NFL analyst on-air. Brady will be earning $37.5 million a year as an analyst making him the highest-paid sports broadcaster in history. 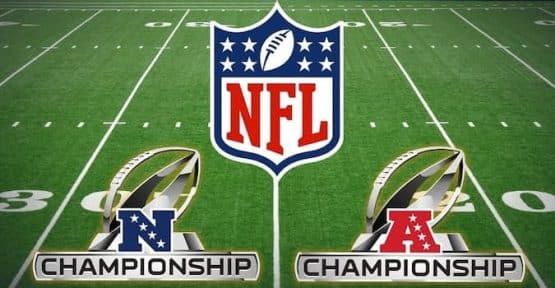 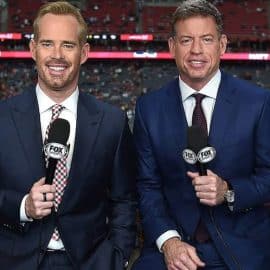 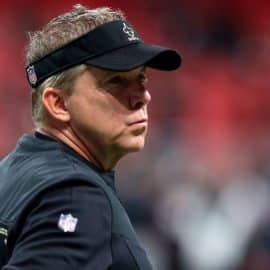 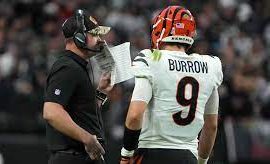