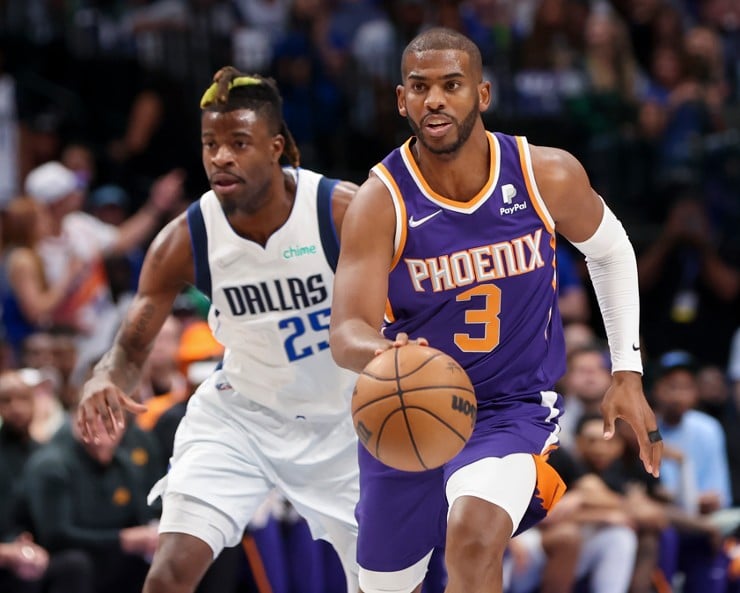 Our basketball analysts have released a list of the top-10 oldest NBA players in 2022. The research conducted in this post focuses on just active NBA players. A couple of the veterans are free agents. Heading into the 2022-23 NBA season, who is the oldest NBA player in the league at this moment? Find out below. 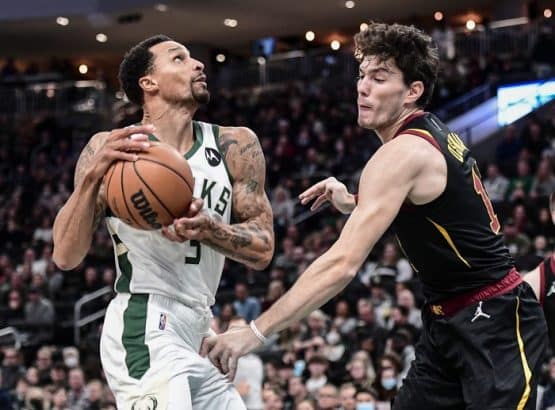 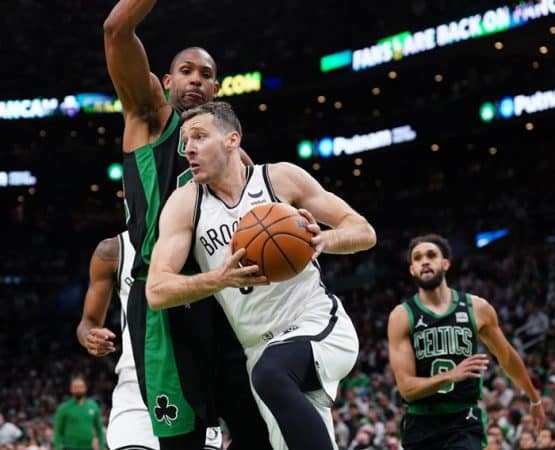 Next, Goran Dragic was born in Ljubljana, Slovenia on May 6, 1986. He was selected 45th overall by the Spurs in the 2008 NBA Draft. However, his draft rights were traded to the Suns. While with Phoenix in 2014, the guard won NBA Most Improved Player.

Then, the Spurs waived him days later. On Feb. 22, Dragic signed a contract with the Nets for the remainder of the season. In only 21 games played last season, Dragic averaged 7.5 points, 3.1 rebounds and 4.1 assists per game. Earlier this month, the 14-year veteran signed a one-year, $2.9 million contract with the Bulls. 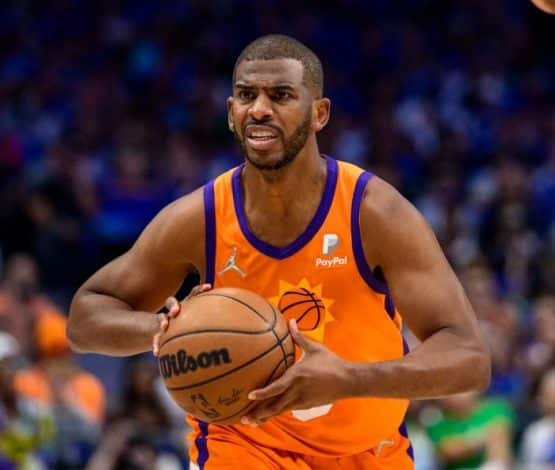 Paul was selected All-NBA First Team four times in his career, and he won NBA Rookie of the Year in 2006. Besides the Hornets, the guard also played for the Clippers, Rockets and Thunder. On Aug. 7, 2021, Paul signed a four-year contract extension with the Suns worth as much as $120 million. The 17-year veteran is entering his 18th NBA season in the coming months. 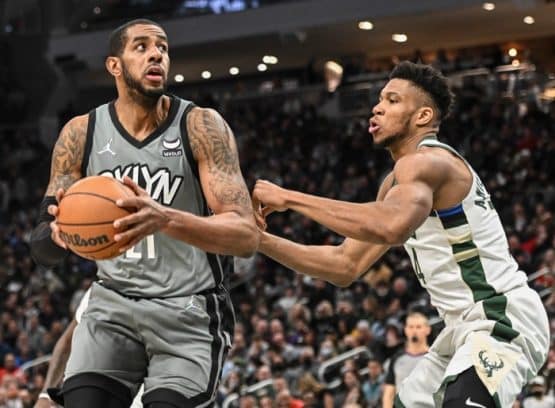 Additionally, LaMarcus Aldridge celebrated his 37th birthday last week. He was born in Dallas, Texas in 1985. Aldridge was selected second overall by the Bulls in the 2006 NBA Draft. Though, his draft rights were then traded to the Trail Blazers.

On Apr. 15, 2021, Aldridge announced his retirement from the NBA due to an irregular heartbeat. But after medical clearance on Sept. 3, he re-signed with the Nets. The forward/center reached 20,000 career points with Brooklyn last season. Now, he remains a free agent. 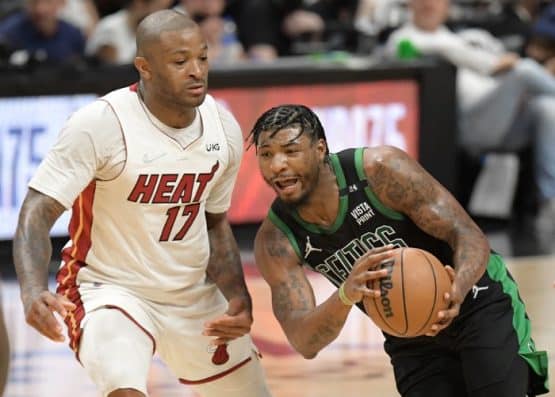 P.J. Tucker was born in Raleigh, North Carolina on May 5, 1985. Out of Texas, Tucker was selected 35th overall by the Raptors in the 2006 NBA Draft. He has played for the Raptors, Suns, Rockets, Bucks, Heat and soon to be the 76ers. The forward won a ring with Giannis Antetokounmpo and the Bucks in the 2020 NBA Finals.

Last season, in 71 regular games played with the Heat, Tucker averaged 7.6 points, 5.5 rebounds, 2.1 assists per game. He averaged at least seven points per game for the first times since the 2018-19 season, when he played with the Rockets. During this offseason, the 11-year veteran signed a three-year, $33 million contract with the 76ers. More articles similar to “Top-10 Oldest NBA Players” are on the main page. 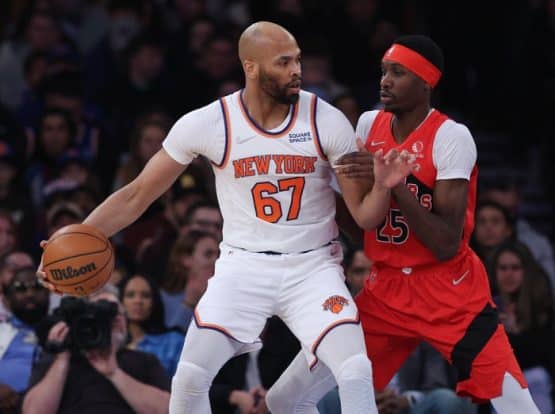 Nonetheless, last season, Gibson averaged a career-low 4.4 points per game. Out of 52 games played, he came off the bench for the Knicks in 48 of those contests. On Jul. 19, the 13-year veteran signed a contract with the Wizards. 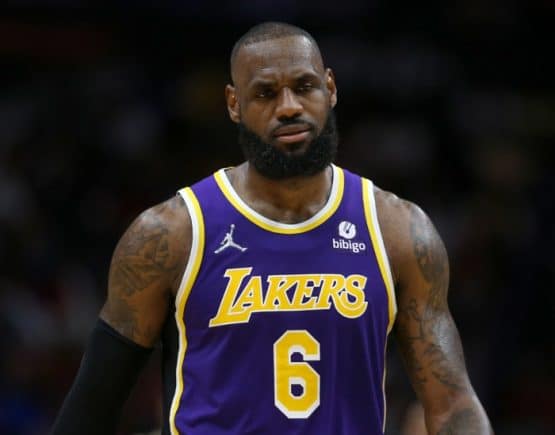 Of course, LeBron James turns 38 years old on Dec. 30. He was born in Akron, Ohio in 1984. Alongside Kobe Bryant and Kevin Garnett, James is one of the youngest players ever to get drafted into the NBA. At age 18, the Cavaliers selected LeBron first overall in the 2003 NBA Draft.

He won Rookie of the Year and was selected NBA All-Rookie First Team in the 2004. Thus far, James has won four NBA championships, four Finals MVPs, four MVPs and three All-Star Game MVPs. Not to mention, he has earned 18 All-Star selections. He will soon enter his 20th NBA season. 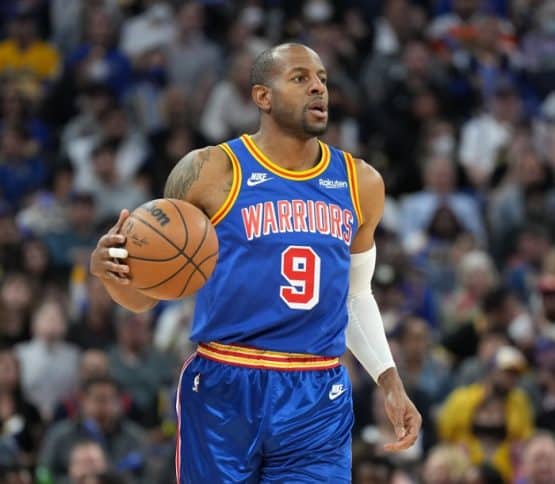 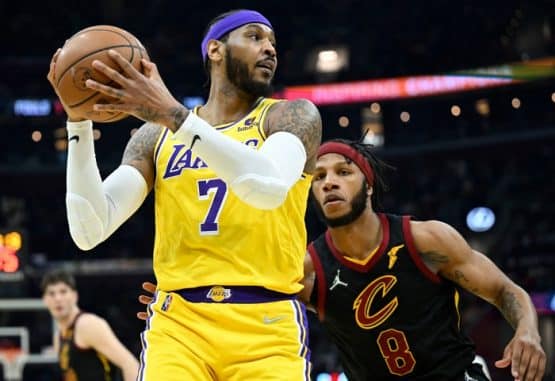 Next, Carmelo Anthony was born in New York, New York on May 29, 1984. He celebrated his 38th birthday a couple months ago. The Nuggets selected Anthony third overall out of Syracuse in the 2003 NBA Draft. At this point of his playing career, the forward has earned 10 All-Star selections, two All-NBA Second Team selections and four All-NBA Third-Team selections.

While with the Knicks, Anthony received his first scoring champion title in 2013 after averaging 28.7 points per game. The forward signed a contract with the Lakers in 2021, but he missed 13 games due to injuries. Last season, the 19-year NBA veteran averaged 13.3 points, 4.2 rebounds and 1.0 assist per game with Los Angeles. 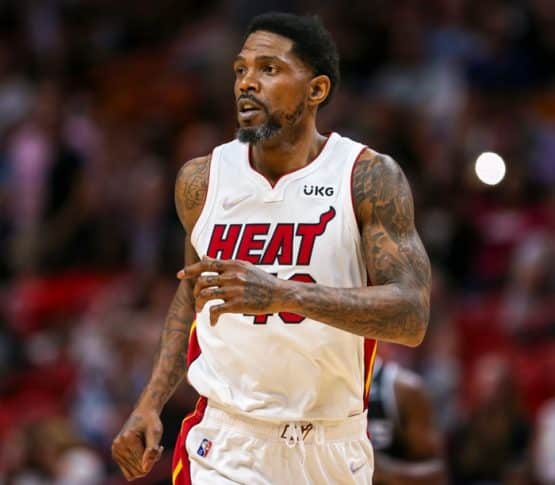 Finally, Udonis Haslem is the oldest active player in the NBA. He is 42 years old. The forward was born in Miami, Florida on Jun. 9, 1980. Haslem went undrafted in 2002. In his rookie 2003-04 NBA season, the forward averaged 7.3 points and 6.3 rebounds per game. He was selected to the NBA All-Rookie Second Team.

Also, the 19-year veteran won three championships with the Heat in 2006, 2012 and 2013. Dwayne Wade was part of all three title victories as well. For his second and third championships, LeBron James, Ray Allen and Chris Bosh helped elevate the team to borderline dynasty status. While not quite a dynasty, two titles and three NBA Finals appearances is still pretty good.

Other articles similar to “Top-10 Oldest NBA Players” are on the main page.