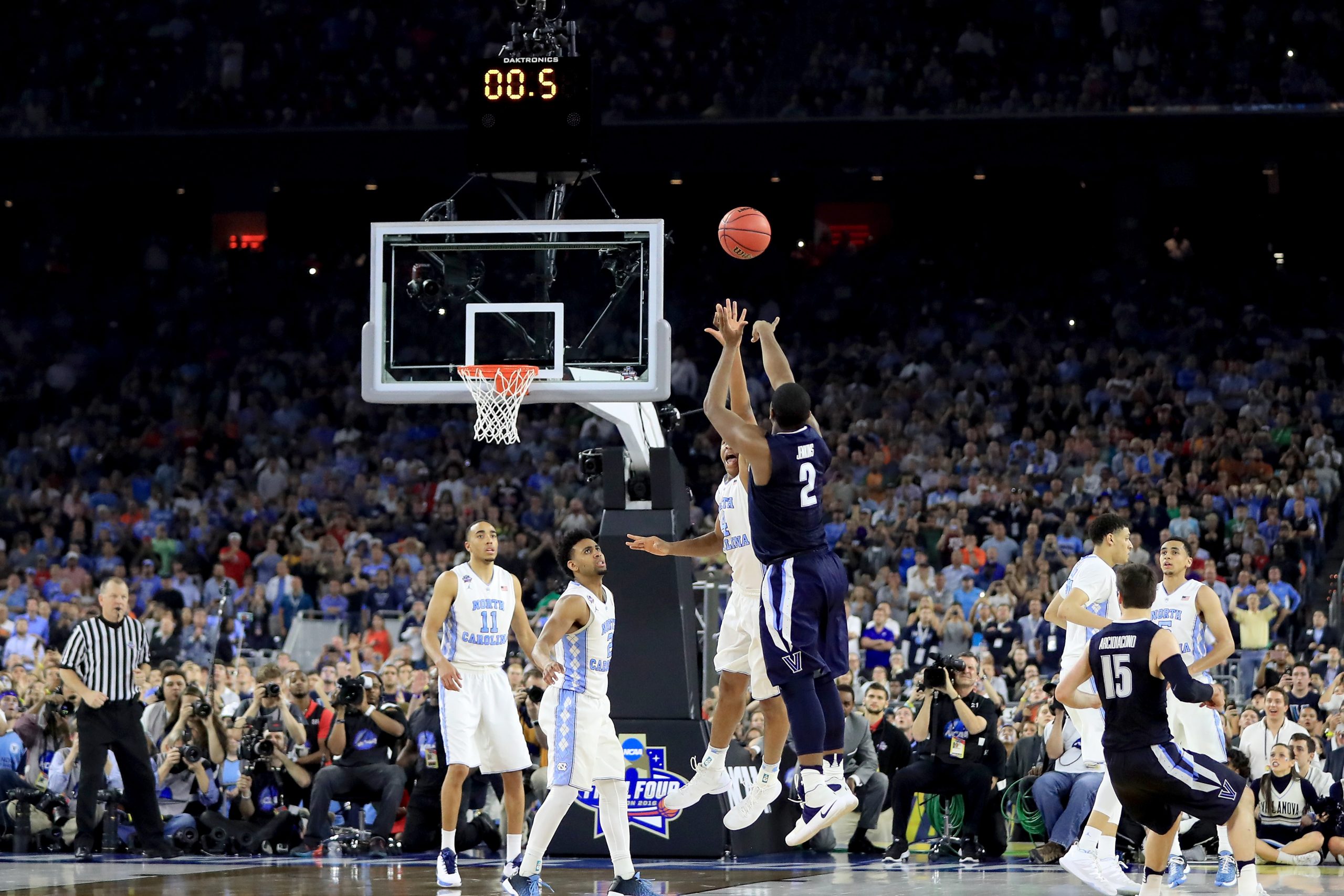 Today’s installment of to top 10 sports stories of 2016 is simply considered perhaps the greatest finish in college basketball history.

After muscling through the 2016 NCAA Tournament, everything came down to number one seed North Carolina and number two seed Villanova playing for the title of 2016 NCAA champions.

The April 4th meeting remained close throughout with Nova and UNC trading the lead several times. Despite a tough battle throughout much of the 40 minutes of play, the highlight of the excitement all came down to the game’s final seconds.

With UNC trailing 74-71, the Tar Heels had possession, and got the ball into the hands of Marcus Paige. Although Paige was heavily defended, he was able to heave off a 3-pointer to tie the game with just 4.7 seconds on the clock.

At that moment, Paige’s shot should have been the miracle everyone talked about after the game. His ability to overcome two defenders to keep the Tar Heels in the game was truly remarkable, and seemed to be the heroic moment of the game.

With the scoreboard reading 74 all, and just under five seconds left, Villanova’s head coach Jay Wright called a play simply known as “Nova.”

Ryan Arcidiacono advanced the ball across half court after taking the inbound from Kris Jenkins. UNC was prepared to stop Arcidiacono from driving straight through the paint and hitting a game-winning layup. What they were not prepared for however was a lagging Jenkins who trailed Arcidiacono after the inbound.

In a matter of seconds, Arcidiacono got the ball to Jenkins who squared his body just beyond the arc, and sunk the three-point shot, sending the 74,340 fans packed inside of NRG Stadium into a complete frenzy with confetti filling the air.

Within an instant, feelings of shock, jubilation, excitement, and heartbreak was felt as Jenkins’s shot soared right through the net just as the red lights of the backboard spelled the devastating end for UNC, and the miraculous win for Villanova.

Join us tomorrow as we look at the dominance handed out in Rio.