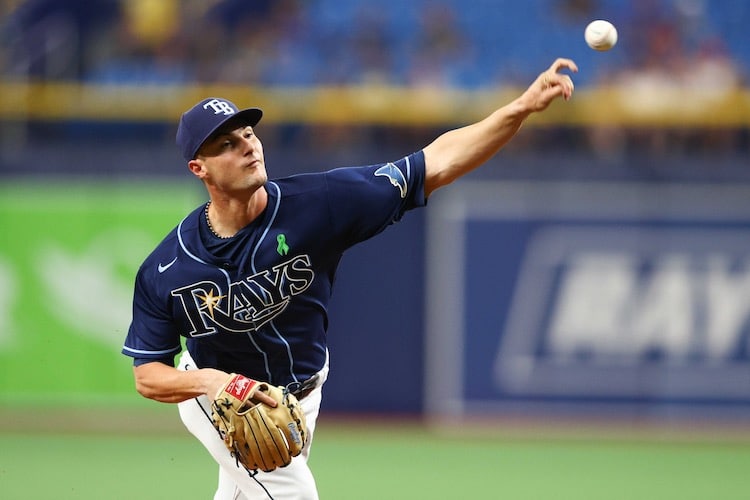 There are nine Major League Baseball games on June 20, starting with a matinee between the New York Mets and Miami Marlins. Here are the five best games to watch. Betting odds courtesy of BetOnline, one of the best MLB sportsbooks and offshore sportsbooks.

The Toronto Blue Jays will hope to generate momentum on Monday from their impressive come-from-behind 10-9 win over the New York Yankees on Sunday where they were once trailing 8-3 in the sixth inning. The Blue Jays snapped a three-game losing streak with the win and are once again 10 games above the .500 mark at 38 wins and 28 losses.

The White Sox are coming off a weekend where they lost two of three games to the American League West leading Houston Astros. There is no doubt a lot more was expected from Chicago, who find themselves below the .500 mark at 31 wins and 33 losses. The pitching matchup here has a pair of all-stars who are trying to turn their seasons around. The Blue Jays will be going with Jose Berrios (5-2, 4.65), while the White Sox will counter with Lance Lynn (0-0, 6.23). Lynn only made his 2022 regular season debut a week ago and gave up three earned runs in 4 1/3 innings in a 9-5 White Sox win over the Detroit Tigers.

The reason to watch this National League West division matchup is because of the very good pitching duel. Here we have Zach Davies starting for the Diamondbacks (2-3, 3.78 ERA). While the Padres are countering with Yu Darvish (6-3, 3.35 ERA).

You could make the argument that the National League West is the toughest division in baseball. Yes, the American League East is really good too, but the Diamondbacks (32-36), and Colorado Rockies (30-37) are better than the Baltimore Orioles (30-38).

The Padres meanwhile are second in the National League West at 41-27, and are coming off being swept by the Colorado Rockies at Coors Field. The sweep knocked the Padres out of first place in the division, as they are half a game back of the Los Angeles Dodgers.

This game will feature the top two teams in the National League Central. Just how even have the St. Louis Cardinals and Milwaukee Brewers have been to start off the year? Well, they have the exact same record of 38 wins and 30 losses. However, only the winner after Monday night will be in a playoff spot at this time.

The Cardinals lost two of three games thirds past weekend to the rising Boston Red Sox. Meanwhile, the Brewers moved into a tie with the Cardinals after sweeping the Cincinnati Reds.

This is a marvelous pitching matchup. The Cardinals will start Miles Mikolas (5-4, 2.62 ERA), while the Brewers counter with reigning Cy Young Award winner Corbin Burnes (4-4, 2.52 ERA), who leads the National League with 100 strikeouts so far.

This intriguing National League battle sees the third place team in the NL West, the San Francisco Giants (37-28), facing the second place team in the NL East, the Atlanta Braves (38-29). The Braves are winners of 15 of their last 17 during the month of June, but are coming off a series loss to the Chicago Cubs. The Giants are three games back of the Los Angeles Dodgers in the National League West, and are coming off a weekend where they won two of three games against the Pittsburgh Pirates.

In this battle of two of the top three teams in the American League East, the Tampa Bay Rays (36-30) host the best team in all of baseball, the New York Yankees (49-17). What the Bronx Bombers have been able to accomplish over the last while has simply been sensational. This past weekend they won two of three games against the Toronto Blue Jays, and scored 25 runs in the process.

The Rays meanwhile are coming a weekend series loss to the Baltimore Orioles, and will look to have a strong pitching performance from Shane McClanahan (7-3, 1.84). The Yankees will counter with Gerritt Cole (6-1, 3.33 ERA).