Top Five Performers From Week Five Of The 2022 NFL Season 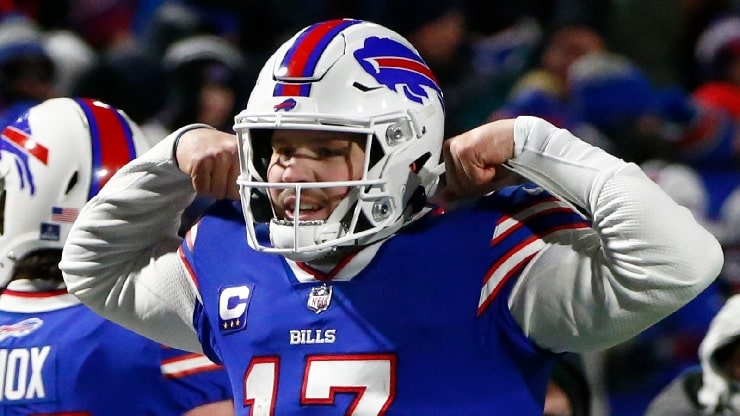 The National Football League continues to provide some stunning upsets and dominant performances. Here are the top five players from week five on winning teams.

In one of the most lopsided games of the weekend, the Buffalo Bills clobbered the Pittsburgh Steelers 38-3. It was a fast start for the Bills, as one minute and four seconds into the contest, Bills quarterback Josh Allen threw a 98-yard touchdown pass to Gabe Davis of Sanford, Florida. Davis finished the game with three catches for 171 yards and two touchdowns.

The Chargers improved to a record of three wins and two losses following a close 30-28 win over the Cleveland Browns. A major reason for the Chargers success was the running game, as Austin Ekeler of Lincoln, Nebraska had the best game of his life. The sixth-year back had a career-high 173 yards rushing from 16 carries, along with four catches for 26 yards.

Not many people may not know what to call Taysom Hill of Pocatello, Idaho. However, he is officially regarded as a quarterback and tight end. On Sunday, Hill threw a 22-yard touchdown pass in his only pass attempt, and had nine rushes for 112 yards and three touchdowns as the New Orleans Saints defeated the defensively-challenged Seattle Seahawks 39-32. With the win, the Saints snapped a three-game losing streak, and are now two wins and three losses on the season.

The chemistry between Patrick Mahomes and Travis Kelce was electric on Monday night in primetime. Kelce had four touchdown catches from Mahomes, who completed 29 of 43 passes for 292 yards. Mahomes also had four rushes for 28 yards as the Chiefs beat the Las Vegas Raiders 30-29. The Chiefs improved to 4-1, while the Raiders fell to 1-4.

What we are seeing from Josh Allen of the Buffalo Bills this season is pure greatness. On Sunday, Allen had his way with the Steelers secondary, as he completed 20 of 31 passes for 424 yards, and four touchdowns, along with five rushes for 42 yards. Allen actually leads the Bills this season with 225 yards rushing.