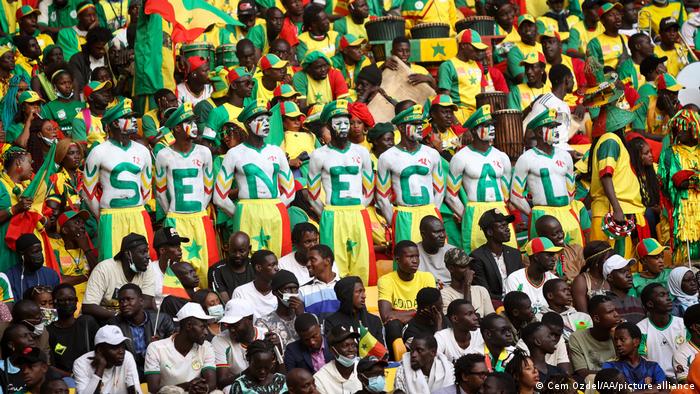 African nations have produced an abundance of footballing talent over recent years but with no nation from the continent ever winning a World Cup, who has been the highest achievers from Africa in the tournament?

There are five African nations bidding for glory at the World Cup this year, with Senegal, Tunisa, Ghana, Morocco and Cameroon all looking to win Africa their first ever World Cup.

African nations don’t have the best record in World Cups and with no side making it further than the quarter final in the tournament’s history, could this year finally be a country from Africa’s year?

Best Finishes In A World Cup

Senegal kicked off their 2002 tournament with one of the biggest upsets at a World Cup, as they edged past host nation France with a 1-0 win in their group opener.

After their huge win in the first group game, Senegal managed draws against both Denmark and Uruguay to see themselves through to the round of 16, where they scored a late winner in extra time to take the side through to the quarter finals.

The quarters proved to be one stage too far for Senegal however, as they fell short in extra time to Turkey thanks to a İlhan Mansız goal in the 94th minute.

Cameroon are the second side from Africa to make it as far as the quarter finals and the 1990 tournament kicked off well for the side, who beat both Argentina and Romania to confirm their qualification to the round of 16.

The first knockout game for Cameroon was an all time classic, as three goals were scored in extra time in a thrilling affair which saw the African nation qualify for the quarter finals for the first time ever with a 2-1 win over Columbia.

England were the ones to knock Cameroon out in 1990, as a Gary Lineker extra time penalty broke hearts all over Africa in a narrow 3-2 loss.

The final African nation to make a World Cup quarter final came as recent as in 2010, when Ghana fell short to Uruguay at the first hosted African World Cup in history held in South Africa.

Ghana qualified form the group stage with four points after a draw against Australia and a win over ten man Serbia in group D. An Asamoah Gyan goal in extra time was enough to send Ghana through to the quarters, as USA were knocked out in a close game that finished 2-1.

Ghana couldn’t go further than any other African has been at the World Cup however, as they were knocked out by Uruguay on penalties in one of the most famous games in World Cup history. 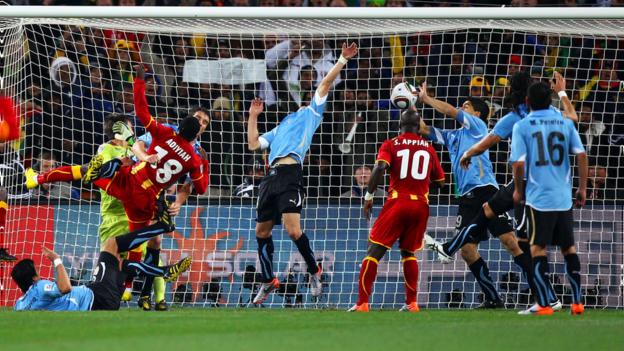 Luis Suarez was on hand to save the day for Uruguay in extra time, as the striker stopped the ball on the line with his hand for a Ghana penalty in the 120th minute. Ghana missed the ensuing penalty however and when the game did go to spot kicks after extra time, Uruguay came out on top sending Ghana home with heartbreak. 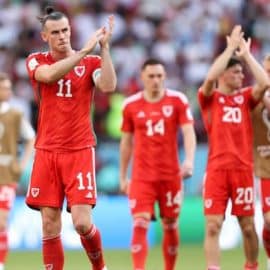