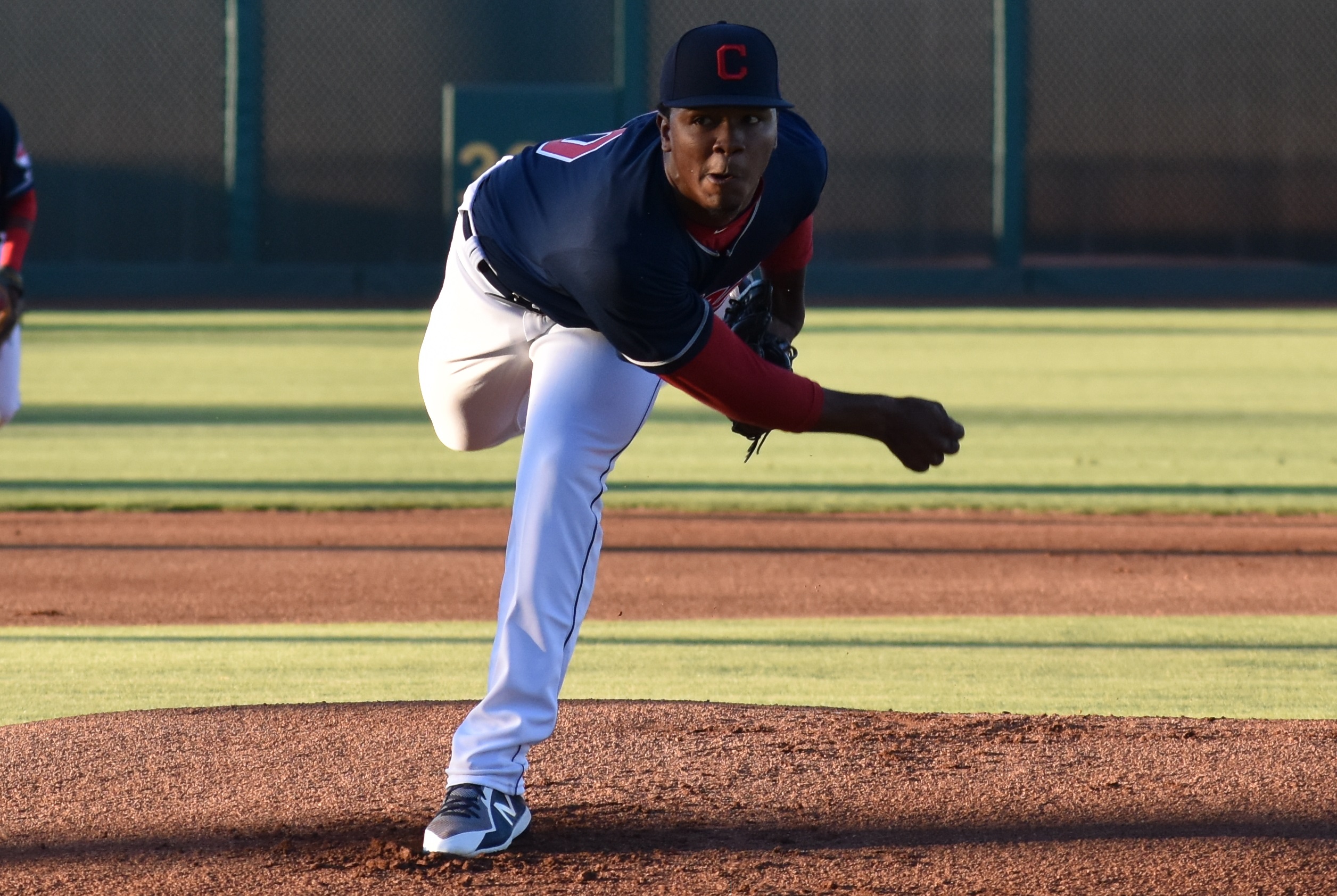 When I started covering the Arizona League, trades were incredibly rare. The first I remember was Jhonleider Salinas who went to the Rays in 2016 along with Nathan Lukes in exchange for Brandon Guyer. This trade opened the flood gates in a manner and many such deals have been made recently between the Indians and other teams to move extremely low level minor league talent for MLB players with question marks. We’ve already looked at the deals involving Jhon Torres for Oscar Mercado and two rookie level pitchers for Jordan Luplow in recent articles, but today’s trade tracks are a little more complicated.

Right handed starter Ignacio Feliz was signed by the Indians in 2016 and first pitched the Dominican Summer League team as a 17 year old in 2017. He didn’t stand out particularly there, largely due to an extremely high walk rate (41 walks to 42 strike outs in 55.1 IP). Despite this, he was promoted to the AZL at 18 where he pitched for both Indians squads, starting as the ace of team two before being “promoted” to the middle of the rotation on team one. His success was significantly greater with team two, posting a 2.12 ERA in seven starts with 36 strike outs to 10 walks.

While he didn’t pitch as well over his final three starts and 11 innings, he still struck out 18 to just four walks and the ability was obvious. With that in mind, the Padres jumped on the chance to acquire the potential future starter for a current failed one, Walker Lockett.

While the Indians rotation heading into 2019 was as stacked as any ever has been, Lockett was the perfect fit for a franchise looking to boost the bullpen. Despite being a starter, Lockett faced more lefties than righties in 2018 and was absolutely demolished by them to the tune of a 1.289 OPS vs LHH compared to a .693 OPS vs RHH. For a very platoon heavy manager like Terry Francona, Lockett would be the prototypical right handed match up m an out of the pen. Unfortunately for Lockett, this never happened.

Ten days after the Feliz for Lockett trade, the Indians had a huge shift in priorities as they moved Yan Gomes to Washington, leaving them without a reliable back-up catcher for newly crowned starter Roberto Perez. The bullpen could wait as having a dependable back-stop has always been a top priority for Cleveland. It took awhile longer, but on January 6th, the Indians moved Lockett along with Sam Haggerty for Kevin Plawecki.

Getting into how these players all performed in their first season with their new teams, I can explain why the trade was unfortunate for Lockett. With the Indians, he likely would have been in the bullpen all season due to constant issues with injuries and inconsistencies with those who remained. With the Mets, he spent the first month following his rehab assignment in AAA, then was called up as a starter where he was again bashed around time and time again. He then spent the rest of the MiLB regular season in Syracuse before being brought up as a reliever in September.

It’s impossible to say things would have been totally different in Cleveland, but he still had issues with lefties, something that could have been avoided had he been in the bullpen the entire season. However, he also gave up a lot of home runs to righties, so a strict same side match up situation wouldn’t have saved his season entirely.

Going back to Feliz and his first season in San Diego, things weren’t much better. He saw his walk rate increase to 4.2 per nine and his K/9 drop to 8.6 despite advancing just to short season ball. After avoiding a home run throughout all of 2018, he gave up seven in 2019 in 57.1 innings, leading to an increase in ERA from 3.00 to 4.40. I personally think the pitching coach for Indians Blue (formerly Indians 2) could have something to do with this as we have seen multiple players fall off a bit after leaving his tutelage, either from team two to team one or to short season.

Ultimately, however, Feliz was certainly worth more to the Padres than Lockett (the way they were using him) and just turned 20, so there is plenty of time for him to work things out. This makes this part of the deal a win for San Diego no matter what, even if it also would become a win for Cleveland.

Losing Lockett didn’t particularly hurt the Tribe in 2019, but there was one more man involved in obtaining Plawecki, the infielder Sam Haggerty.

Haggerty was far from a rookie baller and is now a 25 year old with a tiny bit of MLB experience after getting a chance as a September call-up with New York (he went 0/4 in 11 games with 3 K’s). His versatility was huge for the Indians when he was in the system, playing second, short, third, left, right and center with the focus primarily shifting to third in 2018 with Akron. The Mets, however, shifted him mostly back to second in 2019 where he had a really good defensive season between Binghamton and Syracuse.

His .271/.376/.387 line across all minor league levels with New York in 2019 was in line with his career numbers and could be predictive of his future as a Major League utility man. With Cleveland, he sat behind Yu Chang prior to 2019 and now would be behind Mike Freeman as well, meaning he never would have even received the courtesy call-up in September had he stayed. The same situation will exist in 2020 and things aren’t likely to improve, so his ability to go to a team a little less deep in middle infield talent made this trade a win for Haggerty.

Finally, there is Plawecki, who split time between starter and back-up with the Mets from 2015 through 2018. While he never hit well enough to be a starter, the Indians didn’t want him for his offense. While he hit poorly in 2019, he provided a consistency behind the plate, allowing the Indians starting staff to always have a reliable backstop. His 3.8 framing runs saved ranked second among catchers with fewer than 450 innings behind the plate in all of baseball (behind Manny Pina of Milwaukee) and was comparable on a per inning bases with Perez who saved 9.6 in just under 1,000 innings.

Overall, he was worth 5.4 defensive runs saved above average and caught seven runners in 31 attempts with one passed ball allowed. This was not quite on the level of Perez, who didn’t allow a passed ball all year and snared 20 of 49 attempted base stealers, but it was comparable or better than Yan Gomes was with Washington.

When really evaluating these trades, however, there is a lot more than the simple player for player transaction. Since Perez, the Indians have been absolutely dreadful at developing catchers in house and the only other internal option, Eric Haase, was both terrible in AAA and essentially worthless in his limited time in Cleveland in 2019. The Indians potentially saved about $27M by dealing Gomes (the break down of that deal will have to wait for a later date) in addition to adding prospects, got a better starting catcher in Perez, then missed out on nothing by adding Plawecki in Perez’s old role.

In the end, all three teams could wind up happy with this one, at least moderately so. The Mets didn’t need Plawecki as they started Wilson Ramos and got good defensive work from back-up Tomas Nido, but he was a huge pick up for the Indians. The Indians didn’t need Lockett (who the Mets can now play around with through 2024) or Haggerty, but both could still have a nice future in New York. The Padres were done with Lockett and got another starter with high potential out of the deal. It can be rare that everyone is happy with a trade, but is more likely with smaller deals like these and certainly seems to be the case at the moment. 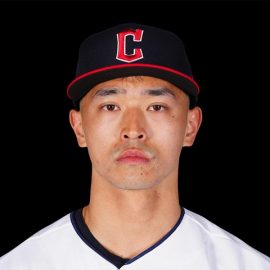