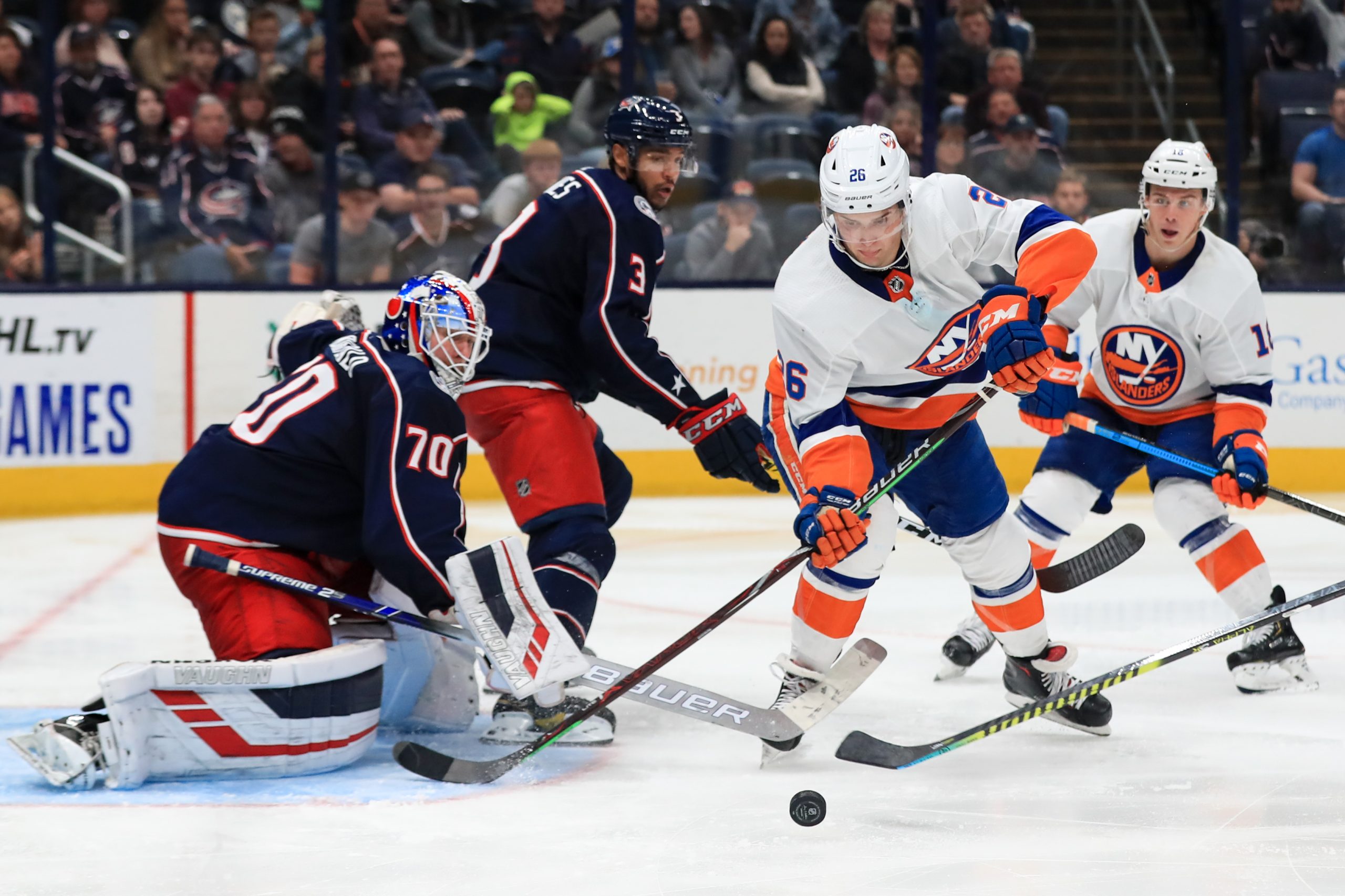 A day after the Islanders sent down Oliver Wahlstrom, head coach Barry Trotz made it clear there were aspects of his game that needed to be worked on.

Wahlstrom was returned to AHL Bridgeport on Saturday after the Islanders activated Jordan Eberle off injured reserve. Wahlstrom scored Bridgeport’s only goal in Saturday night’s 4-1 loss to the Providence Bruins in his first game back in the minors.

While the goal was an encouraging start for the 19-year-old, Trotz told reporters after Sunday’s practice on Long Island his game needed to be elevated beyond his natural skill set.

“He’s a young player that has loads of skill,” Trotz said. “He’s gotten this far on loads of skill. Now he’s got to learn to play the game. I think at every level he’s been a talent. He’s been the biggest, strongest, sort of most talented guy. Well, no one has really taught him the game for the most part.

“We’re doing that work. Bridgeport will do that work.”

Wahlstrom appeared in nine games with the Islanders, but failed to register a point during that stretch. He was minus-2 during his stint and had nine shots on goal.

The rookie saw his ice time drop as his time with the Islanders progressed. Wahlstrom’s ice time exceeded 10 minutes just twice in his final two games and he played just 6:46 in Thursday’s loss to the Pittsburgh Penguins.

It was Wahlstrom’s struggles with playing “the game,” as Trotz put it, which led to him dropping down on the Islanders’ lines.

“He started on the first line then kind of got (bumped down) to every line,” Trotz said. “It was because he can’t do it, it just doesn’t come naturally to him systematically to do things where you have to have some responsibility in certain areas of the game. He’s made good improvements in that, but it’s not quite there yet.”

The 2019-20 campaign is Wahlstrom’s first in the pros. He played five games with Bridgeport last season after leaving Boston College and prior to that he was was part of the US National Development Program.

One of the more interesting comments from Trotz was about why Wahlstrom has relied so much on his skill prior to this year.

“There’s certain responsibilities that don’t come naturally yet for him yet because he hasn’t had to do it,” Trotz said. “That’s on everywhere he’s played before that, unfortunately. Or he didn’t take enough responsibility on his own to say ‘I have to take more responsibility to be more detailed in this area because it impacts my game.'”