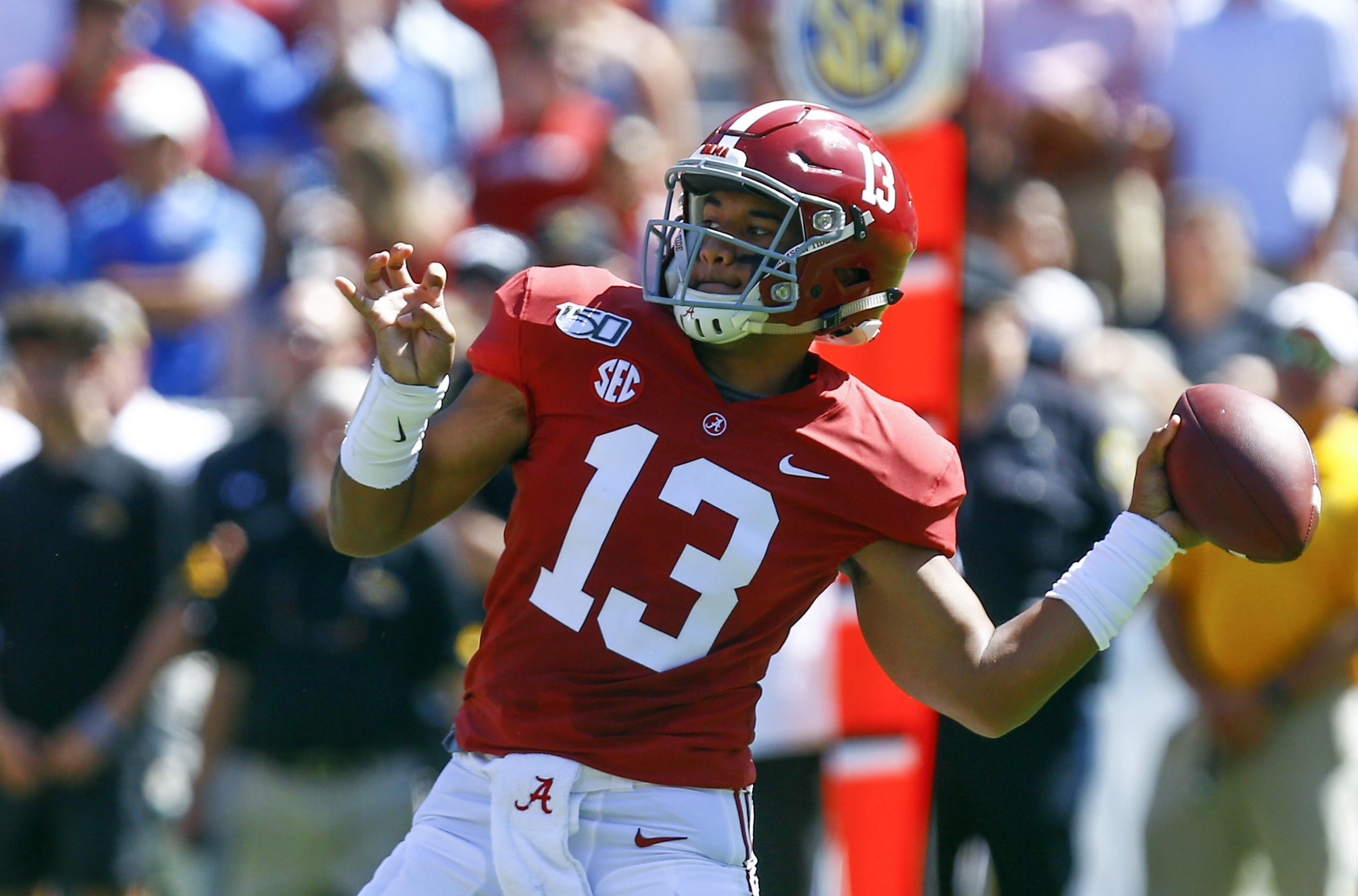 We’re only hours away from the start of the NFL Draft, and two of the biggest questions might be where quarterbacks Justin Herbert and Tua Tagovailoa might go.

Anywhere from 5th overall to even 24th in New England, their stocks are all over the place.  But this isn’t about Herbert, this is about Tua.

Dennis Pita was a solid tight end for the Baltimore Ravens in 2011 and 2012.  In Super Bowl XLVII against the 49ers, Pitta caught four passes, including one for a touchdown.

In 2013, Pitta suffered a dislocated hip and missed most of the season.  In 2014, Pitta suffered another hip injury, ending his season after three games. Pitta didn’t play in 2015 because of the reoccurring hip injury, but returned in 2016, having a career year with 86 catches.  The next season, a third injury to his hip ended his career.

Tua suffered a dislocated hip back in November in a game against South Carolina in which Alabama was up 35-7 late in the second quarter.

At first, it didn’t look like a big deal, but then the new broke that Tua had suffered a dislocated hip, and immediate memories of Dennis Pitta flooded the conscious.  And if that wasn’t enough, people dug further and brought out how Bo Jackson’s NFL career ended also on a dislocated hip at the rip old age of just 28.

This were the drafting Tua problem comes in.  There’s no questions about the talent, worth ethic, or leadership, it’s about the hip, and only the hip.

Can a team afford a top-10 pick on a player that might end up having his career prematurely ended like Pitta or Bo Jackson?  Why take the risk and all that money and possibly setting a franchise back several years?

Tua is the kind of player that bad football teams need.  They need his leadership, his calmness, his demeanor, and even his drawing power.  Tua is going to draw fans to buy his jersey, go to home games (hopefully this cornoavirus stuff will have passed by then), and watch him on the television.

He’s worth wherever he goes.  Some team will land a very solid quarterback and football player.  The only question is who takes him, and when.

I’m looking at you San Diego Chargers (I will always call them that).  You can’t draw fans to your own stadium, even when you had good teams.  Home games turned into road games, and that’s embarrassing for a team that had winning records and won division titles with Philip Rivers under center.  The Chargers need something to draw those fans back to the team, or gain new ones in the very least.

People would watch Charger games for Tua, especially a community like San Diego, who has a good sized Samoan population.  Seeing Tua playing quarterback would likely draw that fan base in.  As a Hispanic, I can testify that I was especially excited to see Jeff Garcia quarterbacking my favorite team, the 49ers.

It could work.  It would work.  Yes, drafting Tua Tagovailoa is worth the risk.