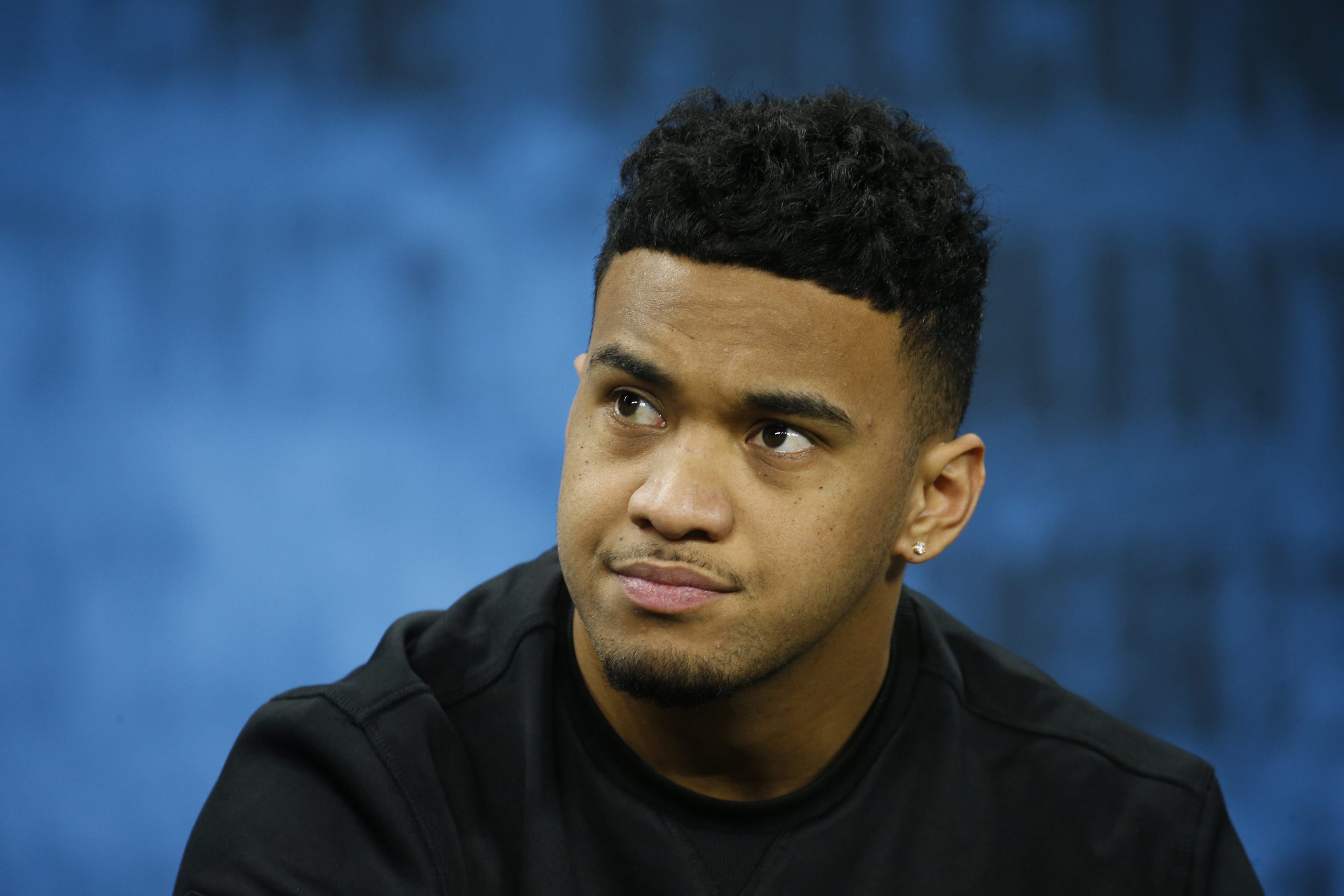 Riding a two game winning streak that included a win on the road against the defending NFC Champion 49ers, followed by a shutout win at home over the Jets, has the Miami Dolphins riding high into their Week 6 bye, just one game behind first place Buffalo.

Then on Tuesday, Miami pulled the plug on starting quarterback Ryan Fitzpatrick, who has thrown for six touchdown passes in the last two weeks.  And in enters Tua Tagovailoa.

Wait what? Did I read that right? Tua in, Fitz out?

Yep, that’s exactly what I read.  The announcement came down Tuesday from the Dolphins that the move had been made, and to be honest, it’s kinda shocking.

I know Tua got to play one series in the shutout win over the Jets, but the game was over, and he threw two passes, check them out:

Yeah I don’t really understand the move, especially at this point, with Miami just a game out of first place.

Brian Flores has done a good job of rebuilding the Dolphins since he’s taken over as Head Coach, but why now make this move?

So I’ve thought about it, and here’s what I came up with:

1-  Miami is rolling, so why not give Tua a shot with the team on a roll compared to team that is down and out, nothing to play for, players quitting, and then throwing the rookie in.

2-  If Tua falters, you know what you have in Fitzpatrick, so your fallback plan is solid.

Honestly, I’m still kind of up in the air about this call, especially right now- two game win streak, a game out of first place, and Fitzpatrick playing well.

Perhaps Miami saw the immediate success of fellow 2020 first round picks Joe Burrow and Justin Herbert and thought, why not Tua too?

I like Tua, but I’m still hesitant about the move, we’ll see what happens.  Like I said it was bound to happen either this year or next year, but the timing is just a little bit curious.

If Tua plays poorly, you’re going to have immediate grumblings from the players and possibly even the coaches when they see a healthy Fitzpatrick sitting on the bench while Tua struggles, I mean you are one game away from 1st place, and then this happens?

I root for quarterbacks, and I’ll root for Tua to play well, but it just seems like an odd move at an odd time, but I do hope it works out.  We’ll see, as will the rest of the NFL world as Tua Tagovailoa makes his starting debut Week 8.