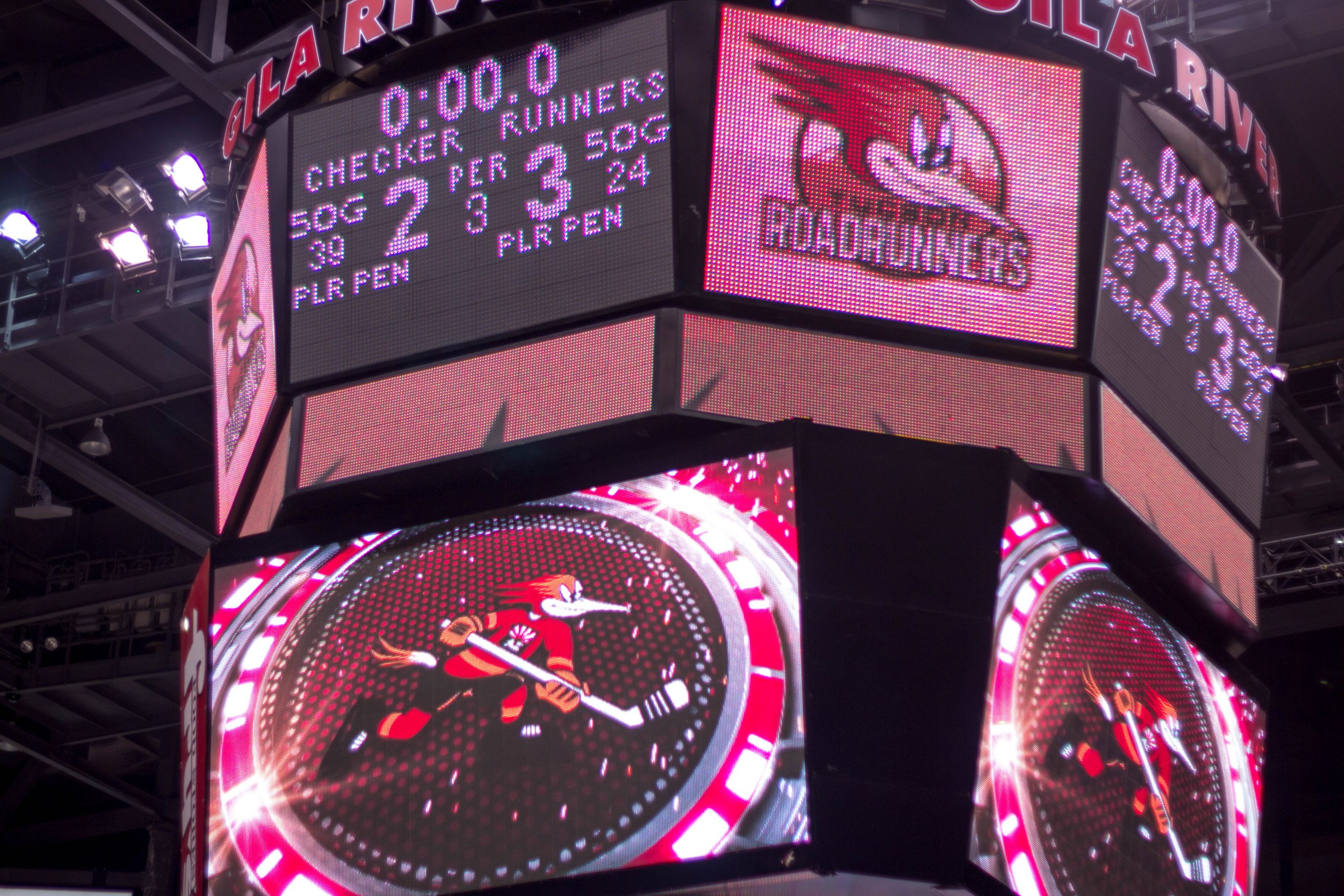 Yesterday the Tucson Roadrunners traveled north on the I10 to bring AHL hockey to Gila River Arena for two games against the Carolina Checkers (AHL team for the Carolina Hurricanes).

Tucson lead 2-0 for most of the game, thanks to Kyle Wood getting two early on. Carolina was able to score early on in the third to bring the score to 2-1. Roadrunner Chris Mueller was awarded a penalty shot shortly after the goal but was unable to beat Leighton.

The Checkers tied it up about half way through the third. It looked like the game was headed to overtime. Carolina seemed to be playing to get a point but the Roadrunners kept giving everything they could and it eventually paid off.

Anthony Duclair put his puck handling/skating skills on display and was able to keep the puck moving that lead to Tyler Gaudet to set up Laurent Dauphin’s game-winning goal with about 20 seconds left.

Overall it was a fun game and it was great to see the Roadrunners get the win.