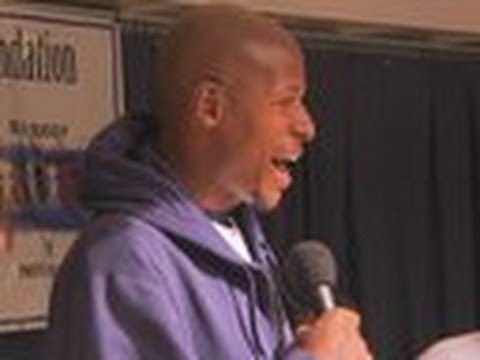 We all love a feel-good story that features someone’s hard, behind-the-scenes efforts. For those looking for the most recent installment of this you need look no further than the Tulane Green Wave football squad.

In 2013, then freshman Marshall Wadleigh walked on to Tulane’s football team and played in all 13 games. Wadleigh has since played in 24 more games, mostly on special teams. For the last three years, the Pearl River kid has put in work… hard work, and it became apparent last week it hasn’t gone unnoticed.

Coach Willie Fritz recently surprised Wadleigh at a team meeting and awarded the senior with a scholarship.

“The guy came in (and) worked his tail off and we wanted to help him with his room and board this year, and just recognize how valuable of a student-athlete he is for our football program” said Fritz.

The well-deserved scholarship isn’t the only form of recognition that Wadleigh has received this offseason. He was just named to the Wuerfull Trophy watchlist, an award given to the FBS player that best represents a well-rounded student athlete.

Bringing things back to the gridiron, Wadleigh recently switched over to a tight end position this offseason and will be looking to play out his senior year as a rotation player on Tulane’s offense. In his time with the team thus far, he has done a little of everything. Wadleigh has recorded 14 solo tackles, has rushed for 26 yards on offense and has returned two kicks for 12 yards.

Listen to what coach Fritz had to say about Wadliegh’s contributions to the team here.

As stated earlier, Wadleigh has transitioned to a tight end this year and that could be more significant than it appears at first glance. Odds are, with a team entering a season of uncertainty on offense, any help will be welcomed.

A scholarship is not only an honor for Wadleigh, but could easily be the catalyst that lights a fire under the young man this season. When September gets here, Wadleigh will show his fans, teammates and coaches that he’s worth every penny.