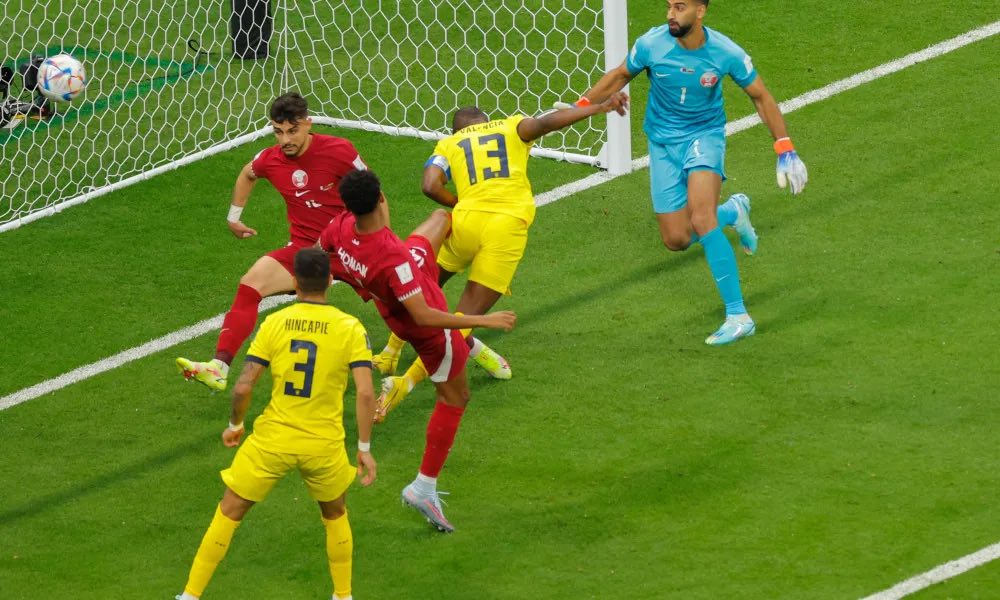 Qatar and Ecuador’s opening World Cup game was drowned in controversy after a bizarre offside decision against the hosts within the first five minutes.

Enner Valencia’s double sealed an important 2-0 win for Ecuador, but it could’ve been a hat-trick for the former West Ham United striker if not for a controversial VAR decision.

How do I tell my grandkids this was given as offside? pic.twitter.com/KlcJGh8U7x

The official decision from VAR was explained in a graphic shown during the broadcast, which ultimately confirmed that the correct decision had been made despite fan fury.

The 2022 Qatar FIFA World Cup has been surrounded in controversy since the day it was announced with allegations of corruption, inhumane migrant labour conditions, migrant labour deaths and LGBTQ+ concerns as well as basic human rights issues.

Many fans took to Twitter to discuss their outrage over the fact the goal even needed to be checked by VAR.

Christ, if that’s offside then there’s no point watching any of this. #QatarWorldCup2022 #QATECU

Qatar have been saved by VAR 5 minutes into their opening game… pic.twitter.com/6pN8TizNEu

OMG….Tournament in question already…..No way is that ever a VAR review

Ultimately, it was collectively agreed across social media that the right decision had been made by VAR, but the original goal looked perfectly viable to the naked eye.

Qatar will line-up against Senegal on Friday in their second group game, who will be without star man and Bayern Munich forward Sadio Mane who has been ruled out of the tournament.