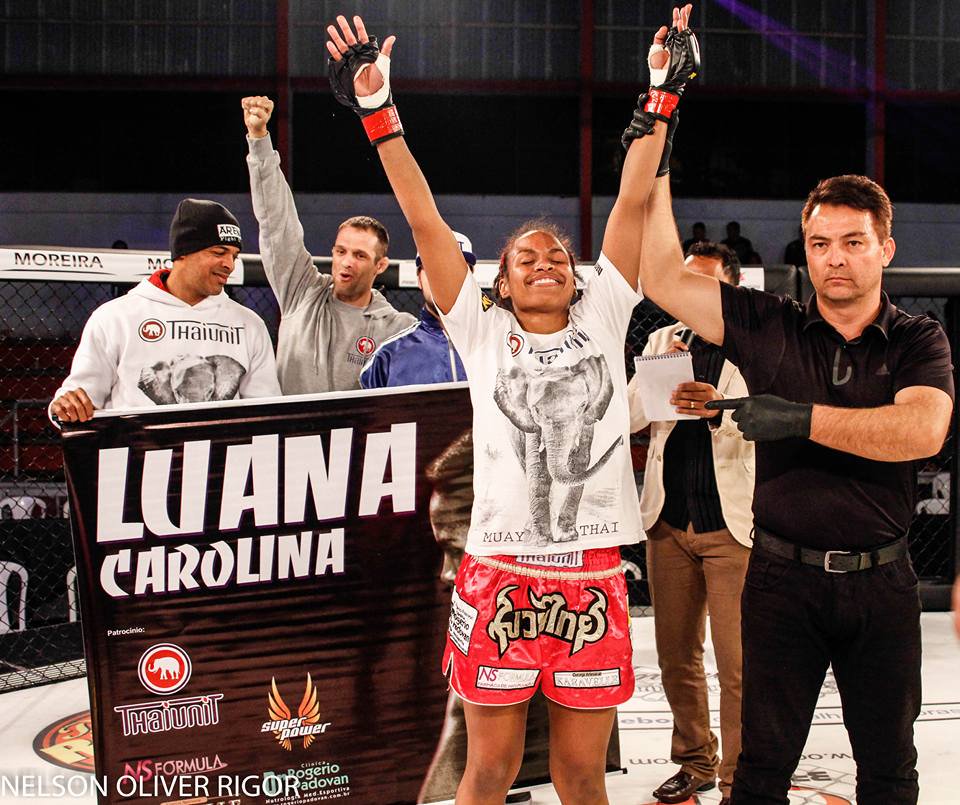 When the UFC added a Brazilian side to the Contender Series, they went all in on adding Brazilian women. Although many prominent women’s fighters are from Brazil, there aren’t a ton in the UFC, but here’s one to keep your eye on.

Bucking the trend of the grappling heavy Brazilian fighters, Carolina is a traditional Muay Thai striker. She uses kicks to work from distance including a strong Teep and a front kick she throws with bad intentions. Although she sometimes allows herself to be clinched against the cage a bit too easily, she also works well both offensively and defensively in the clinch. Using this positioning should help keep her off the ground and allow her to fight where she is most comfortable.

While the Contender Series has been a wild success, the Brazilian version of the show was not as hyped or as publicized. This may be due to the fact that it was aired on tape delay and American viewers somewhat understandably are less attached when the pre-fight interviews are mostly in subtitles. Nevertheless, the fights on that particular season were equally as entertaining and gave us stars like Johnny Walker. Carolina may not be the next Walker, but her style should make her a joy to watch this weekend.

Priscila Cachoeira is that standard Brazilian grappler that we’ve come to expect. Her pressure and submissions are legit, but her takedowns leave a bit to be desired. As a result, she’s a perfectly selected first opponent for “Dread”. She may try to force the grappling game, but likely won’t be able to get inside to make it happen. Then, even if she does, she’ll get punished for doing so.