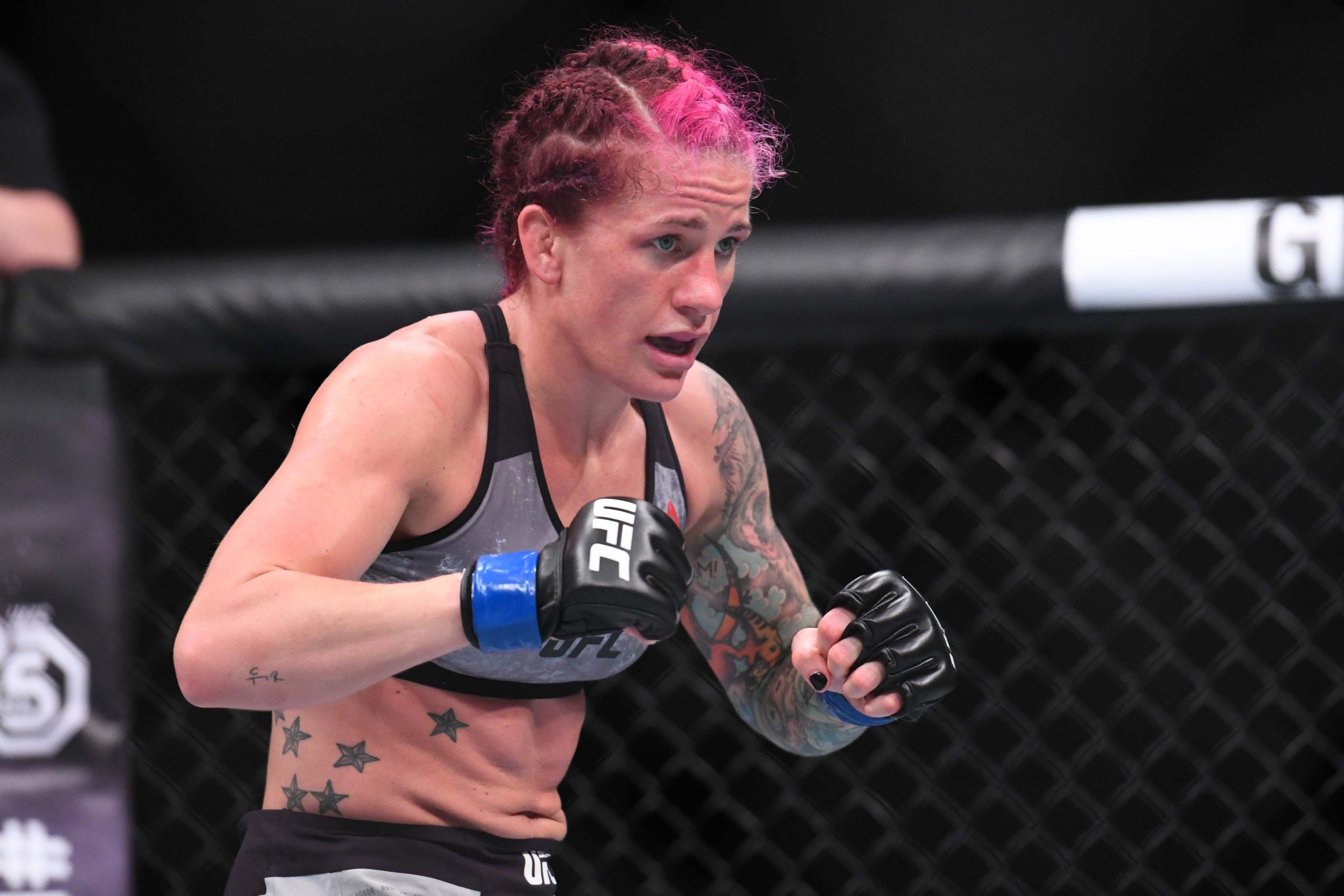 Much talk lately has been about fighters moving up a weight class. The success rate of such moves is pretty impressive, especially when you include people like Robert Whittaker. While our focus today may not have the accolades of Whittaker, her move in weight class has proven to be big for her career. The only difference is that the move is in the opposite direction.

Years ago, the UFC was a place where if you were losing, you just worked to drop a weight class. Everyone is smaller there, so it’ll obviously be easier. Then people started realizing that going up actually had more benefits – particularly for cardio and speed. However, Gina Mazany seems to be bucking that trend by giving us someone who looks entirely better down a weight class. She looked faster, stronger, and sharper down at flyweight for the first time – which resulted in a TKO victory. Some of this may also be due to her hiring a nutritionist and working at Glory MMA and Fitness with James Krause. No matter what it is, she looks like a whole new fighter now.

Up at bantamweight, Mazany didn’t exactly put together a sterling resume. In her five fights at 135 lbs, she registered a 1-4 record – nothing to write home about. It’s hard to build hype when you have that kind of record. Of course, her win over Rachael Ostovich might have done the trick since it was so impressive, but Ostovich had largely been written off by fans prior to that fight. As a result, Mazany clearly hasn’t gotten the shine that she deserves for her transformation.

Priscila Cachoeira has been known to struggle with those who are physically stronger than her. Molly McCann, who is not known for her wrestling, easily outwrestled the Brazilian en route to a one-sided decision. This spells bad news for Cachoeira in this bout, where she should be at a large strength disadvantage against Mazany. While she might see some success on the feet, Cachoeira should find herself on her back anytime Mazany wants it to go there.