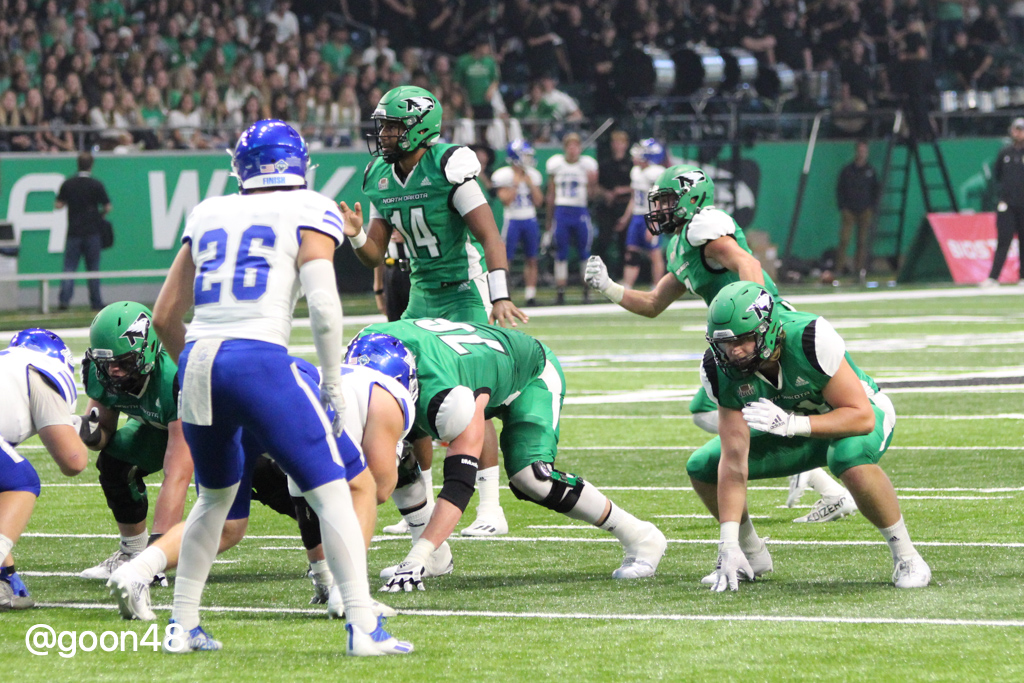 Saturday, the University of North Dakota football team extended their home winning streak to 12-straight games with a 38-0 win over the Drake Bulldogs.

The Fighting Hawks dominated the Bulldogs 527-163 in total yards. Unfortunately, the Hawks didn’t play a mistake-free game on offense. The Hawks turned the ball over five times. Two of those turnovers were deep inside the red zone. They’re going to have to clean that up before they open up Missouri Valley Football Conference play.

“I thought our defense played well and led us tonight, but we got to do better on offense. We were moving the ball, but we weren’t giving ourselves a chance,” UND Head Coach Bubba Schweigert said.

Coach Schweigert wasn’t happy about the turnovers, and they have two weeks to work on that aspect of their game.

“When you turn the ball over, it makes it hard, and it leaves a tough taste in your mouth,” Schweigert said.

The Hawks will take the win and move on.

“We’ll take the win, and I thought our guys played hard. We got to have better discipline and take care of the ball,” Schweigert said.

The Hawks played without All-American running back Otis Weah, who didn’t dress. The Moorhead, Minnesota native, was on the sidelines in street clothes. Post-game, Coach Schweigert didn’t give the media much of a reason why Weah didn’t dress.

“We decided that it was best for Otis and best for our team not to play him today,” Schweigert. “We’ll get him back, but we felt at this point that was what we were going to do.”