Tony Siragusa, a key part of the Baltimore Ravens’ Super Bowl winning team in 2001, died unexpectedly Wednesday morning, according to a statement from the team.

The team announcement didn’t list a cause or place of his death.
“The Siragusa family asks that everyone respect their privacy during this difficult time,” the organization said.
Siragusa had a 12-year playing career as a defensive tackle with Indianapolis Colts and Ravens before working for Fox Sports from 2003 to 2015, including nearly a decade as a sideline analyst on the network’s NFL broadcasts.
“This is a tough one. I love Goose like a brother,” former Ravens superstar Ray Lewis said. “From the first day we met, I knew that life was different. I knew he was someone who would change my life forever. He was a one-of-a-kind person who made you feel important and special. You can never replace a man like that.”
Siragusa also appeared in four episodes of “The Sopranos” as a minor character named Frankie Cortese and was in the 2002 Spike Lee film “25th Hour.”
On the sidelines analyzing games for Fox, Siragusa was known for his sometimes crazy outfits. At a game in London, he wore a bowler and a dark peacoat. For a holiday game he wore a Christmas tree sweater.
His unconventional announcing style on the sidelines had fans and critics. In 2016 a writer for Barstool Sports called him the “most unintentionally funny sideline reporter of all time.”
The news of Siragusa’s death came hours after the Ravens announced outside linebacker Jaylon Ferguson had died at age 26. No cause of death was given. The Louisiana Tech prospect was drafted by Baltimore in the third round in 2019. In 38 games with the team, 10 of which were starts, Ferguson had 67 tackles and 4.5 sacks in three seasons.
“This is a tremendously sad day for the Baltimore Ravens,” owner Steve Bisciotti said in a statement. “We appreciate everyone who has expressed an outpouring of support for our players, coaches and staff.”
Topics
Ravens 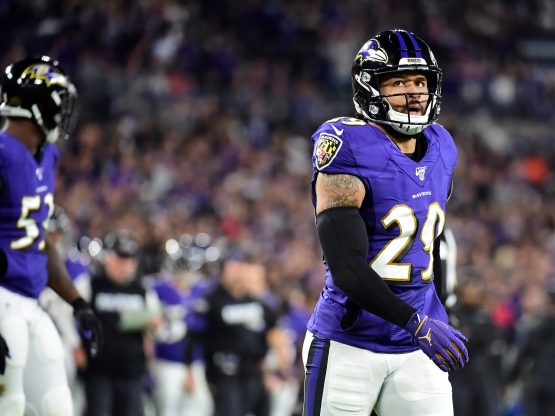