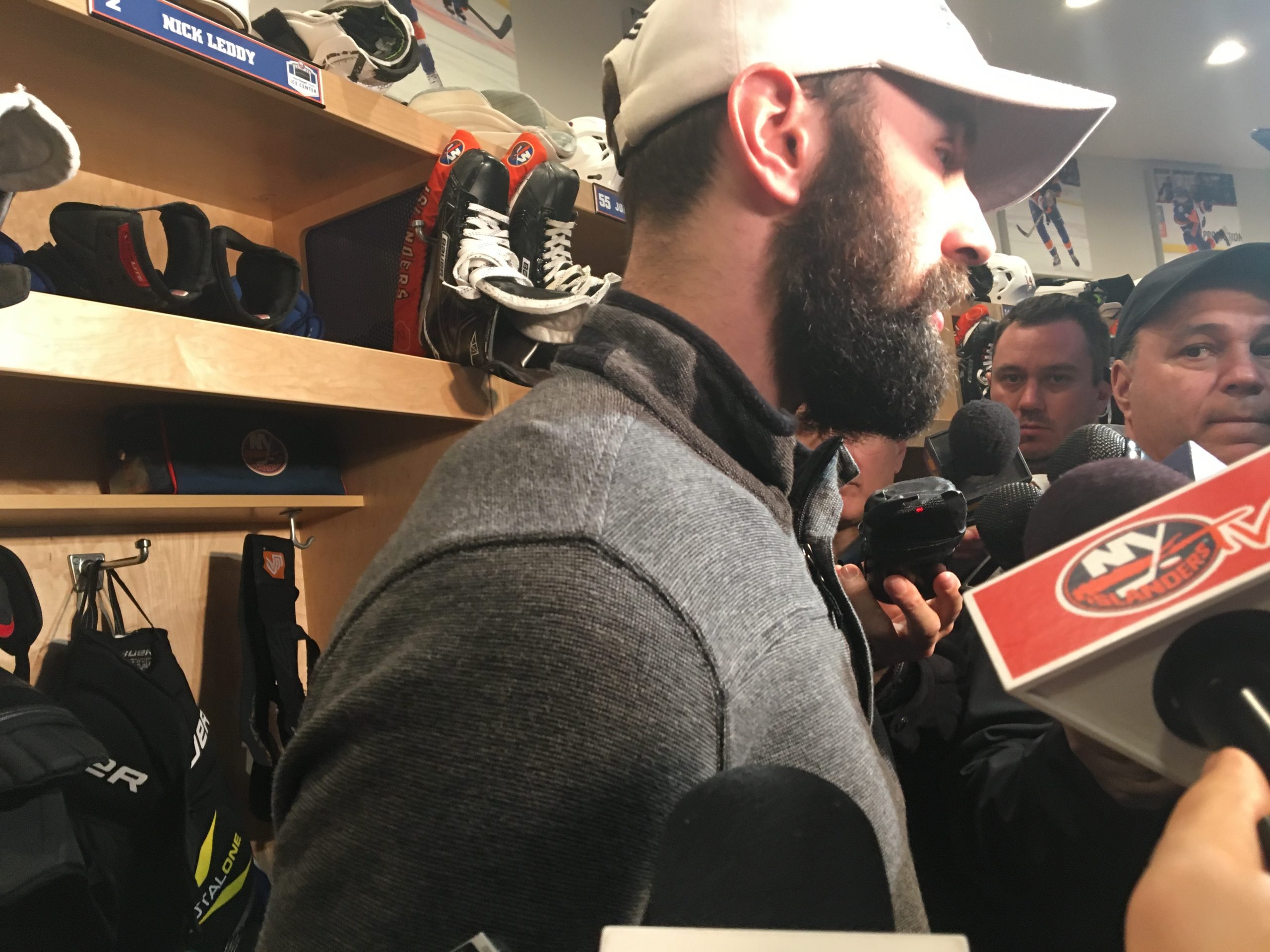 EAST MEADOW, N. Y. — The second day of exit meetings are taking place today at Northwell Ice Center. There are 10 players left to meet with the media, including John Tavares.

Islanders co-owner Jon Ledecky, general manager Garth Snow and head coach Doug Weight will meet with reporters as well. This page will be updated throughout the day as players finish up their exit interviews.

Update 12:40 PM: As the season progressed, attention among the many issues with the Islanders issues turned to Nick Leddy’s plus/minus. As a refresher, Leddy finished the year a minus-42.

It was a stat Leddy was well aware of during the year.

“I think it’s an interesting stat to begin with,” Leddy said. “You have five guys on the ice and I think sometimes it’s a little luck involved. Talking to the coaches throughout the year I think for me it’s going back and looking back at the goal. If there was something I could do better then I’ll work on that. It’s hard not to pay attention to it as a defenseman, but you have to try and just block it out.”

Updated 12:11 PM: After suffering a season-ending shoulder injury earlier this year, Calvin de Haan said that he was finally feeling human again. The pending UFA missed a large portion of the season due to a shoulder injury he suffered in December.

“I dislocated my shoulder many times before,” de Haan said. “It sucks. It’s a very strange feeling. You feel like you’re paralyzed almost. It’s just like, uh oh something is not working. It’s weird, but it was tough.”

The defenseman said that he did everything he could do to repair the injury, including placing new bone in his shoulder. Doctors are confident that he will be the same player as he was before.

de Haan was on pace for a career season this year.

“I’m in good hands,” de Haan said about his recovery. “(The doctor) is confident is too. It shouldn’t hinder hockey, but just everyday things. I’m a human again, which is nice. I can drive with my left arm. I can open the door. Just stuff like that.”

He also indicated he wanted to remain with the Islanders.”We’ll just get this out of the way now, I would love to stay here,” de Haan said.

Updated 10:47 AM: Thomas Hickey was unsure where he could be next season. The defenseman will be an unrestricted free agent come July 1 if he doesn’t re-sign with the Islanders.

Hickey appeared in his 400th NHL game earlier this season with the Islanders.

“I think it’s a good opportunity to just sit back,” Hickey said. “We talked about a little bit of an understanding that there’s bigger people to take care, obviously, without saying names. They have to figure that stuff out. The one thing we have is time to circle back if there’s a fit, it would happen.

“If not then I’d be grateful for the time spent, but I think we’ve all got time on our side before those decisions have to be made.”

Adam Pelech was first to meet with reporters this morning and reflected on the lost season. Pelech appeared in 78 of the Islanders 82 games and registered 19 points (three goals, 16 assists).

“It was obviously a tough year,” Pelech said. “I think we had pretty high expectation just starting from training camp with the group we had. Then getting off to a good start, so it’s extremely disappointing. I think everyone is excited to get the summer underway, work on what we need to work on and get back at it next year.”

The 2017-18 campaign was Pelech’s first full season with the Islanders. The 23-year-old defenseman had played 53 games in the NHL before this season.

“Just being able to go out there and play a lot of minutes, play important minutes against good players, it’s great for anyone’s development. I think that was great for me and hopefully, that can translate to some success for next year.”