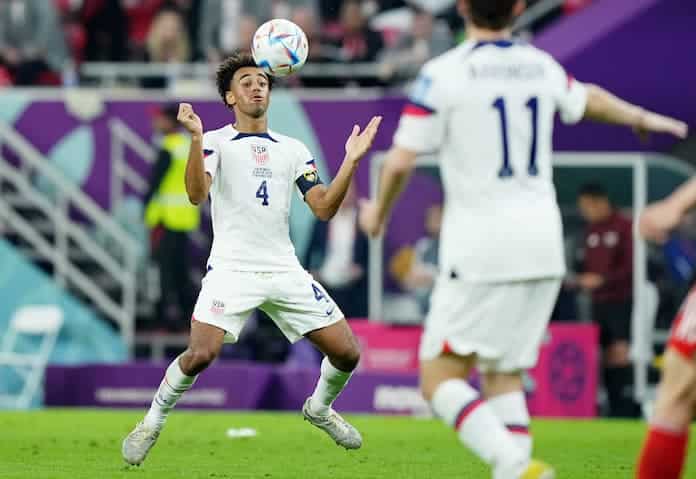 After the United States Men’s National Team drew their World Cup opener yesterday against Wales in Group B, attentions now turn to Friday’s game against England. The USA played well in large patches of the game and do seem to have a strong soccer team. So, just in case you weren’t sure, here is who is in Gregg Berhalter’s 26-man roster in Qatar.

Best World Cup Betting Sites To Back The USMNT

Here is who made it into the final 26-man roster of Gregg Berhalter’s 2022 Qatar World Cup squad.

After their 1-1 draw with Wales in the first game of the 2022 Qatar World Cup, it was clear to see the USMNT have plenty of talent in their squad.

Captain Tyler Adams had a steady game in the heart of midfield, winning the ball back and creating attacks with his accurate passing and super tackling. He has had a great season so far with Leeds United and looks to be continuing that form in the World Cup.

Tim Weah, the goal scorer, had a fantastic game too. He took his goal so well, finishing it off first time into the far corner of the net. The Lille striker looked dangerous any time he got the ball and went forward. He can certainly cause England some problems on Friday.

Christian Pulisic was another standout performer. It is clear to see why he plays for one of the best teams in England and has a Champions League medal in his trophy cabinet. The whole team played well, particularly in the first half.

Despite not getting the full 3 points, there were some really positive signs for Gregg Berhalter and his coaching staff. England on Friday afternoon will be a tough one, but one the USA certainly shouldn’t fear at all.