USA Hockey Should Be Embarrassed By Their Actions. 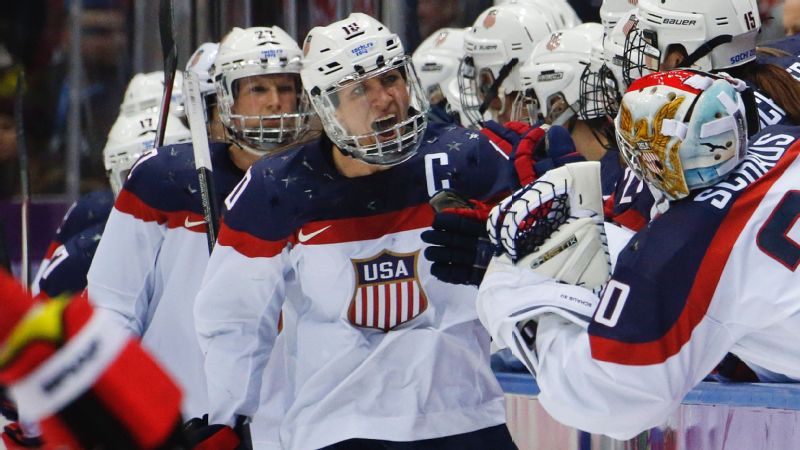 Editor’s Note: Before we get into this post, please head over to The Ice Garden. They’re a women’s hockey blog that has done an excellent job covering everything that’s happening. I spent a lot of my time at their blog and using their timeline to put this post together. Give them a follow on Twitter at @TheIceGarden.

If you haven’t been paying attention to the USA Women’s Hockey team, you should. For a little over a year, USA Hockey and it’s women’s team have been negotiating new contracts to no avail. These negotiations took place over three in-person meetings in April 2016 in Colorado (after the women’s team won gold at the IIHF World Championships in Canada on April 4th), September 2016 in Boston and the last meeting was February 23, 2017.

The women have been fighting for three major areas: compensation, marketing/promotion and development (increased programming for girls, etc.). Let’s talk about the issues the women are fighting for. From an ESPN post:

Two of the many examples the women players have cited: They play only nine games in non-Olympic years, whereas the boys’ 17- and 18-year-old teams play 60-game schedules. Also, in 2016-17, USA Hockey funneled $3.4 million to its boy’s developmental program and another $1.4 million into the USHL, its top league for boys ages 16 to 20, according to minutes from the federation’s 2017 Winter Meeting, but “virtually nothing” to its girls programs.

The women also want more financial support from USA Hockey. The federation currently pays the national team $6,000 for its six-month training residency in Olympic years. Beyond that? The remainder of the players’ earnings originate from the U.S. Olympic Committee, which provides athletes in all sports with performance bonuses for Olympic and world championship medals. The USOC also awards training stipends in non-Olympic years that range from $8,500 to $24,000 per player, depending on a player’s accomplishments.

That’s a lot to take in so let’s spend a little time digesting this. The women want to play more while representing USA Hockey. We’re not talking about the NWHL or the CWHL. We’re talking about the red, white and blue here baby. When you look at the boys compared to the women’s teams, they’re treated incredibly different. Notice I didn’t say the men’s team, which is made of up NHL players. We’re talking about 16-20 year olds who play more than Olympic winning hockey players. Nine games in non-Olympic years is a fucking farce.

Secondly, let’s look at their income from USA Hockey. This article mentions that USA Hockey pays them $6,000 for its six-month training residency. $6,000. That’s not $6,000 per month. That’ is $1,000 per month if you wanted to break it down monthly. That is a slap in the face when you see USA Hockey putting millions towards men’s development programs.

US WNT will not play in 2017 World Championship due to stalled negotiations over fair wages and support from USA Hockey #BeBoldForChange pic.twitter.com/qEXVyoKE6y

The USA Women’s hockey team is going to boycott the 2017 IIHF Women’s World Championship in Plymouth, Michigan. This is incredibly important because it is the first time that the Women’s World Championship will be held on American soil since 2012. USA Hockey also purchased Compuware Arena in 2015, renamed it USA Hockey Arena (state of your arena name, mate) and invested millions making it a state of the art facility.

So that’s the long and short of it. The women want to be paid more, want USA Hockey to put money into development programs for women and young girls and want to play more. They also want women’s hockey marketed.

There’s a good chance that if you’re reading this, you probably rolled your eyes a few times. I’ve dealt with people in my mentions (@PezDOY on Twitter) saying that the women should not be paid the same as men. Whatever your beliefs are on that subject, the women should be paid more than they’re currently making right now. With the right amount of marketing, women’s hockey could be something larger than it already is – especially when you look at the talent on the women’s team. This is could be the best group of women we will ever watch play hockey and USA hockey can’t throw them a couple more bucks and a couple more commercials, billboards and ads? Get the fuck out of here.

So what is USA Hockey doing now?

Well, that’s the fun part. After a fourth negotiation in which 20 players traveled to Philadelphia to talk to USA Hockey, the organization came back with a very “disappointing offer” and the players immediately said no.

"USA Hockey … made a disappointing offer that didn't reflect the progress of the negotiations." #BeBoldForChange pic.twitter.com/PGP9n85pBH

USA Hockey is now trying to get scabs to play. From Vice:

USA Hockey told USA Today that “it will begin reaching out to alternate players to determine their availability.” The organization is looking to pull players from the National Women’s Hockey League, including the Minnesota Whitecaps, as well as college teams….

And later in the article

“I think you won’t see [NWHL players agreeing to be scabs], but I think if you do, there’s a really rough conversation that needs to happen after that,” Battaglino said. “How do they fit into the framework of the NWHLPA, and how do they fit into the growth and development of the league if they’re not willing to stand behind player advocacy for the betterment of our sport?”

Well, USA Hockey has reached out to people from the NWHL, CHWL, NCAA D1 schools, NCAA D3 schools, high schools, U16, beer league, club teams and even retired NCAA players. Publicly about 45 players have come out and already told USA Hockey to pound sand. We are at the point where USA Hockey would rather ice Bimmia and Jimmia from Hockeytown or a bunch of 15-17 year olds instead of paying their professional hockey players a living wage.

Whatever you believe in terms of women’s sports – a professional athlete should not have to work two or even three jobs to survive. I would argue the same for anyone in any country, but when you have a multi-million dollar non-profit organization backing you, you can afford to pay your people more than unsustainable wages.