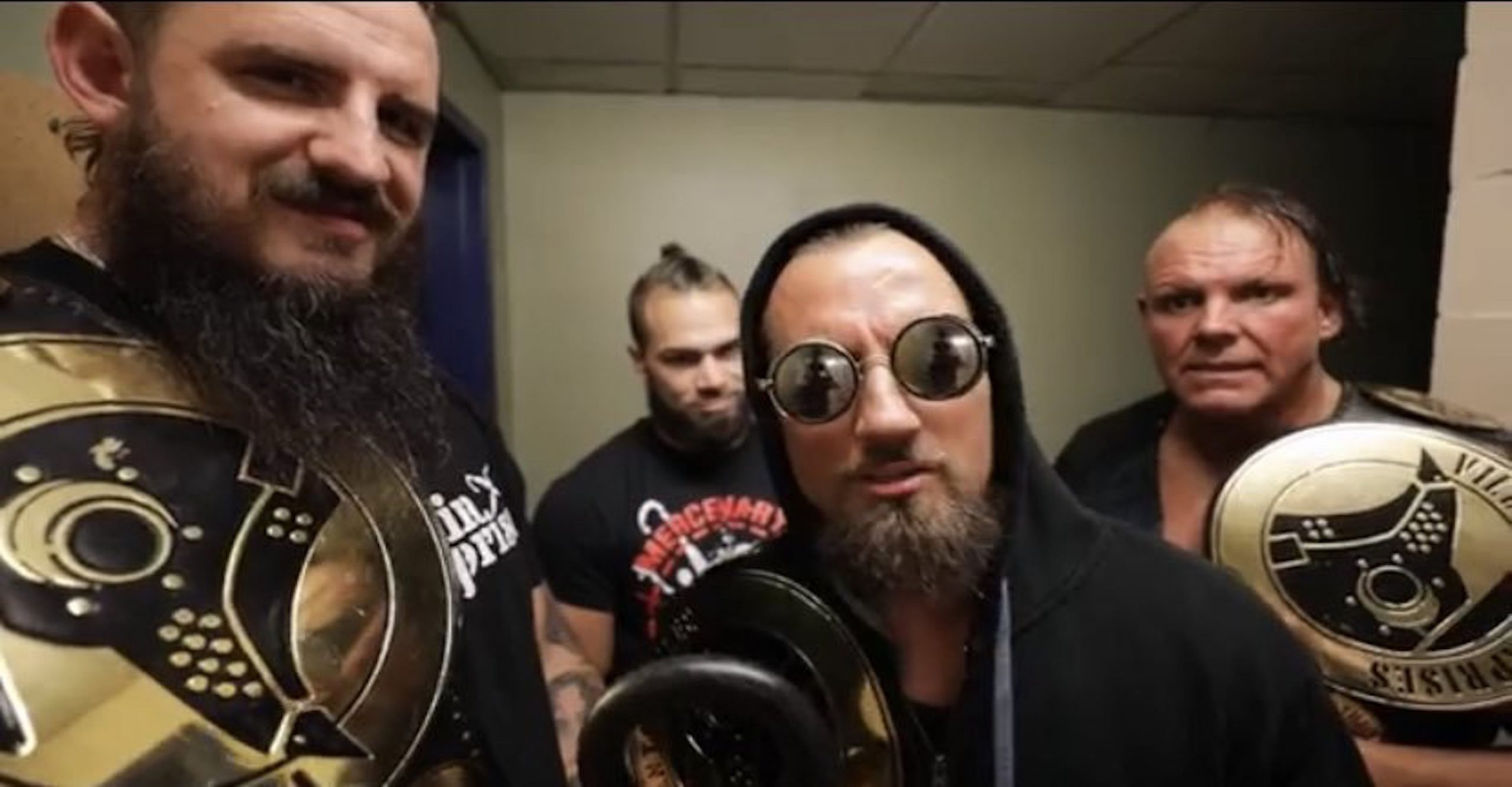 Ring of Honor star Marty Scurll is one of the hottest talents working in the pro wrestling industry today. The leader of Villain Enterprises has called ROH home since 2016 and now it appears he’s not leaving anytime soon.

Recent reports online indicate that Scurll has resigned with ROH. Those reports also say that Marty has been added to the company’s booking team. Marty addressed the situation following the main event of Honor Reigns Supreme in Concord, North Carolina on January 12.

Marty thanked the fans in attendance and then revealed that he is indeed staying with Ring of Honor. He asked for the crowd’s continued support of the company as the night came to a close. The announcement of Marty’s decision may come as a surprise to some, who believed that he was perhaps headed elsewhere.

Scurll’s road to the top of ROH came following his departure from The Elite, the faction run by Cody Rhodes and The Young Bucks. Cody and The Bucks left Ring of Honor and New Japan Pro Wrestling to create AEW, which has been running weekly TV programming on TNT since October of 2019.

Since that time, Marty has been a featured attraction in Ring of Honor, while also maintaining a presence in the NWA as well. Scurll worked Nick Aldis for the NWA World Championship at The Crockett Cup event in April of 2019 in what many felt was the match of the year.

Marty’s work with Villain Enterprises has helped keep Ring of Honor at the forefront for many fans. Now that ROH and the NWA are seemingly working together again, Marty could become a regular staple of both companies moving forward.