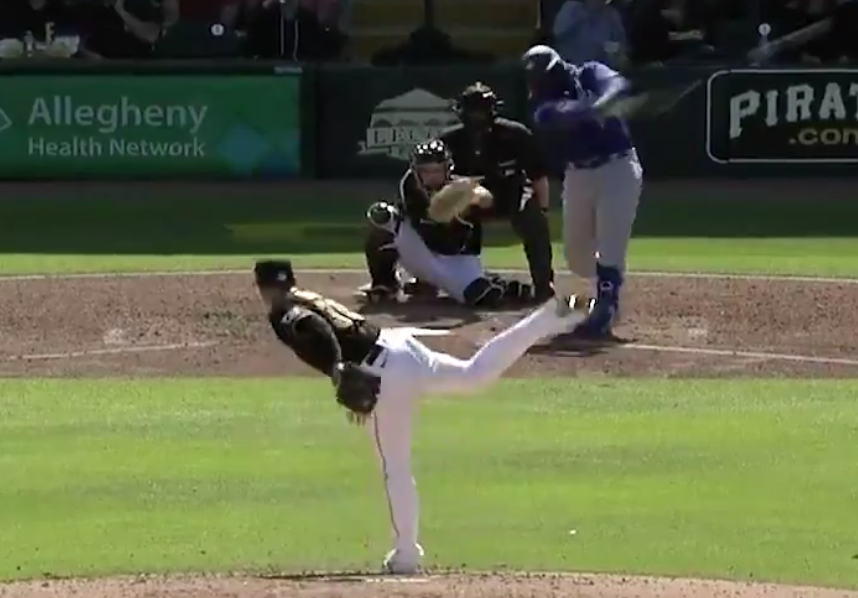 The Blue Jays have one of the most entertaining young lineups to watch in all of baseball, and Vladimir Guerrero Jr. is a big reason why.

Vlad, like his father, has never really seen a pitch he hasn’t liked. Not only that, he can also drive literally all of them out of the ballpark, going opposite field with ease.

He showed off his power in Sunday’s spring training game against the Pirates, when he made perfect contact with a pitch, and drove it out in a hurry. The ball was actually hit square out of the ballpark, but the netting helped it carom back in toward fans in the stands.

That ball became an absolute laser after hitting off Vlad’s bat.