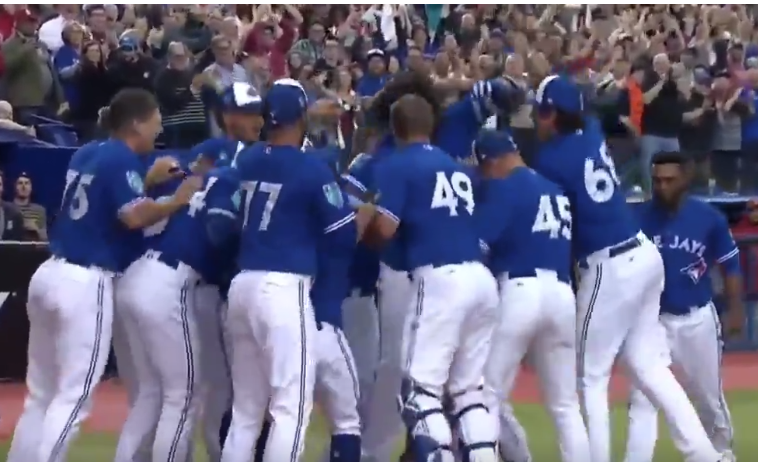 Hall of Fame slugger Vladimir Guerrero last played in a game at the end of the 2011 MLB season, and on Tuesday, fans witnessed a passing of the torch, so to speak.

His son, Vladimir Guerrero Jr., came to the plate in the bottom of the ninth inning of Tuesday’s exhibition matchup between the Blue Jays and Cardinals, and he delivered in a big way.

Guerrero Jr. wore the same number on his jersey that his dad wore, No. 27, and also did something at the plate that his old man was known for doing. Cardinals pitcher Jack Flaherty served up a hanging breaking ball, and Guerrero didn’t miss it. The ball ended up landing in the stands, for what ended up being the first (and only) run of the game.

You couldn't script it any better. People wouldn't believe you. #LikeFatherLikeSon https://t.co/yURPB0UqsY

The walk-off home run was celebrated by Guerrero and his teammates, and we expect more to come from the young slugger.