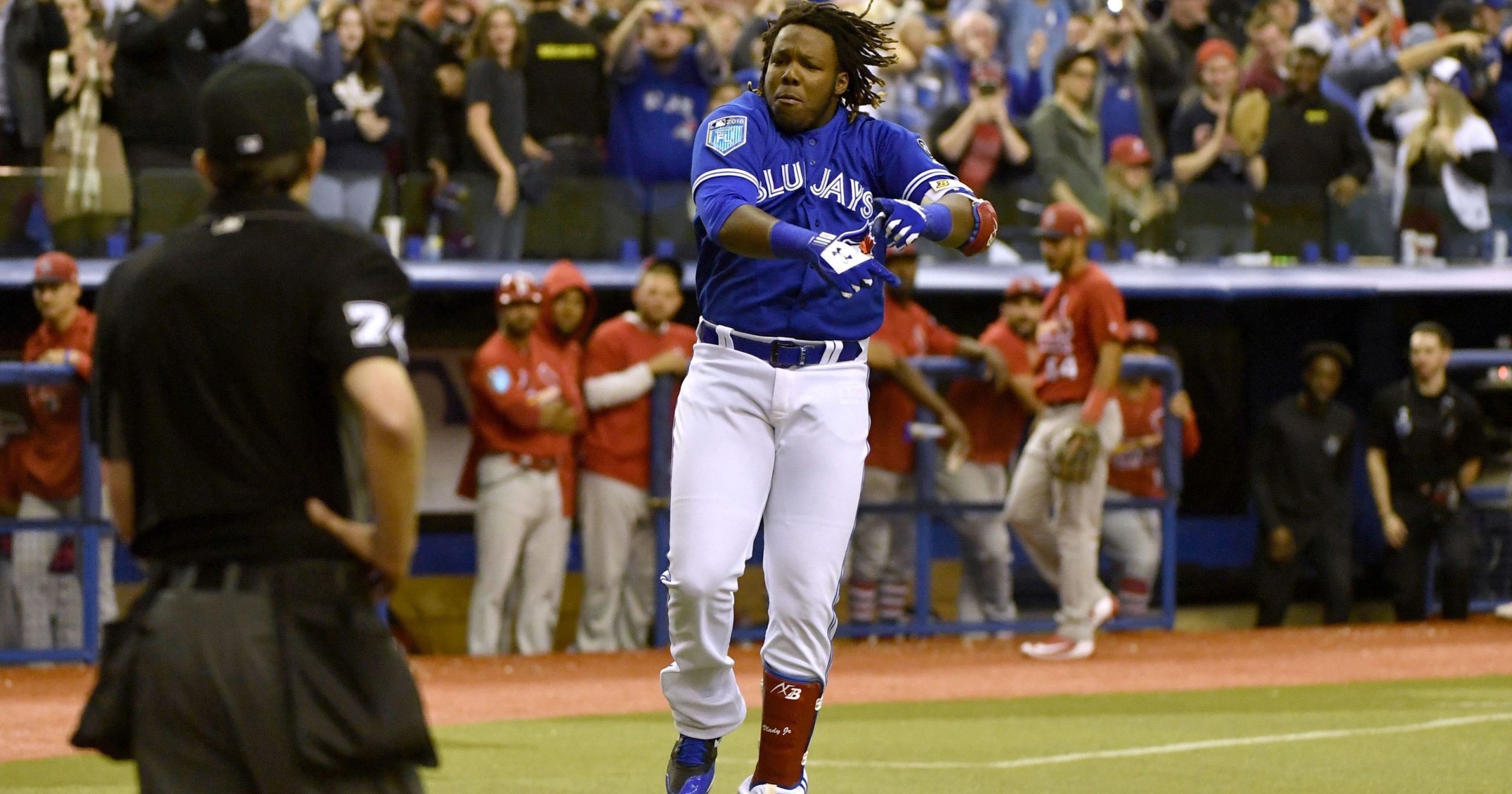 One of the best prospects in baseball today will finally be making his major league debut. Vladimir Guerrero Jr. is in Toronto for the Blue Jays’ weekend series against the Oakland Athletics.

The plan was for the Blue Jays to wait a few weeks to avoid Guerrero becoming Super-2 arbitration eligible following the 2020 season, a common theme when it comes to top players in the minors. Now that he is finally here, the baseball world will be watching intently to see what he does. Someone who is very happy for the slugger is his dad, who has donned a Canadian baseball jersey before.

A retired Hall of Famer, Guerrero sees himself in his son. He took to Twitter to wish him the best in his future.

My son! The country that saw you as a child will now see you turn into a big one.

Working hard everything can be done. I’m proud of you!

Desde mi corazón, para ti mi hijo. ||From my heart to you my son. https://t.co/JyOqBe3pZ6

Vlad Jr. is just one year younger than his dad was when he made his MLB debut. With his dad, Toronto and the rest of the baseball world excited to tune in, it is up for Jr. to show he is the next big thing. It is showtime, folks!