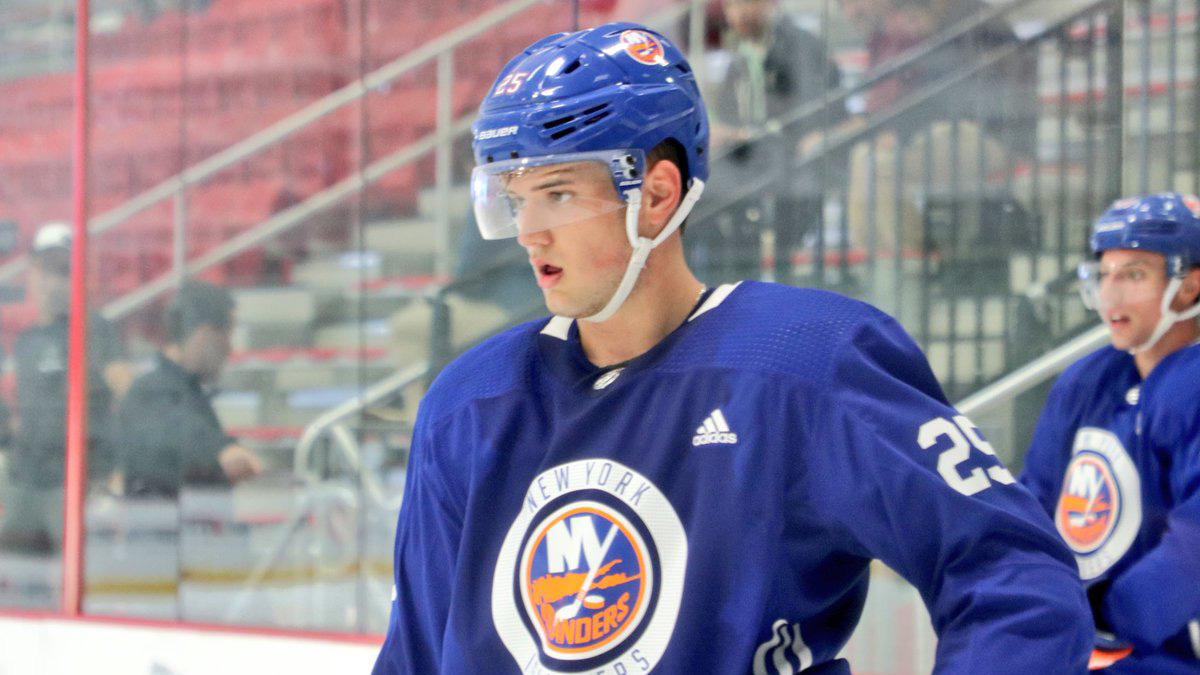 EAST MEADOW, N.Y. — It was an unlikely duo that stole the show on Thursday night during the Islanders annual Blue & White Scrimmage. First-round pick Oliver Wahlstrom and camp invitee Bobo Carpenter each recorded multi-goal nights in front of a packed house at Northwell Health Ice Center on Long Island.

“I just try to go out there and do the little things,” Carpenter said afterward. “It’s just what I’ve been taught and what helps me succeed. Today I got the bounces that went in. I owe a lot to my teammates too. The puck movement and the mental game they had for the game was really helpful.”

Not to be outdone, Wahlstrom had two goals in the first game as well, which included a highlight reel goal that saw Wahlstrom dance around three different players. The play brought the sold out facility to its feet as the fans gave an enthusiastic cheer for the effort.

“I don’t know what really happened there,” Wahlstrom said with a chuckle. “I kind of just tried to cut in there and it worked out. So it was just pretty fun.”

Thursday’s public scrimmage was the highlight of the Islanders annual mini-camp as fans packed the team’s suburban Long Island practice facility. Many had come to get their first peek at first round picks Wahlstrom and Noah Dobson.

Fans had shown up hours before the start of the annual prospect development camp event.

“It’s awesome,” Wahlstrom said about the fan support on Thursday. “It shows you the passion they have for your team. I take that to heart. That’s awesome and the crowd they had today was unbelievable.”

Standing room crowd at #Isles scrimmage. And I took this right after the first of Bobo Carpenter’s three goals. pic.twitter.com/wVL8ukmKGT

Carpenter also noted the fan presence when he spoke to reporters.

“You don’t really see that too often,” Carpenter said about the large crowd. “To see that is a special feeling. It shows they care and it shows the work you put in pays off for them.”

Thursday’s performance from Carpenter, who is headed into his senior season at Boston University, is one that he hopes catches the eye of someone at an NHL club. Carpenter was undrafted and that has left him with a bit of a chip on his shoulder, he said.

“You want them to see it all through the season, especially these nights when they’re right there in front of you,” Carpenter said. “Hopefully someone really likes it and takes a chance. Hopefully, it turns out for me that way.”