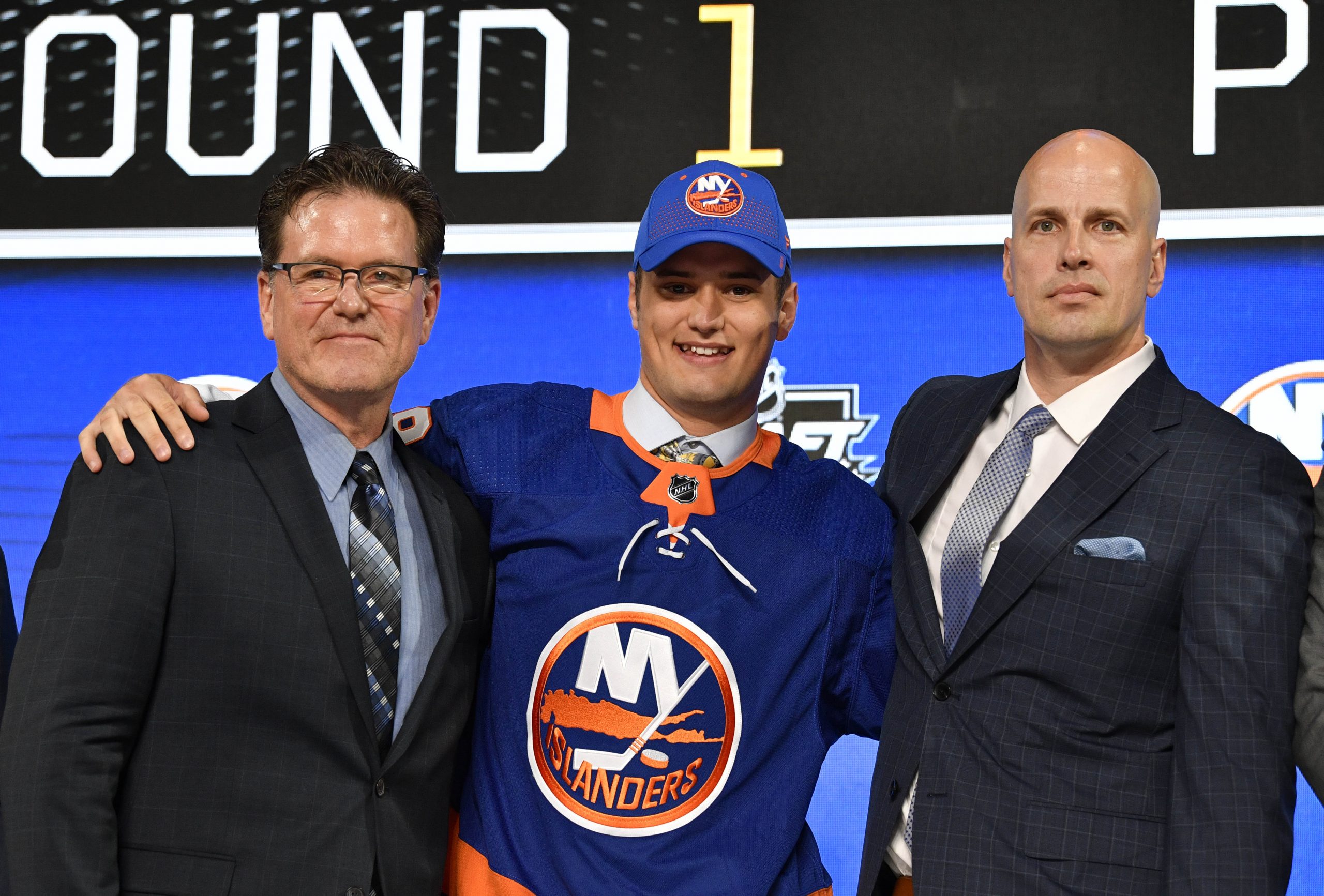 EAST MEADOW, N.Y. — There was no shortage of confidence or motivation from two of the Islanders newest members on day one of the team’s mini camp out on Long Island.

Drafted 11th and 12th overall, respectively, Oliver Wahlstrom and Noah Dobson were expected to be top 10 picks at this year’s draft in Dallas. Instead, the two talented prospects dropped right into the Islanders lap with nearly a dozen teams passing over the pair, including the rival New York Rangers.

The Rangers opted to draft Vitali Kravtsov with the ninth overall pick instead.

“I think the New York Rangers made a mistake there,” Wahlstrom told reporters after he finished his first on-ice session as an Islander. “It’s fine. I”m just really happy to be with the Islanders. I just have to stick to my gut and work hard. I’m not focusing on anyone else in the draft other than my team here, my organization here. So I’m very excited.”

The shock at the availability of Wahlstrom was quickly followed by the surprise that Dobson remained available as well. The 18-year-old, 6’3″ defenseman skated with the day’s second group on Monday at Northwell Health Ice Center.

Dobson also said the fact several teams passed over him before the Islanders selected him 12th overall added more motivation to be successful. 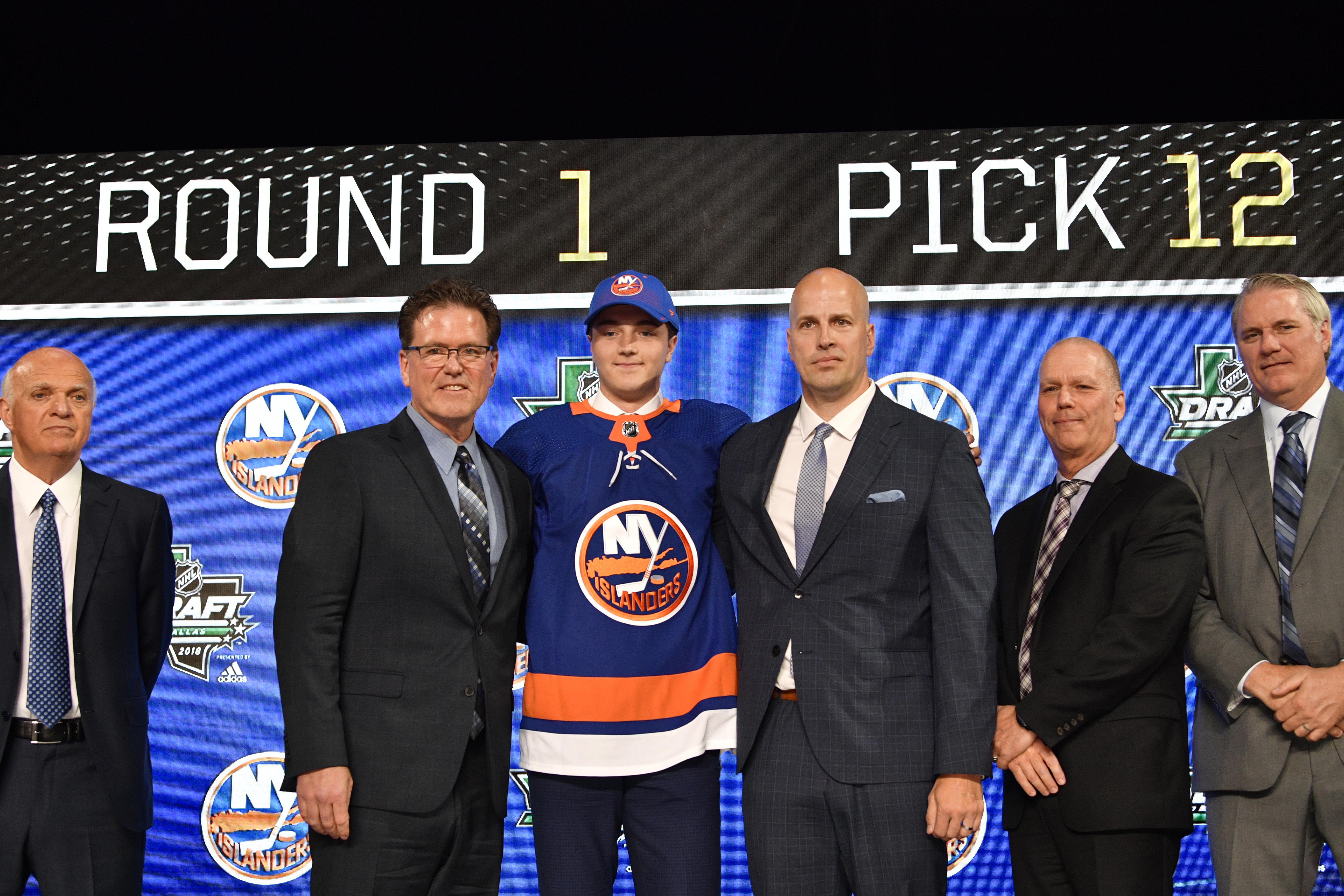 “Certainly I think it’s a little extra motivation,” Dobson said. “I mean you don’t need much motivation at this level. It’s a dream of mine to play in the NHL, but to have those teams that kind of passed on you and stuff you’re definitely going to use that as motivation and try to prove them wrong.

“Saying that I came to a great organization in New York and I’m very excited to be here with them.”

Tuesday kicked off the first day of on-ice activity at Islanders mini camp. Each group spent about an hour on the ice working with the Islanders coaching staff, minus new head coach Barry Trotz who was in California as part of the effort to re-sign John Tavares.

Both players enjoyed their first day back on the ice. Wahlstrom even joked it was his first time wearing a visor.

“It’s really fun,” he said about his first day. “I’m going to take this week in and learn a lot. It will be fun.”

“I’m going to take this week in and learn a lot… Work on habits and just develop this whole week, soak everything in and work.” – @WahlstromOliver #IslesMiniCamp pic.twitter.com/dulQYYf7RA

With Trotz away, Bridgeport Sound Tigers head coach Brent Thompson took the lead in running camp on Tuesday. The AHL bench boss liked what he saw from Wahlstrom and Dobson right off the bat.

“I thought he was really good right from the beginning,” Thompson said about Wahlstrom. “The power skating, working on his edges. Coachable kid. Was taking what we said and trying to apply it. Obviously his shot and his skillset you can see it. His level of skill is off the charts.”

Thompson later added about Dobson: “He’s a heavy defenseman. He asked some really good questions out there. Made good points. Feet are good, big body. I really like the way he is.”