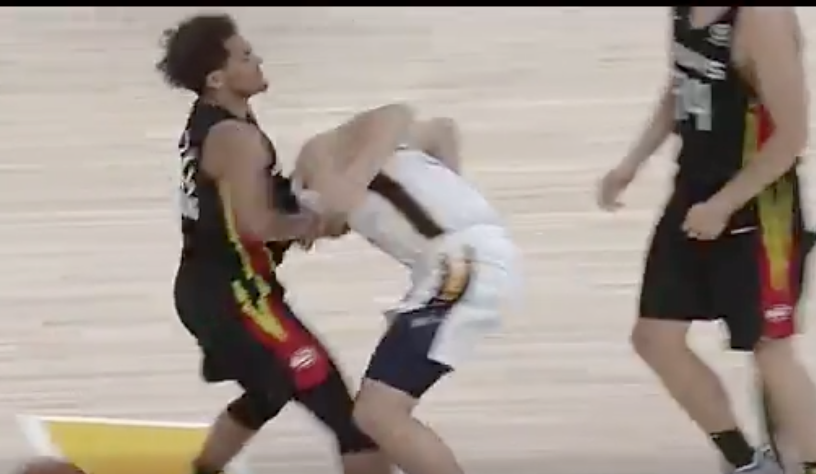 Jazz rookie Grayson Allen is picking up where he left off in college, it seems.

Allen, who is known for being a bit fiery on the court, has a history of getting into it with his opponents. He did exactly that during Thursday’s Summer League game against the Hawks.

The Jazz guard stepped out to defend Trae Young, and got physical with him in doing so. The two then got tangled up, and Allen even elected to drive his shoulder into Young’s midsection.

Grayson Allen already starting with his B.S. in the NBA lol pic.twitter.com/eKaMxpnnQL

It sure didn’t take Allen long to be involved in a skirmish, although no one was really surprised by the heated exchange.