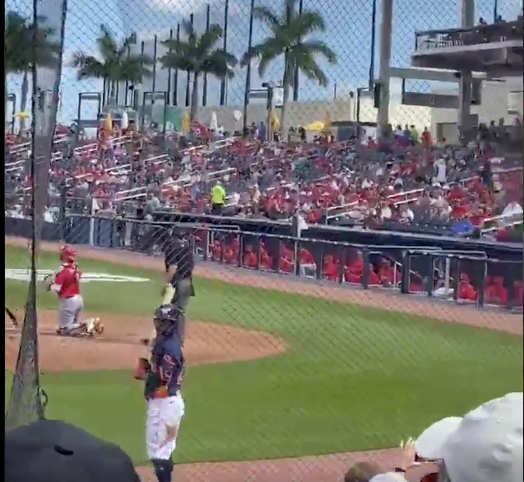 Jose Altuve and the Houston Astros players have had plenty of time to get prepared for the tough treatment from fans and players this season, for their role in the 2017 sign-stealing scandal, but even an entire offseason doesn’t contain enough hours for the worst form of heckling.

The Astros have heard it from their opponents, who have trolled them in comments to the media. They’ve also heard plenty of taunts and jeers, which were to be expected.

One particular fan appeared to cross the line during a recent spring training game, and Altuve was so upset that he actually turned around in the on-deck circle to give the fan a death stare.