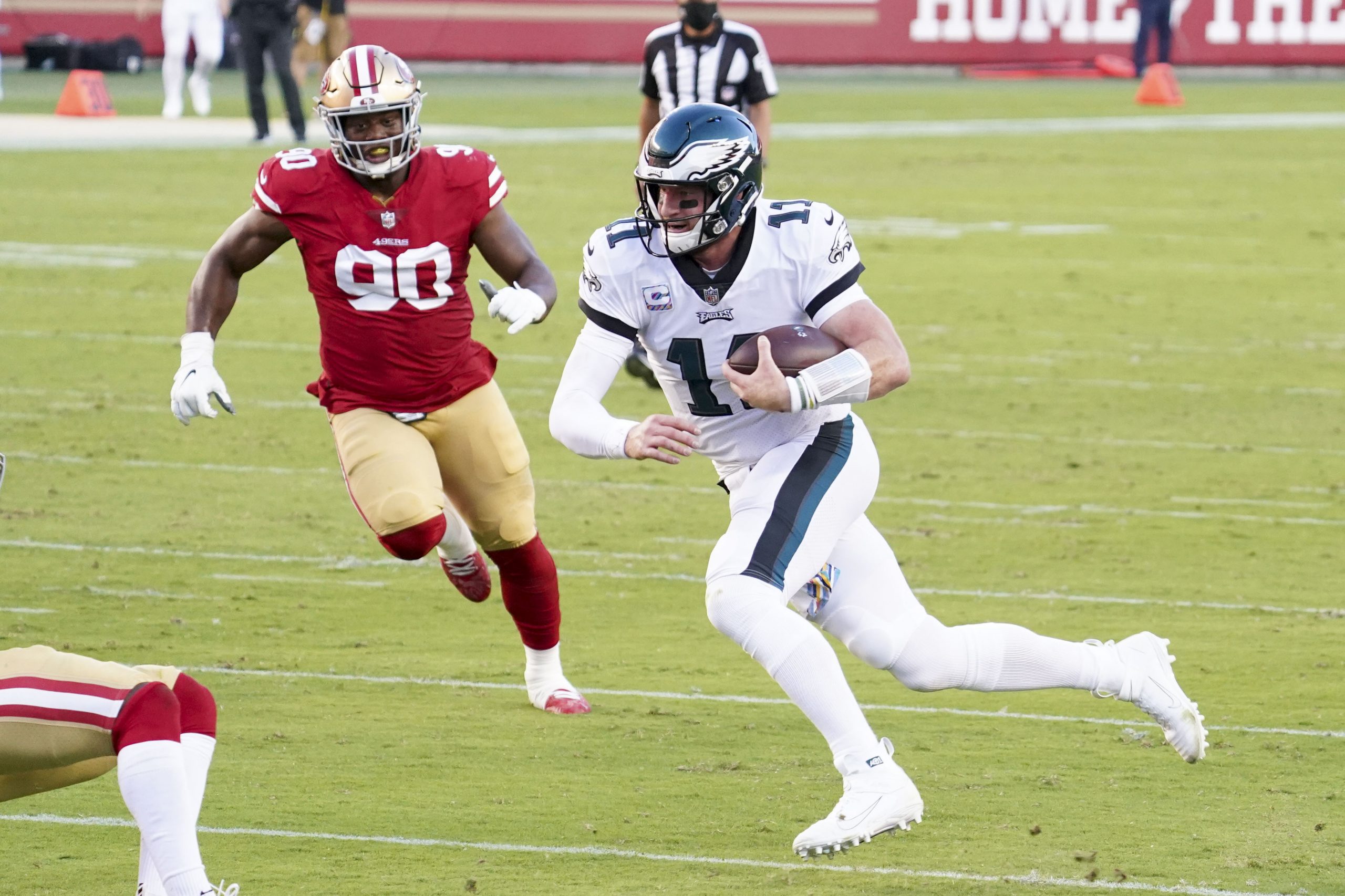 The Philadelphia Eagles are looking for their second-straight win when they take on the Pittsburgh Steelers in the battle of Pennsylvania on Sunday (1:00 p.m., FOX).

After winning their first game of the year in Week 4 against the San Francisco 49ers, the Eagles head into Pittsburgh with momentum on their side. Philadelphia is surprisingly sitting in first place in the NFC East with a record of 1-2-1.

However, the Eagles are still banged up on both sides of the ball. Once again, they will be without wide receiver Desean Jackson, who is still dealing with a hamstring injury.

Along with Jackson, Alshon Jeffery still has not been cleared to play and will be out for Sunday. Rookie wide receiver Jalen Reagor will also be out as he is on injured reserved with a torn ligament in his thumb.

As for the offensive line, Jordan Mailata, who impressed in his first career start at left tackle against San Francisco will be starting on Sunday. Right tackle Lane Johnson also landed on the injury report with an ankle injury but is expected to play.

On the defensive side of the ball, Avonte Maddox will be out again with an ankle injury. This means Jalen Mills might line up at cornerback again, instead of safety for the second consecutive week.

However, a surprise addition to the Week 5 injury report was safety Rodney McLeod. He was a limited participant in practice on Friday with a hamstring injury but is expected to play.

Nevertheless, with the abundance of injuries, the Eagles activated rookie wide receiver Quez Watkins and defensive back Craig James from injured reserve on Saturday.

#Eagles have elevated TE Jason Croom and DB Elijah Riley from the practice squad to the active roster for #PHIvsPIT.

Outside of the injuries, quarterback Carson Wentz had his best game of the 2020 season last week against San Francisco.

Wentz was 18/28 for 193 yards, threw one touchdown and one interception. Even with a depleted receiving core, Wentz seemed a bit more comfortable and was getting outside the pocket more. He also took better care of the ball and was more accurate with his passes.

With that being said, Pittsburgh will be a tough test for the Eagles. They are 3-0 and coming off of a bye week due to the Tennessee Titans’ Covid-19 outbreak. Unlike the Eagles, the Steelers are relatively healthy and played well to start the season.

In their first three games, quarterback Ben Roethlisberger has thrown for a total of 777 yards and 7 touchdowns. In Week 3 against the Houston Texans, he threw for 237 yards, two touchdowns, and had a quarterback rating of 101.3.

With the Eagles’ defense leading the league in sacks, look for the battle in the trenches to be a key x-factor in determining the outcome of this game.

Another matchup to watch for will be JuJu Smith-Schuster vs. Darius Slay, as this will be a battle all game between two Pro Bowl players. This season, Smith-Schuster has 17 receptions for 160 yards and three touchdowns.

Last Sunday, they had no answer for Niners All-Pro tight end George Kittle, who had 15 receptions for 183 yards and a touchdown. That being said, one could say that the matchup between the Eagles’ linebackers and Steelers’ tight ends could be intriguing to follow throughout the game.

In the end, the battle of Pennsylvania will surely be a tough fight at Heinz Field on Sunday afternoon.