What if the Minnesota Timberwolves had a throwback night? 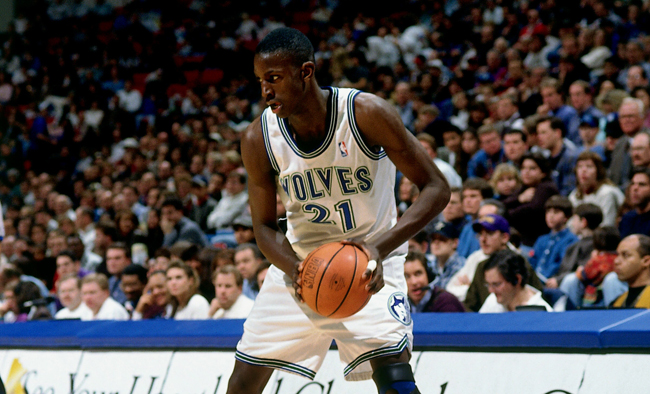 With a 6-17 record, it is fair to say that the Minnesota Timberwolves aren’t having a lot of fun. It is time to take the Target Center back to the days of construction in 1988 to celebrate with a throwback. Taking inspiration from the Toronto Raptors “Huskies” jerseys and the Cleveland Cavaliers “Rick Roll” video, let’s examine how the Timberwolves would celebrate such a theme.

Founded in 1989, Minnesota is the fourth newest franchise in the NBA. The team’s history is limited by both age and accolades, but they can still tap into the nostalgia of the ’80s and ’90s that Generation X and Millenials value so much.

First, the team should consider its jerseys. Basketball thrived in Minneapolis from 1947 to 1960 before the Lakers moved to Los Angeles.

As cool as those jerseys are, wearing them wouldn’t mean much to anyone younger than Sid Hartman. The Lakers jerseys should be considered for a “throwback” night by the Wolves in the future (there are no lakes in Los Angeles, after all) but for real fun right now, it needs to be a theme night.

Second, the team needs a song for the night. What better than 1982’s Billboard hit “Hungry Like The Wolf”?

But to make the night really special, do you think Tom Thibodeau still fits into his track suit?