What Is Canada’s Route To The 2022 World Cup Final In Qatar? 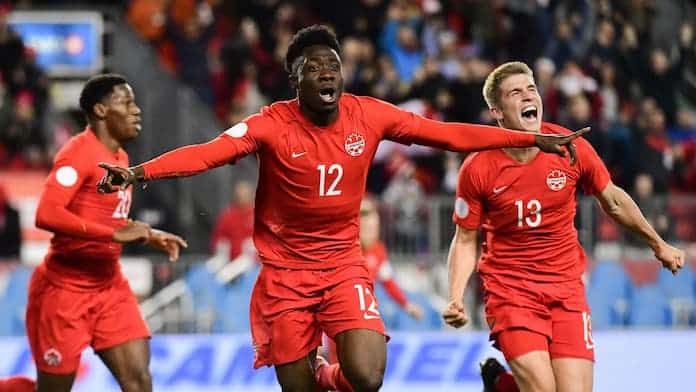 The Canada National Football Team get their 2022 World Cup campaign underway against Belgium on Wednesday November 23 (1pm kick-off CT). They are the fourth ranked team in Group F, but just in case they spring a major surprise, here is the potential route to the Final for Canada.

The best Canada sportsbooks are offering a price of around +27500 for Canada to win the 2022 World Cup. Despite having a young and exciting squad mixed with talent from the Premier League, Bundesliga, Ligue 1 and Serie A, Vegas is far from predicting a successful World Cup campaign for the Maple Leafs.

Best World Cup Betting Sites To Back The Maple Leafs With

Our sports betting sites for soccer give the thumbs up for players to join from ANYWHERE in Canada. Just sign up today, deposit, claim your free bets and then use them to bet on the up-coming 2022 FIFA World Cup.

And, if you like betting on the move, you can check out the best soccer betting apps to use in Canada to wager on the World Cup and watch the action when out and about.

DID YOU KNOW? This is the first time Canada have qualified for the World Cup Finals since 1986.

John Herdman’s side need to finish in either first or second place in Group F to advance to the knockout stages. This will be tough, of that there is no doubt, with Belgium odds on favorites to win the group, with Croatia second favorites and Morocco thrid favorites to qualify from Group F.

Depending on whether they top the group or finish in runner-up will of course determine their potential route to the final. If the Maple Leafs win Group F, they will play the runners-up in Group E which consists of the Spain, Germany, Japan and Costa Rica.

However, the current sportsbook odds think Belgium (-188) will win Group F and the Croatia will come home to take second place with Morocco (+1000) taking 3rd and the Maple Leafs (+1200) in fourth.

For the sake of argument lets say Canada finish second in their group behind Belgium, it is likely that they will play Germany (+1100) or Spain (+875), who are the strongest teams in Group E, in the Last 16. This would no doubt be a tough ask for the Canada National Football Team, but players like Alphonso Davies have experience of playing the best players in the world regularly, so this would definitely help. 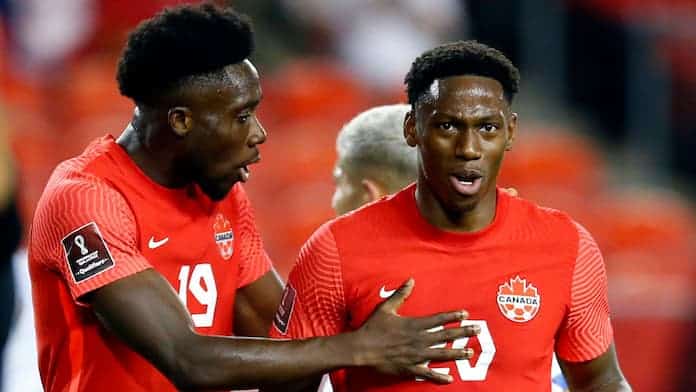 If Canada somehow get past either Spain or Germany and make it to the Quarter-Finals, they will have to face the pre-tournament favorites – Brazil. That’s right, Canada could be lining up against the like of Neymar ad Vinicius Jr in the last eight.

If hypothetically Canada pull off a monumental victory and defeat the Brazilians, a date in the Semi-Final with either Argentina (+600), Denmark (+3000), France (+675) or England (+850) looks like the most likely of outcomes for John Herdman’s men.

Progression from the group stages should be the aim for the Maple Leafs, whose squad is largely unproven and has no experience whatsoever at the World Cup Finals. Stake are offering customers a price of +275 for Canada to qualify for the knockout stages from Group F. Alongside Croatia, Belgium and Morocco in the group, making the knockout stage would be a fantastic achievement for the Maple Leafs.

See below Canada’s opening three group games, then if they finish first or second in the group (3 points for a win and 1 point for a tie) they will progress to the knockout stages.