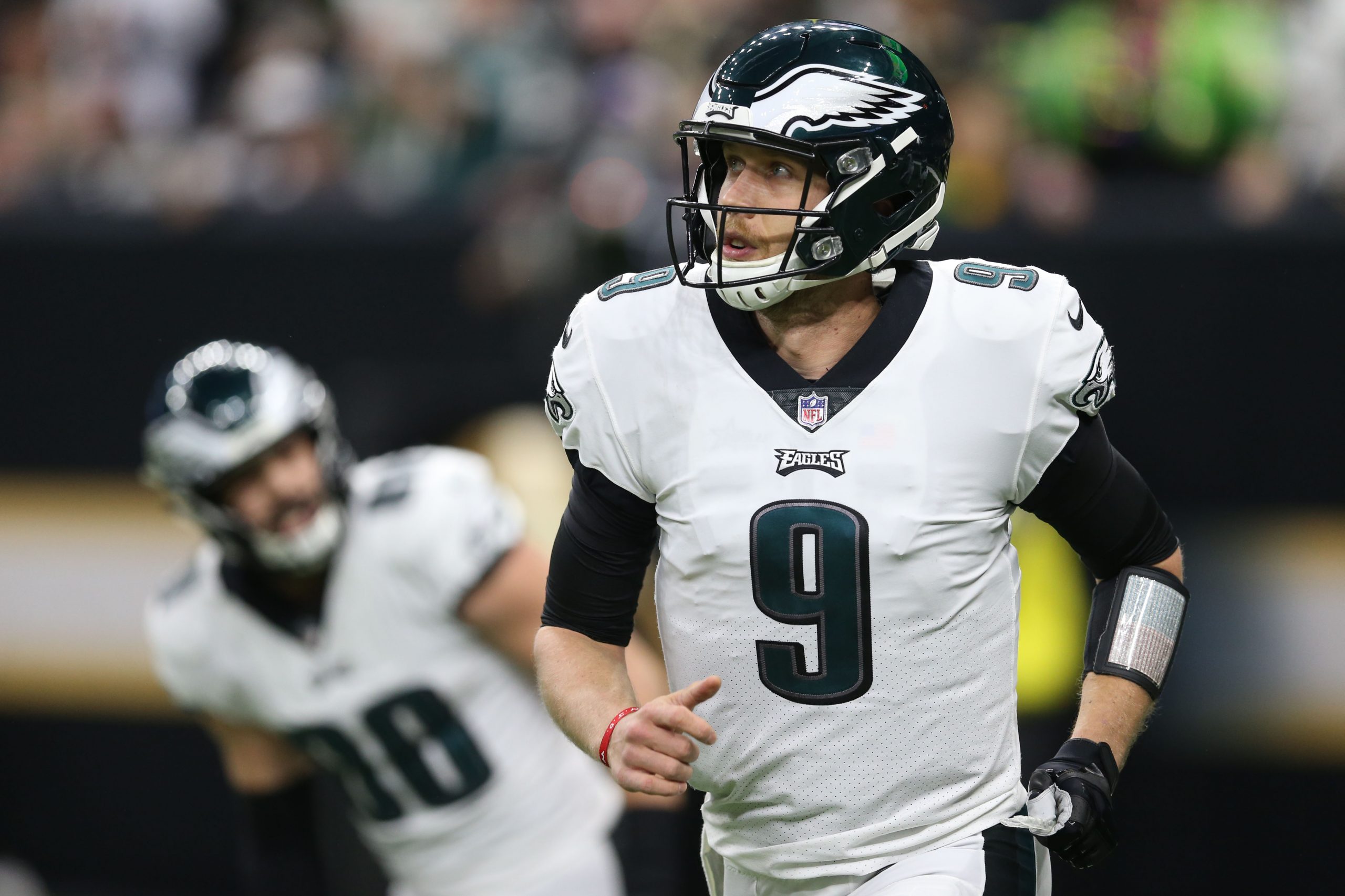 When the Chicago Bears swung a deal to acquire Nick Foles from Jacksonville, it signaled that current starter Mitch Trubisky, is on a very short leash.

Trubisky struggled mightily last season, just one year removed from being 11-3 as the starter in Chicago.  In 2019, Trubisky finished 8-7 as the starter- his touchdown passes, completion percentage, and QB rating all dropped.

The struggles were enough for the Bears to go out and bring in Nick Foles, who himself is just one year into a 4-year contract with Jacksonville, worth $88 million.

So here we sit with Foles, a Super Bowl Champion two seasons ago, who joins the Bears, one season removed from the NFC North Champs and a Wild Card playoff game.  The question now is, what is his role in 2020 and beyond?

Is he the defacto starter in Chicago, or is he here to push Trubisky to play at a higher level next season?  The answer I believe, is a little bit of both.

Foles joins a very good Bears team on paper, loaded with talent on offense.  But for whatever reason, they couldn’t get any traction last season.  Four times, Chicago scored 13 points or less, all losses in an 8-8 season.  Losses that included a 26-3 beatdown by Kansas City without Patrick Mahomes, 21-13 to the Packers, 17-7 to the Rams, and 10-3 to the Packers to open the season.

And that’s a big reason why going into next season, Chicago will have Nick Foles at quarterback.  Should Trubisky struggle again, then Foles is playing.  If Trubisky plays well and gets back to 2018 numbers, then Foles becomes a commodity for Chicago.  A safety net to injury, or a trade piece later on.

It’s honestly a win-win for the Chicago Bears, and a good move for their quarterback group.