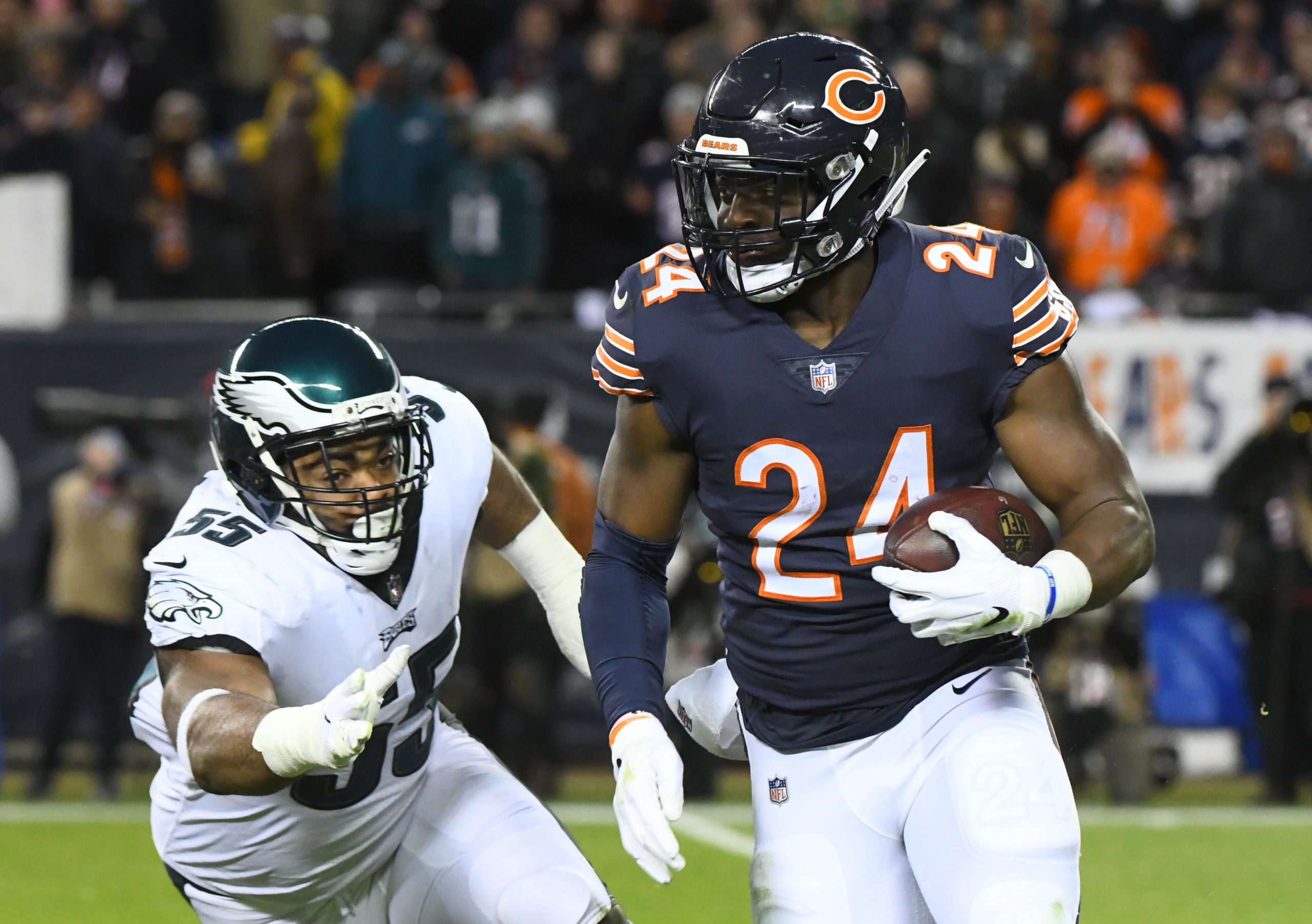 After deciding not to sign Le’Veon Bell or Tevin Coleman in free agency, the Philadelphia Eagles made a trade on Thursday night to upgrade the running back position.

According to multiple reports, the Eagles acquired Jordan Howard from the Chicago Bears in exchange for a sixth-round pick in the 2020 NFL Draft. The draft pick can ultimately become a fifth-round selection.

It appeared that Howard’s days in Chicago were numbered last season with second-year running back Tarik Cohen playing an integral role in Matt Nagy’s offense.

Last season, the former fifth-round pick failed to reach the 1,000-yard rushing mark for the first time in his young NFL career. Howard only had 935 yards on 250 carries and nine touchdowns with a disappointing ypc (yards per carry) average of 3.7.

Earlier this month, it was reported that multiple teams reached out to Chicago about a potential trade for the former Indiana Hoosier running back.

However, this is not the first time that we’ve heard Howard being linked to the Eagles. Before the trade deadline took place in October, ESPN’s John Clayton mentioned on 94WIP that the 24-year-old back was an option for Philly.

While the Eagles definitely needed a running back at that time with Jay Ajayi out for the year with a torn ACL and Darren Sproles nursing a nagging hamstring injury, leaving them with Josh Adams, Corey Clement, and Wendell Smallwood.

They ultimately made the decision to trade for  Detroit Lions veteran wide receiver Golden Tate III instead.

Nevertheless, Howard should provide Philadelphia with the workhorse/lead back they have searched for over the last two seasons.

He is a tough downhill and in-between the tackles runner, which is what the Eagles need in their running back by committee system. We saw what LeGarrette Blount did in the Eagles’ offense in 2017 in a limited role.

Just imagine what a motivated Howard can do, who is in the final year of his rookie contract.

Furthermore, even with the acquisition of Howard, the Eagles still should think about selecting a running back in next month’s NFL draft. While they do not have to spend a first or second-round pick on one, which has been the consensus in various mock drafts.

They could still use a dynamic back that cannot only be effective in the running game but also be a weapon in the receiving game.