What to expect from Coach Budenholzer in Milwaukee 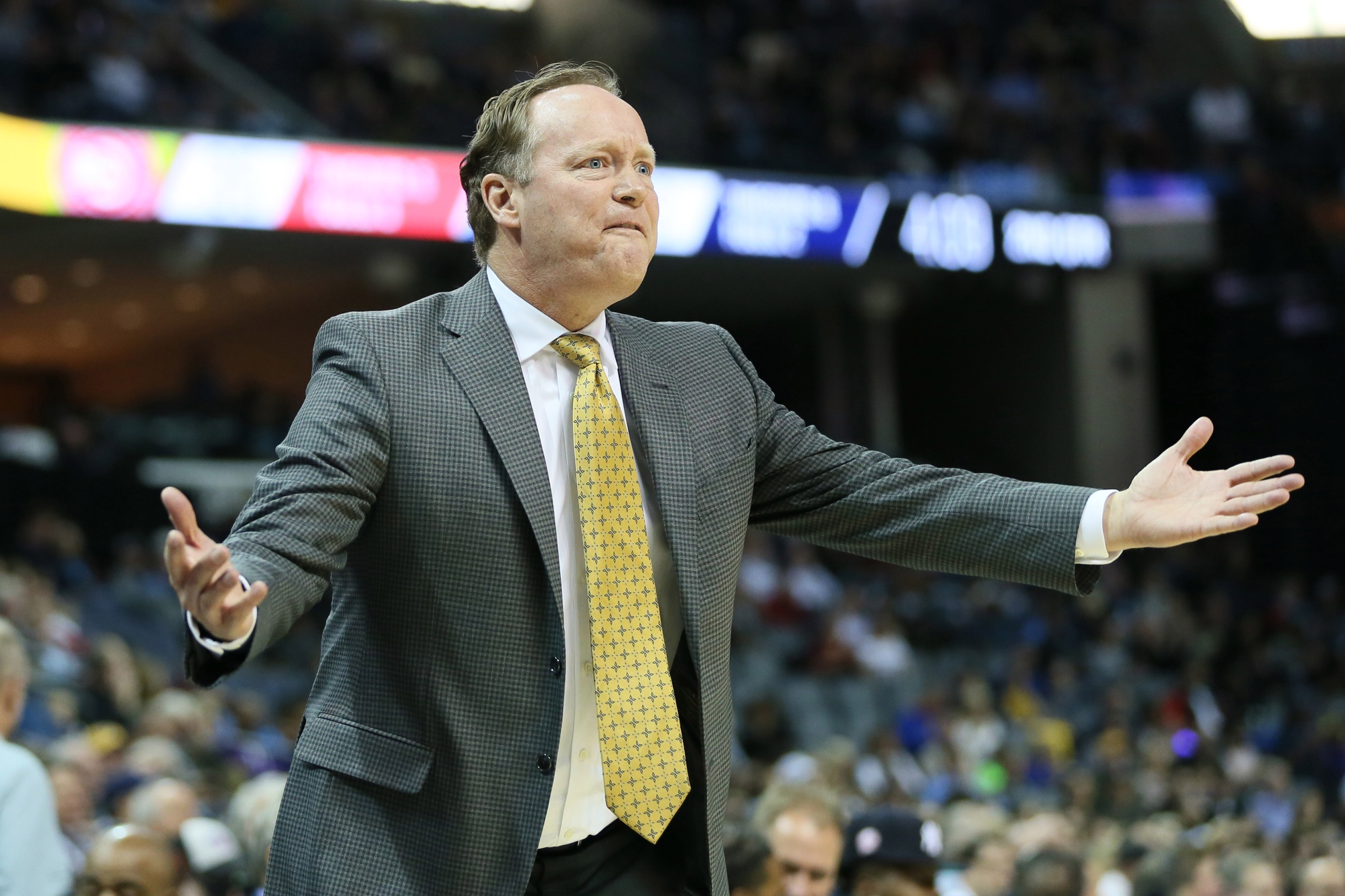 A descendant from the San Antonio Spurs tree of coaching, Mike Budenholzer has had some impressive career moments. Remember when he led the Atlanta Hawks to 60 wins during the 2014-15 season? The Milwaukee Bucks are hoping Coach Bud can work his magic once more and improve upon last year’s 44 win total.

There is reason to be hopeful. The Bucks have retooled their roster with some key offseason acquisitions. They added a floor stretching center in Brook Lopez and reunited another 3-point shooter, Ersan Ilyasova, with his old coach. In case it wasn’t obvious that the Bucks wanted more shooting, they went out and drafted sniper Donte DiVincenzo from Villanova.

Finally, Milwaukee can keep Giannis Antetokounmpo surrounded with floor spacers at all times. This basketball philosophy is not unfamiliar to Budenholzer, as his Hawks teams deployed lineups with four, and sometimes five 3-point marksmen.

Next year, the Milwaukee Bucks could run out plus shooters like Khris Middleton, Malcolm Bridges, Ilyasova and Lopez next to Giannis. I know it’s still early Fall, but I just got chills. Their small-ball lineups are just as tantalizing. So, how will Budenholzer’s offensive scheme mesh with the Bucks roster?

In Milwaukee, I expect Budenholzer to run the same free-flowing offense he installed during his early Hawk years. The Bucks now have the talent and spacing to mimic it. He will also sprinkle in horn sets but add a key twist to them. But now, let’s discuss those Al Horford era Hawks.

Contrarily, last year the Milwaukee Bucks ranked 25th in 3-point attempt rate and 14th in assists. Expect these numbers to change drastically. To understand how, check out a play where Millsap finds Horford in the corner for a 3-pointer.

Here, Millsap fakes a screen and dives towards the rim while Teague passes him the ball. The weak side help is sucked in and Horford is wide open for a corner triple, which he buries. Simple, no?

Look for Budenholzer to utilize another one of his favorite sets for setting up corner 3-pointers. This play sends the ball cross court to find the open shooter. Watch how John Collins resets his screen then dives to the rim to draw in the help defense. Malcolm Delaney stays calm while being hedged and finds Mike Muscala for a wide open shot.

The Milwaukee Bucks can copy and paste this play into existence. They can even use Giannis, an underwhelming 3-point shooter, as the dive man. His explosiveness and lob-catching ability will attract the helpside defense.

In the video below, Giannis was the screener and then rolled to the hoop. He is so skilled at finishing at the rim that he draws four defenders to the paint. Unfortunately, only Khris Middleton on the left wing is in position to catch and shoot a three. This will change with Budenholzer as the head coach.

When being used as the screener, which is not often, Giannis still ranks in the 64th percentile with 1.15 PPP (points per possession.) Coming off screens he put up an astonishing 1.43 PPP and finished in the 97th percentile. Off of handoffs Giannis created 1.16 PPP and ended in the 90th percentile. Yet, former coaches Joe Prunty and Jason Kidd hardly took advantage of their star forward’s off-ball skills.

Should Budenholzer strictly use Giannis as a screener, or perhaps run him through picks? Of course not. But, the offense as a whole would benefit from Giannis being more frequently deployed this way. Running his style of horn sets will help. But first, we must show how stale the Bucks offense was in horn sets last year.

This set begins with Bledsoe taking a dribble-handoff from Tyler Zeller. If that doesn’t make you want to vomit, take a look at Giannis just standing in the corner with no purpose. The play turns into a horns set. Zeller dives to the hoop but this allows Jaylen Brown to switch back onto Bledsoe and Horford to recover. It results in a contested midrange jumper.

The Bucks do a good job stretching the floor here, but Zeller is the wrong person to dive to the rim. If Giannis is the roller, he can command enough attention that Brown will have to stick with him and allow for Bledsoe to take advantage of a mismatch. Budenholzer will adjust his personnel accordingly.

Yet, it would be criminal to use Giannis as a roller too much. In the clip below, imagine Lopez in the role of Horford. Instead of rolling, Horford pops after his dribble-handoff. Atlanta has four-out and Horford only dives when he senses an opening. Throughout this entire set, Hawks players never spend more than a second in the paint, which allows Schroder to drive the lane and score.

In the play featured above, Giannis would play the part of Mike Scott (32) but be even more effective as a diver. Middleton could adopt the roll of wing Thabo Sefolosha and Snell could set up in the corner like Korver. Bledsoe or Brogdon run the point.

If nothing else, the Milwaukee Bucks postseason loss to the Boston Celtics was incredibly frustrating. They possess the talent to make some postseason noise, but their offensive schemes lacked imagination and therefore, effectiveness.

Fortunately, Budenholzer is as a creative as they come. The Bucks have the personnel to adopt Budenholzer’s principle of floor spacing and will benefit from free-flowing movement. Giannis will benefit the most, however. There will be no more wasted time hanging around in the corner.

In Atlanta, Horford and Millsap expanded their roles and became effective playmakers both on and off the ball. Budenholzer will do the same with Giannis, and maximize his role as a both the creator and recipient of offensive sets. If that doesn’t send shivers down your spine, I don’t know what will. A 50 win season is not out of reach.

(In fact, I am putting so much stock in the Budenholzer impact that I have the Bucks finishing 3rd in the East…but ssshhhh… don’t tell anybody!)