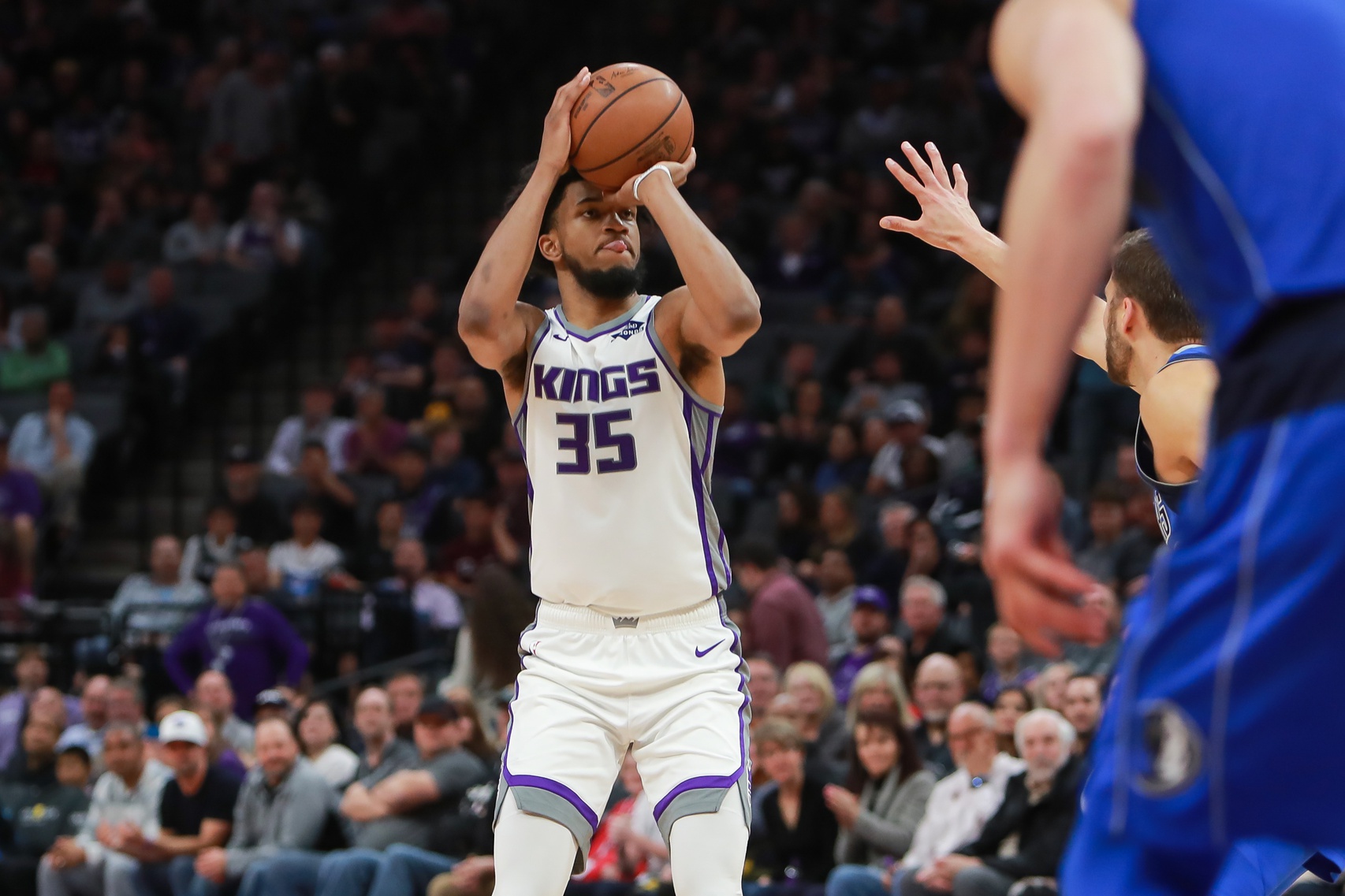 With many teams identifying small-ball systems as the future and present, it’s easy to dismiss Marvin Bagley’s skillset as somewhat traditional, outdated, and even a blast from the past.

Measuring in at 6-foot-11, you would think Bagley’s future would be at the center position if it weren’t for his drawbacks on defense. Compared to traditional centers like Jarret Allen and Jusuf Nurkic, Bagley’s shot blocking and interior defense are not quite up to par. Instead, his numbers suggest he belongs at the power forward position.

But wait, Bagley is to big and slow for the modern day four? Wrong. Bagley is one of the more fluid and agile floor runners in the league for his size.

With strides like Giannis’ and hops like a young Westbrook, his size becomes more of a blessing than a curse. Imagine a small ball team with an undersized power forward like PJ Tucker trying to contain a powerful Bagley in the post.. It’s quite the ask.

Bagley also possess that generational second jump, meaning his ability to crash the offensive glass. It will provide the Kings with many second and third chance possessions, especially when many opposing power forwards will be 4 – 5 inches shorter than him from the outset.

But with Bagley clogging up the paint, there will be less space for De’Aaron Fox to work his magic? Wrong. Bagley may be a little shy on the jumper in the interim, but he has already shown significant progression since his lone year at Duke and his rookie season.

Yes, Bagley shot 39.7 percent from the college 3-point line in his first season at Duke before regressing to 31.1 percent in his rookie NBA season, but don’t be alarmed.

This recession is not uncommon when transitioning to the deeper NBA 3-point line. What’s also important to note is that 31.1 percent is by no means a terrible shooting percentage for a big man. For reference, Chris Bosh who is thought of as a genuine stretch four shot, only 33 percent over his entire career.

And lets be real here. Bagley has plenty of time to hone his craft. Remember DeMarcus Cousins? It took him six years to attain a respectable shooting percentage of 33 percent.

Karl Anthony Towns, who is regarded as one of the better 3-point shooting big men in the league shot 34 percent in his rookie year, improving to 37 percent and 42 percent respectively.

Steady improvement like this is by no means out of the question for Bagley, and leading into this sophomore year, he still has plenty of time.

But why assume he will follow this pattern of improvement? Firstly, his jump shot is by no means broken. It looks alright, and while it’s not the most confident stroke, it’s a lot nicer than say, Markelle Fultz’.

Secondly, Bagley shot 61 percent from the line at Duke which obviously is nothing to brag about. But after his rookie year he increased that to just under 70 percent.

While this is a small improvement, it is improvement nonetheless. He has a solid form and he has two of the better shooting teammates in the league in Bogdanović and Hield, helping him improve his craft.

And don’t forget that with the recent acquisition of Dwayne Dedmon, the kings finally have a genuine 3-point shooting big man, which will likely have a positive effect on Bagley’s own performance.

Hear me out. He doesn’t need to become the next Steph Curry, launching it from halfway, or James Harden with his questionable step backs. Hell, he doesn’t even need to be on KAT’s level.

As long as he can shoot the ball well enough to draw the defender out of the paint, then the opportunities become endless.

As long as Bagley keeps shooting, he is going to become a reliable 3-point threat. This will space the floor for Fox and friends to cut and slash all game.

By stretching the floor, this rapid Kings team will become even more lethal and dynamic, giving them a great shot to end their playoff drought.